The Truth about Living in Phoenix, Arizona

Everyone seems to have an opinion when you tell them you’re moving. “It’s always raining in Seattle!” or “The traffic is awful in Chicago!” And those naysayers have plenty to say about living in Phoenix, Arizona! The heat, the crowding, the lack of seasons, what’s true, and what isn’t? We’re going to dive into the facts and weed out the myths, and make sure you know everything you need to know before moving to Phoenix.

It’s too hot in Phoenix in the summer

First and foremost, the heat is probably the biggest inconvenience when living in Phoenix. With an endless summer; so to speak, the actual summer months are nearly unbearable. (Or, actually unbearable, depending on whom you ask.) The temperature climbs well into the 100’s many days, sometimes into the 110s and 120s (Farenheit). With heat like this, it’s almost too hot to leave the indoors sometimes.

For some people, the heat isn’t too awful, and gives them a chance to jump in the pool or work on their tan. It depends on how well you tolerate heat, but yes, Phoenix is really, REALLY hot in the summer. 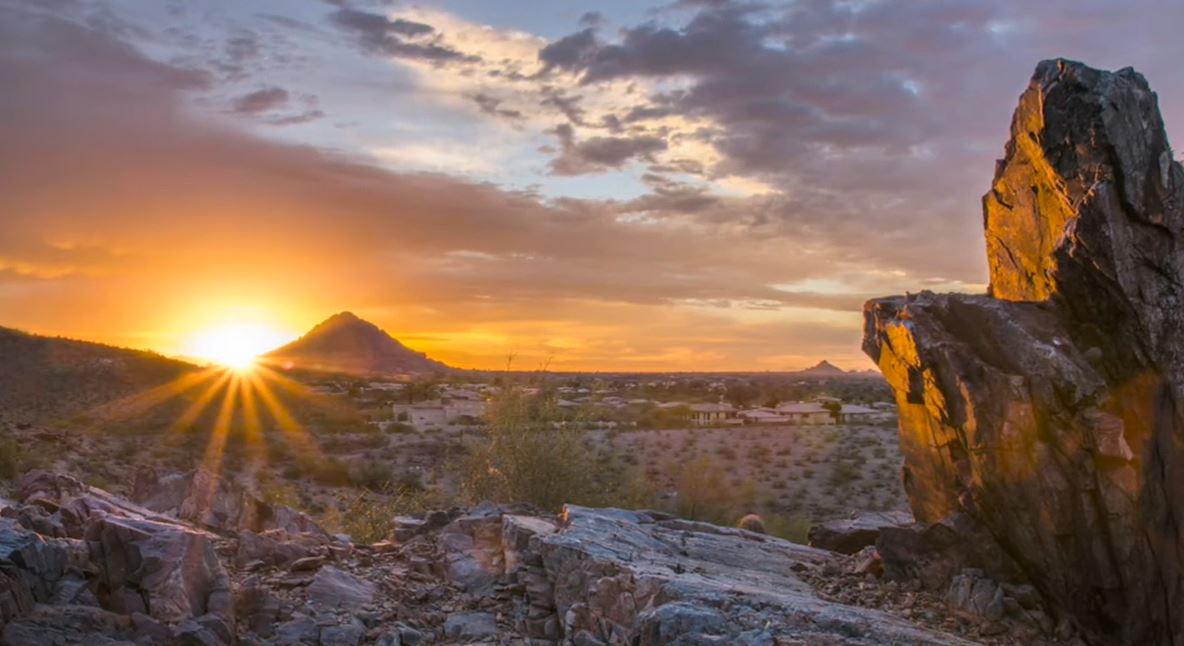 Is it hot year round in Phoenix?

While the summer months are indeed an inferno, by October the winds of change blow through the desert, bringing cooler nights and mornings, and by the time you’ve finished the last turkey leg and are ready to break out the Christmas lights, the weather is just absolutely wonderful. Best of all, this weather lasts all winter long. From November through April, Phoenix experiences lovely, cool, temperate weather. Perfect weather for a light jacket. Keep in mind the desert gets cold at night, so you’ll still actually experience some evenings that get close to or below freezing.

As you probably know, Arizona is a Mecca for retirees for just this reason. No snow to deal with, no sleet, maybe some winter storms roll through, but they come in the form of rain and that never caused anyone to slip on ice!

Are pools a necessity for your home?

Another common misconception is that everyone in Phoenix has (and has to have) a pool. True, they are pretty common in the southwest, because they can be enjoyed more months out of the year, if not all year long if they are heated. Admittedly, it’s a very nice respite to be able to jump in on a hot day to beat the heat. But you by no means need to have a pool, especially if you aren’t really a “pool” person. You might not be the kind of person who enjoys swimming, being in the water, or lounging poolside with a beverage and a good book, so if you aren’t, there is no need to have a pool that is both expensive and time consuming. 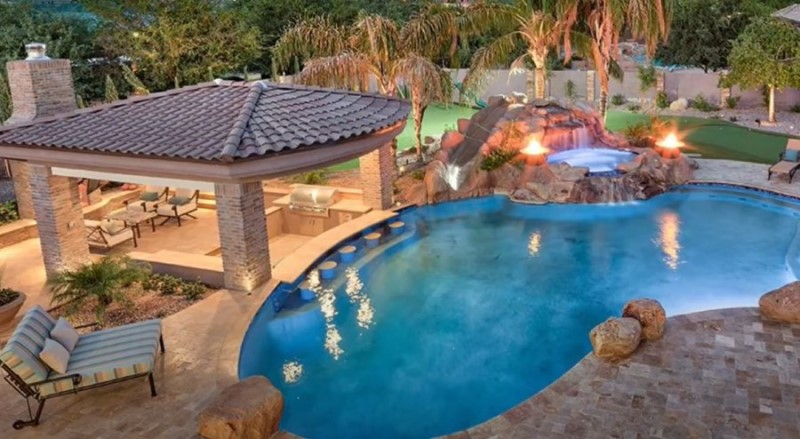 No matter where you get your information, it seems to be a common thought that Phoenix is an affordable and cheap place to live. While it’s more affordable than Los Angeles, or New York City, it’s by no means cheap, and it’s becoming more and more expensive with every year that passes.

Home prices are going up, and transportation is pretty expensive in Arizona, due to high registration and insurance fees for vehicles. If you think moving to Phoenix is going to allow you to live the lifestyle of the rich and famous on a middle class American salary, you might want to adjust your expectations to better meet reality. If you happen to be moving to Phoenix from one of these more expensive cities; however, you could find the prices to be a breath of fresh air, especially when it comes to groceries, dining out, and overall living expenses.

As a melting pot area, there are definitely many kinds of people who end up in Arizona, some of them better drivers than others. But in all honesty, any big city is going to have its fair share of traffic nightmares, and that includes the ability levels of drivers. Yes, there’s a good amount of senior drivers on the roads with the large retiree population in Phoenix, but usually these people aren’t flying around the freeways, they’re just headed to the grocery store or an Early Bird dinner special. Just get in the passing lane and go about your day. You’ll be fine…everything is fine. 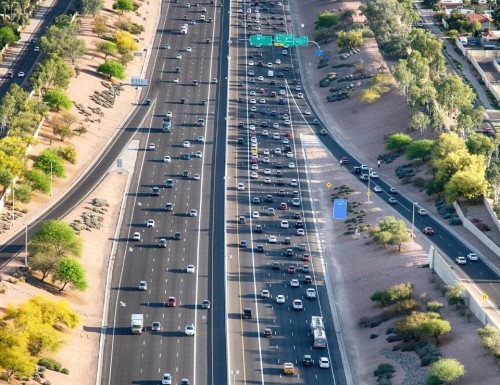 Learn More: What is the cost of living in Phoenix?

There’s nothing to do during the summer months in Phoenix

The excessive heat can undoubtedly wear on you, but a little planning can make your summers much more comfortable. Plan outdoor activities around the coolest parts of the day, and indoor activities for the hottest parts of the day. Phoenix has plenty of museums, shopping, dining, and other indoor things to offer during the summer months. If you still want to get outside, take advantage of water parks, or pools to help vanquish the sweat beads.

Many restaurants with outdoor seating have misting systems to keep people cool during their stay, and as long as you stay in the shade, you should still be able to find copious activities to engage in during the summer months in Phoenix. Let’s not forget, if it ever gets to be too much, Phoenix is a short drive from plenty of fun weekend getaways with higher altitude and lower temps.

The desert biome that Phoenix calls home can be an adjustment to new residents. If you’re coming from the Midwest, PAC Northwest, or honestly anywhere else in the country besides the southwest, you will probably miss greenery. Arizona completely lacks deciduous forests, and though you can absolutely find some evergreens and firs in areas like Flagstaff, for the most part, foliage is sparse in the Phoenix area. In its place you’ll find cacti galore. From tall, towering saguaros, to short, squat barrel cacti, to spindly cholla and everything in between, succulents thrive in Phoenix. Much of this landscaping is beautifully cultivated, but for many, it can’t replace the feeling of walking under a maple tree ablaze with orange in the fall, stepping on crunching leaves and breathing in the earthy scent left by a cool autumn rain. 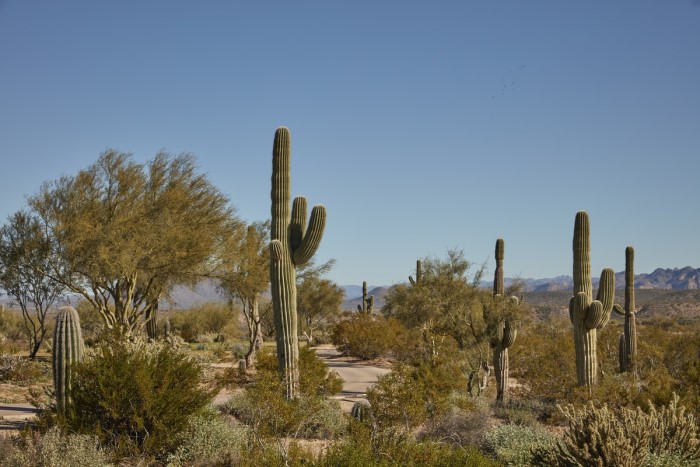 Learn More: What is it like living in Arizona versus California?

Speaking of the leaves in the fall, let’s talk about seasons…or lack thereof. For those who grow up in areas without seasons, this won’t seem like such a big deal, but if you’re moving to Phoenix from somewhere with beautiful fall leaves and winter snowfalls, sometimes the holidays just don’t feel right.

Carving a turkey in a cable knit sweater when it’s 80 degrees outside makes it a little bit hard to get into the Thanksgiving spirit. When the little ones wake up to discover the new Barbie Jeep Santa brought them, then take it for a spin outside in a t-shirt, you might find it hardly feels like Christmas morning.

Unfortunately, this is just a reality of desert living, one of those “you win some, you lose some” things. Hopefully you and your family can still find plenty of holiday cheer no matter what the weather has to say about it!

“Lions, and tigers, and bears, Oh my!” Just kidding, we have none of those. Well, maybe a mountain lion every now and then. But without large carnivorous fauna, you’ll still find plenty of creepy crawlies to fear in Phoenix. Rattlesnakes, scorpions, venomous spiders, and many more reptiles and invertebrates call this desert landscape home, and honestly; they were there first.

Though these creatures can be dangerous if you come in contact with them to the point of getting bitten, most of them want nothing to do with you, and are just trying to go about their lives (just like you.) You don’t need to fear moving into a scorpion infested home if you move to Phoenix, in fact you probably won’t even see them that often. Give them space, and you’ll be fine. Keeping screen doors closed can help to keep them outside, and if you happen to be outside and see them, just steer clear, and keep a close eye on pets who might not be weary enough to do so on their own.

Let’s end with one of the biggest issues in our country currently, the COVID19 pandemic. Like every large city in the U.S., Phoenix has experienced a reasonably large number of positive COVID tests, and the numbers continue to rise. This doesn’t necessarily mean more and more people are being infected, but represents that more people are able to get tested now than we had the capability for six months ago.

All residents and visitors in Phoenix are required to wear facial coverings when leaving the house, and social distancing is requested everywhere. Most places have capacity limits and tape on the ground denoting where to stand to socially distance while waiting in lines. While it’s hard to know exactly what is going to happen, you can rest assured Phoenix, just like many other cities in the country, is doing everything it can to ensure its people stay safe until we can put this pandemic behind us.

Thinking of moving to Phoenix?

If you’re thinking about moving to Phoenix, then hit us up! We can help you find your perfect Phoenix home, in the right neighborhood for you.

← Cost of Living in Chandler, Arizona The Best Neighborhoods to Live in Phoenix, Arizona → 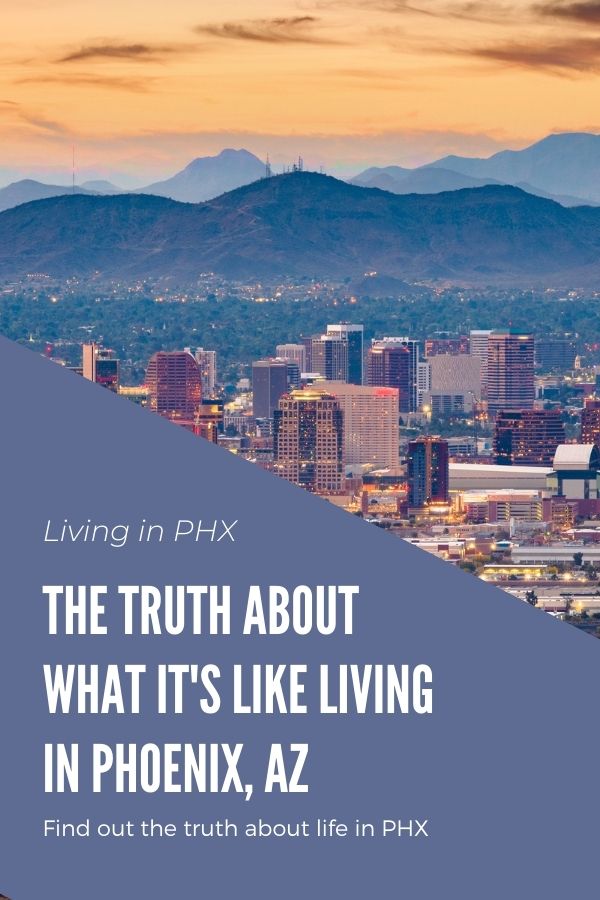 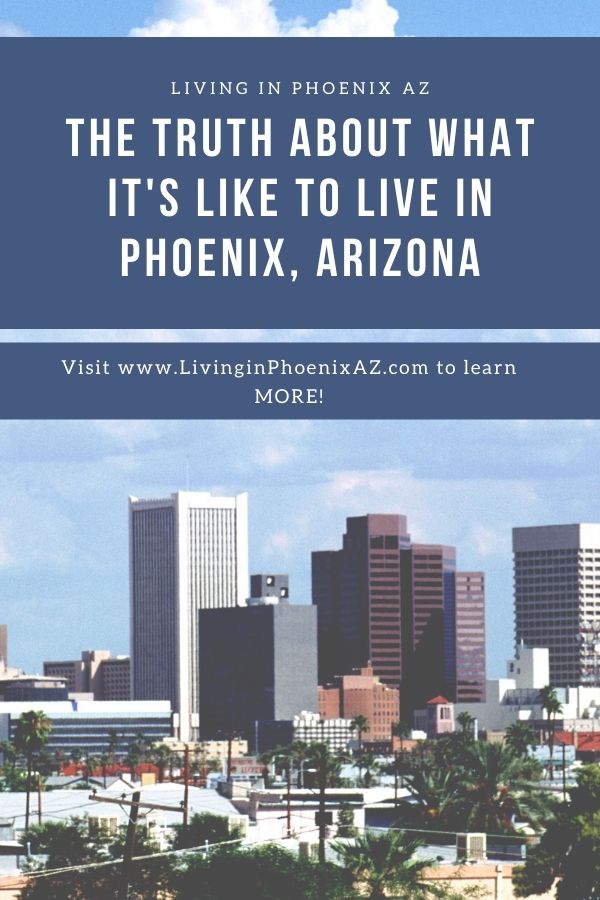 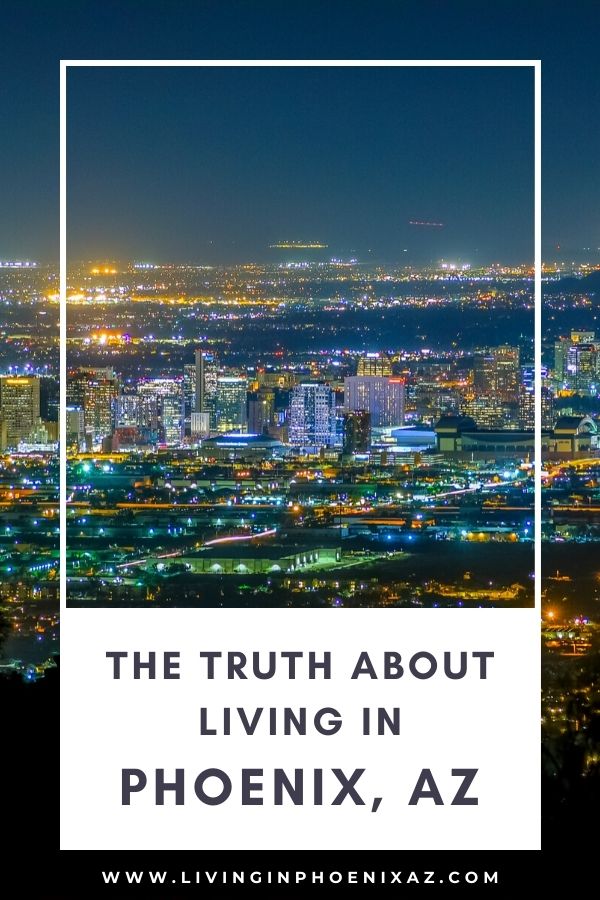 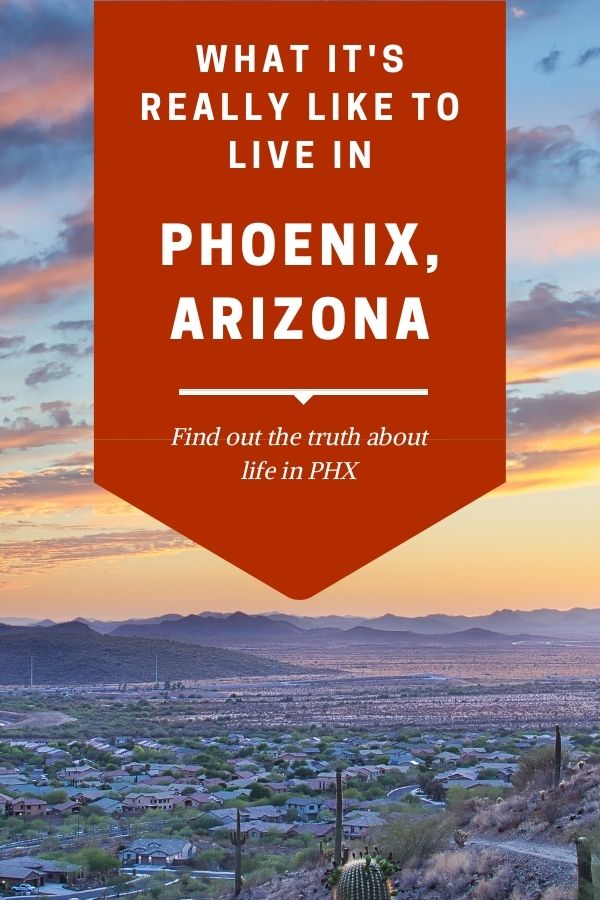