8 Things I hate about living in Phoenix, Arizona

Phoenix living has a lot to offer residents of the valley. But sometimes, it’s just the worst. From the dashboard-melting heat, to the dirty air, to the nearly obscene amount of cacti, here are eight things Phoenicians hate about living in Phoenix.

The summer in Phoenix is hot. Really hot. Some days even twenty degrees hotter than a hundred. Sidewalks and pavement get so hot animals (and even people) can’t walk on them. Asphalt starts to soften, and cars sink in slightly where they are parked. If you don’t have a shaded place to park your car, the beating sun can destroy your dashboard and cause it to warp.

Summer weather stretches well into the fall, meaning you’ll likely often still be sweating in November while you carve the turkey in a too-hot sweater. There isn’t ever really a “cold” time in Phoenix; it’s summer, and the slightly-less-hot-not-summer.

Electric bills also spike during the summer, so it’s not only miserable to be outside, it’s expensive to even keep the inside bearable. Residents who defend the weather claim it’s a “dry” heat, in reference to the arid desert climate, but truthfully, that does little to mitigate its effects.

Yes, there are places where it is that hot and wet (like, the middle of The Amazon) but assuming we aren’t cruising down a piranha-infested river in remote South America on a regular basis, the heat is still miserable when it’s dry. 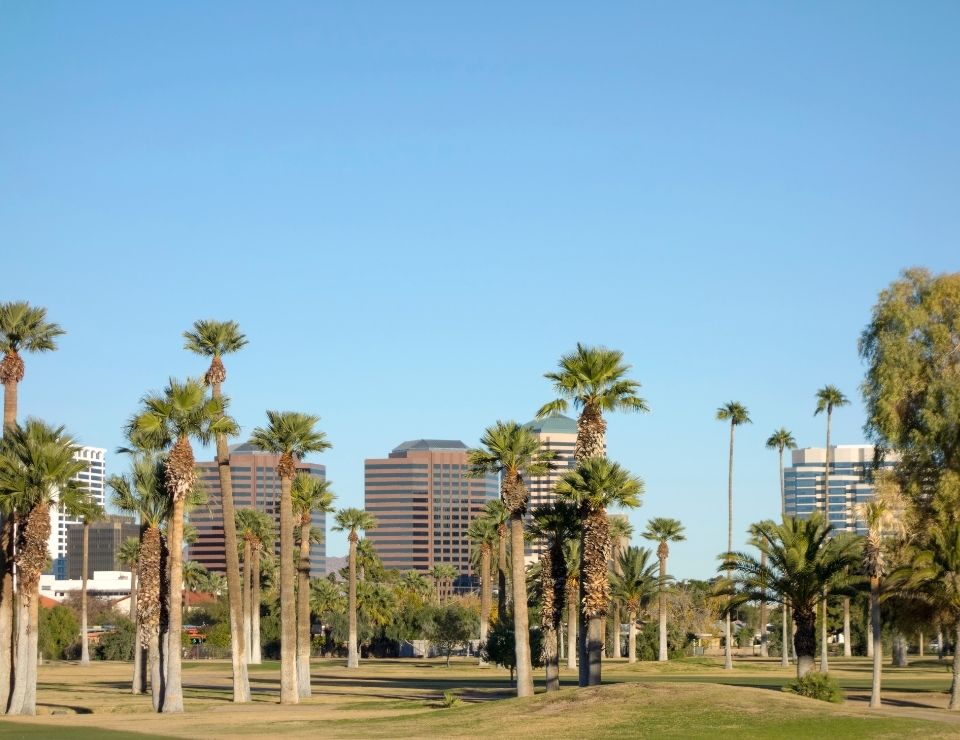 Learn More: 10 Things to know about Moving to Phoenix, AZ

Whether you have visited Phoenix or not, one thing is pretty clear as soon as you arrive. Everything looks just about the same. Every community or neighborhood has a southwestern, adobe or mission style, terracotta roof kind of look. For the most part, one looks just like the next. You can also bet they will all be beige. Homes line the streets looking like a row of Hummers. Some parts of town have a bit more character, but as the Phoenix Metro grows the character is increasingly pushed out by the “blah.”

If you were blindfolded and dropped into a neighborhood anywhere in Phoenix, it would be hard to pinpoint where you are upon removing the blindfold and looking around. Perhaps an exception to this theory would be older parts of town. The “cookie cutter” look really didn’t come about until the second half of the twentieth century, so there are still some unique gems to be found out there, but they are few and far between (and probably expensive.)

3. There is such a thing as too much cacti.

Crooning cowboy songs of yore chronicle breathtaking desert sunsets and sleeping under unspoiled starry skies. But if you aren’t a cowboy, or you’re coming from the Midwest, PAC Northwest, or honestly anywhere else in the country besides the southwest, you might get sick of the monotonous and barren desert landscape. Most of the American Southwest lacks deciduous and boreal forests, and though you can find some evergreen trees in areas like Flagstaff, for the most part, foliage is sparse.

In place of all the lush greenery many of us know and love, you’ll find cacti galore. From tall, towering saguaros, to the short, squat barrel cactus, to spindly cholla and everything in between, succulents thrive in Phoenix. You might think you like cacti.

After all, the motif has adorned many a trendy coffee tumblers and the Target bedding department in recent years. But live in Phoenix long enough and you will learn to hate them. The Phoenix landscaping is beautifully cultivated, but it can’t replace the feeling of “real trees.” 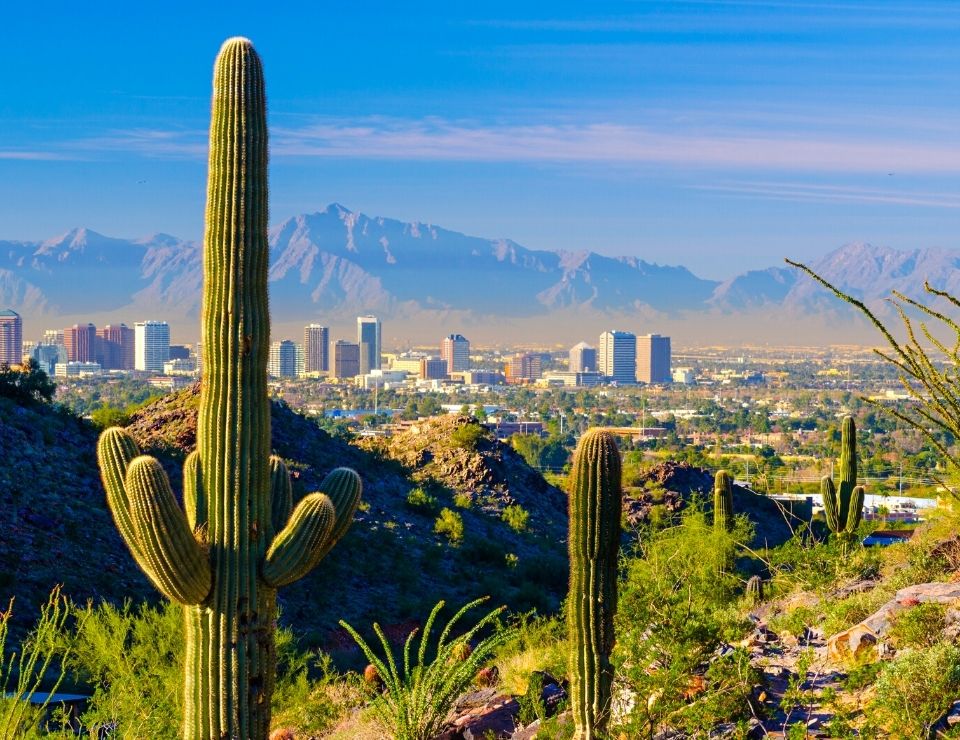 Learn More: 5 Reasons why people are moving out of Phoenix, AZ

In 2020, Phoenix was ranked one of the nation’s most highly air polluted cities by the American Lung Association. So, a city that boasts all the outdoor activities it offers is full of dirty air to breathe once you get out there? Great.  In the ALA State of Air report, not only was the state’s largest metropolis given a poor grade, but countless other cities received F grades, reflecting widespread air pollution throughout the state.

While alarming, it’s not surprising to find that the lower atmosphere hovering above a constantly growing state is becoming more polluted. Every new person brings with them the carbon emissions of their daily lives, and Phoenix is the fastest growing city in America. As the situation grows more dire, even Clean Air Act regulations are no match for sheer numbers.  The air pollution in Phoenix is only going to get worse over the years, no matter how many electric cars come to our rescue.

5. Phoenix is pretty expensive for a town everyone thinks is affordable.

No matter where you get your information, it seems to be a common thought that Phoenix is an affordable and cheap place to live. While it’s more affordable than Los Angeles, or New York City, it’s by no means cheap, and it’s becoming more and more expensive with every year that passes.  The cost of the average home in the area is over $431,000, which isn’t all that affordable for many Americans.

Home prices are going up, and transportation is pretty expensive in Arizona, due to high registration and insurance fees for vehicles. If you think moving to Phoenix is going to allow you to live the lifestyle of the rich and famous on a middle-class American salary, you might want to adjust your expectations. If you happen to be moving to Phoenix from a more expensive city; however, you could find the prices to be a breath of fresh air, especially when it comes to groceries, dining out, and overall living expenses. Still, for the average person, living in Phoenix is pricey and getting worse all the time. 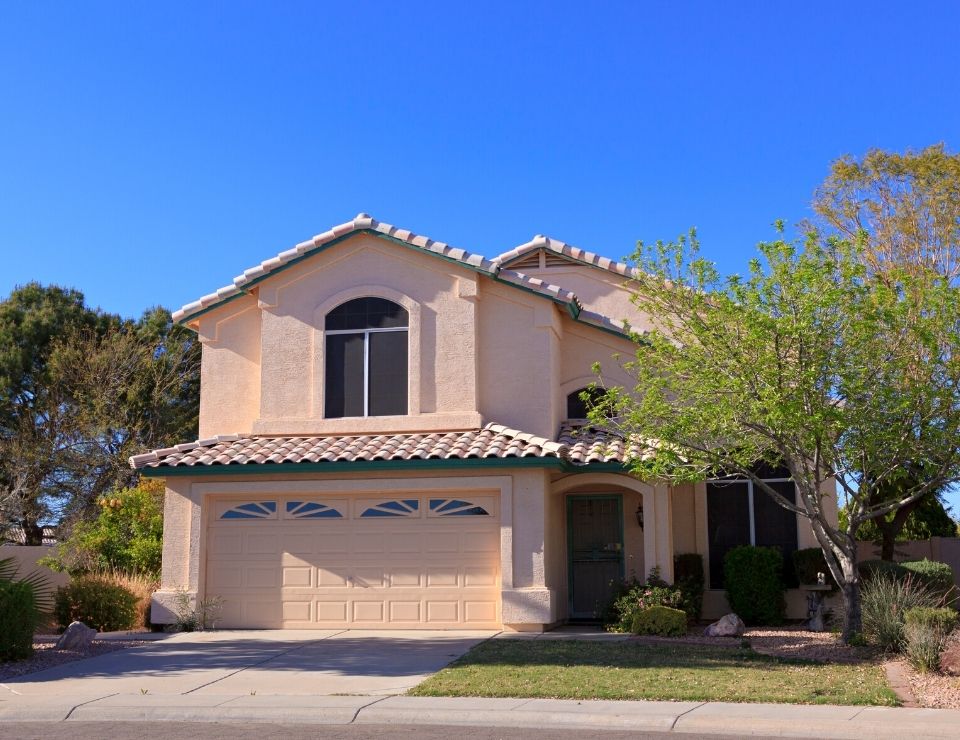 Learn More: Living in Phoenix vs Living in Tucson

6. The desert is full of creatures trying to kill you.

Midwesterners can get out of here with their bees and ticks and occasional raccoons digging through the trash. The desert is scary, man. Scorpions, snakes (venomous and otherwise,) lizards, cockroaches, tarantulas, bats, and plenty more roam the neighborhoods of the Phoenix area. Coyotes are as common as dogs (but they are wild, hungry dogs that want to eat your pets.) It’s not at all uncommon to be walking at dusk and come upon an unsuspecting rattlesnake, causing him to coil and hiss in defense.

If you are squeamish about coming in contact with wildlife, Arizona is probably not the place for you. No matter how “city” you think your living situation is, you’re going to come in contact with creepy crawly animals in Phoenix. To be fair, they aren’t actually trying to kill you. In fact, they are probably more worried you’re trying to do the same to them. Most of the time, these animals just want to be left alone and have no interest in wreaking havoc on the city like a miniature Godzilla. Still, spiders the size of a tennis ball that are covered in hair are a big no thanks. 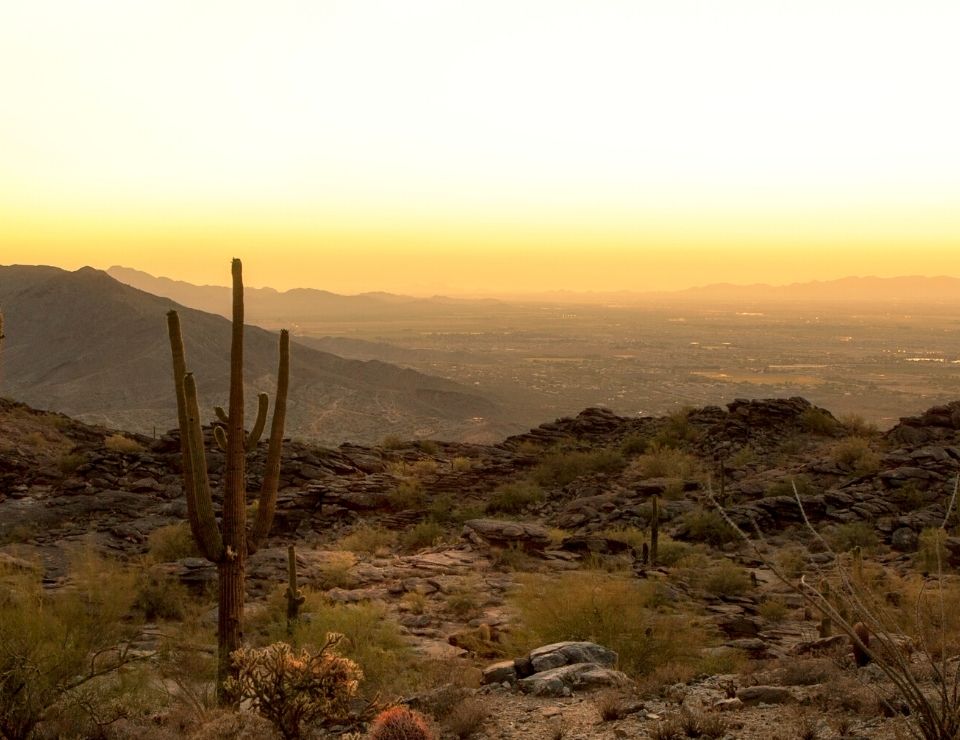 7. There are too many people living in Phoenix, AZ

Everything about Arizona is becoming crowded. The job market is growing more competitive by the year. Houses sell before they can even go on the market. Because there are so many people looking for housing, the sky-rocketing rent prices are met, meaning they only go higher.

If you won’t pay it, someone else will (and the city is getting more and more full of somebody else’s.) You can still find suburbs that are pretty small and low in population, but even sleepy parts of Phoenix are growing, so it probably won’t stay small for long.

If you want to get out and about in that beautiful desert landscape that everyone is coming for, you’ll find yourself one with nature…and everybody else. Campgrounds and National Parks are full to capacity before you can even start packing your tent. Wilderness permits for backpacking areas are extremely difficult to get, and even if you do get them, you can still expect to see people everywhere. In the wilderness…mmm, peaceful.

Fourth of July cookouts and pool parties are all fine and dandy, but some things just don’t feel right when it’s hot out. That first fall morning when the air smells earthy is not only an indicator of the crimson leaves to come; it’s a mental indicator of time that is passing.

The falling snow that tells little ones Christmas morning is right around the corner is delightful and incites joy in children both young and old. In Phoenix, you won’t have any of that. Yes, grinning pumpkins still adorn doorsteps in October, and people still decorate cacti and palm trees with colorful Christmas lights, but it’s undoubtedly just not the same.

Still, want to move to Phoenix?

Nobody is perfect, right? If you are considering moving to Phoenix, at least now you know the nitty-gritty. Reach out to me at AZLiveStyles if you are thinking of relocating to the Phoenix area, I would love to help you find your next home.