5 Reasons Why Are People Moving Out of Arizona

Arizona is one of the nation’s greatest gems. The rolling deserts and starry night skies that have beckoned cowboys and dreamers have captivated many a wild heart. They’ve also beckoned about 760,000 people just in the last decade. With statistics indicating a population that only keeps growing, why are people moving out of Arizona? Maybe it’s the heat, maybe it’s the dust storms, or maybe it’s the looming sense that the future is not quite as bright as it once was for the youngest state in the lower 48.

Top Reasons Why People are Moving out of Arizona

Let’s get this out of the way; there are still plenty of people moving to Arizona. The information here isn’t claiming that Arizona is experiencing an exodus. In fact, quite the opposite…and that’s the problem. For more than a half decade Arizona has seen an influx of new residents relocating from the nearby West Coast. Cities like San Diego, Los Angeles, and San Francisco have always been exorbitant. But in recent years, a seller’s housing market that has grown to almost inconceivable home prices has made homeownership and even renting nearly unattainable. These priced out Californians are left with the dilemma of living within their means and residing in a shack, or moving pretty much anywhere else. The comparable weather and proximity has made Arizona a prime choice for these Golden Coast transplants.

Arizona doesn’t owe its growing population to the Golden State entirely (although it does account for over 60,000 of Arizona’s new residents in 2020.) People from every corner of the country have been flocking to the Phoenix Metro Area for nearly a decade. The weather is (usually) temperate, the geography is beautiful, and all of this comes at a fraction of the cost of many other highly desirable areas. Arizona is no longer just a flocking ground for snowbirds. Everyone wants a piece of this pie, and the pie wasn’t really made to serve this many people.

Everything about Arizona is becoming crowded. The job market is growing more competitive by the year. Houses sell before they can even go on the market. Heaven help you if you want to get out and about in that beautiful desert landscape that everyone is coming for, because you’ll find yourself one with nature…and everybody else. Campgrounds and National Parks are full to capacity before you can even start packing your tent. Wilderness permits for backpacking areas are extremely difficult to get, and even if you do get them, you can still expect lines and congestion to rival Disneyland in the summer. For many people, this crowding is tarnishing the beauty of Arizona, causing it to lose its luster. 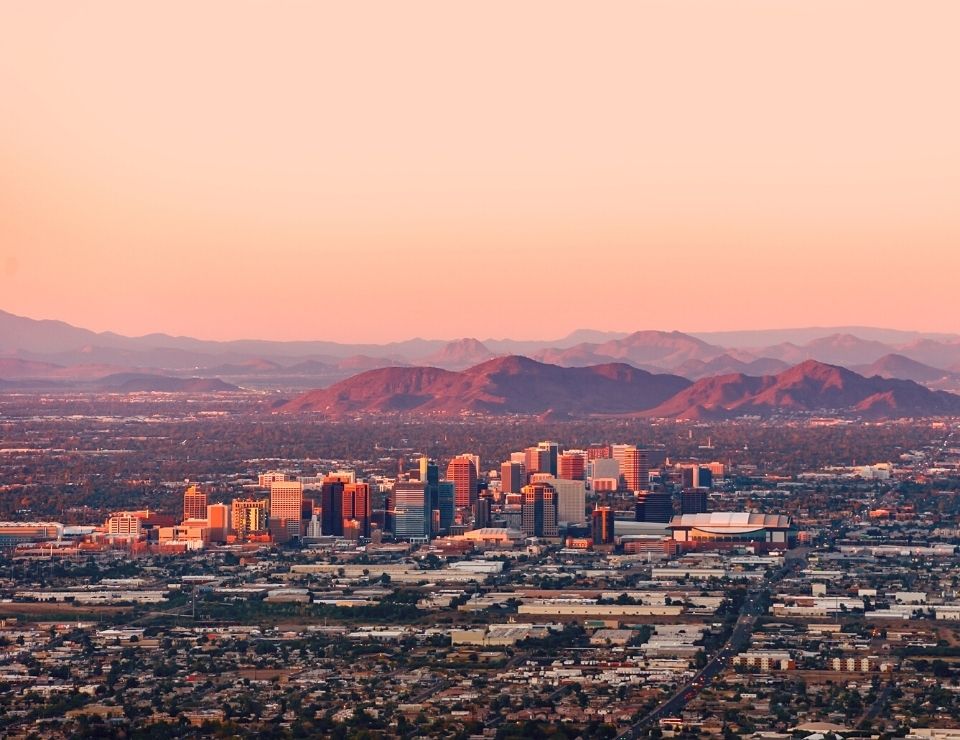 Competition drives inflation.  When everyone wants it, there’s always somebody that will pay more to have it. While Arizona has for decades been known as an affordable place to call home, this is hardly true anymore. Yes, compared to the 3K monthly rent for a studio in San Francisco, Arizona is more affordable. But it isn’t the dirt cheap “Come to Arizona where you can afford a three car garage and a mansion!” place many seem to think it is.

Not only is it not cheap, it’s getting dangerously close to becoming too expensive for residents who have called it home for their entire lives. In another five years, we could be looking at another California situation. Some residents would tell you we already are.

One of the largest demographics represented in the last decade of new Arizona residents is Millennials. Young professionals fresh out of college and looking for first or second “real world” jobs have found Phoenix to be the perfect place to spread their wings, yet still be caught by the safety net of living in one of the most affordable big cities in America.

But as the affordability of Phoenix and other Arizona cities declines, and as the aging millennial population becomes parents, justifying staying in a place that is expensive, hot, and crowded becomes increasingly difficult. Of course there are suburbs in Arizona that are wonderful places to raise a family. But you could probably get a bigger house and drive a nicer car if you moved to the Midwest. Tempting, indeed. 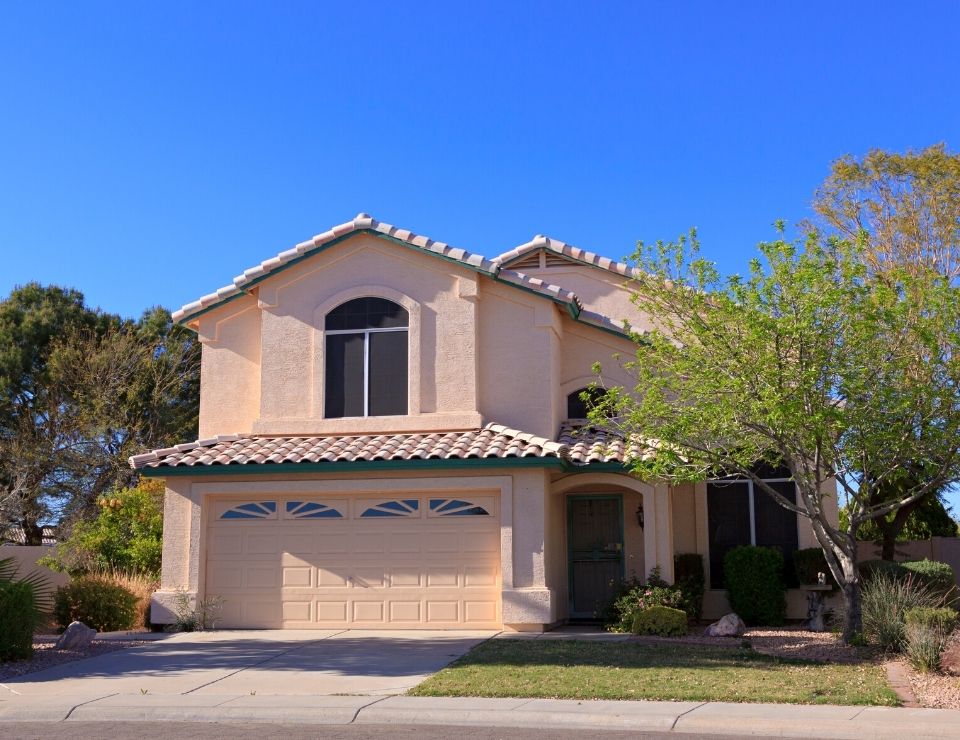 Learn More: Unique Laws to Know about in Arizona

If it feels like each of these hurdles is leading to another, welcome to the poverty cycle. Arizona, like nearly every other state reeling from the effects of the COVID19 Pandemic, is experiencing record-high rates of individuals experiencing homelessness in one form or another. The circumstances that eventually render somebody homeless are nearly innumerable, so assessing the issue and providing aid is made even more difficult. As the situation worsens in Arizona, residents are becoming more and more aware of the presence of those with no place to go.

Seeking answers for the recent rise in homelessness, incoming information from those seeking shelter is a good indicator of the most prominent current situations. Maricopa Homeless Management Information System data indicates that in 2021, the top three reasons for homelessness were overcrowding, economical struggles, and eviction. Mental health and substance abuse, two of the most highly publicized paths to homelessness, were the lowest contributing factors in this list, representing only 5% each.

Without the ability to conduct a controlled study, these statistics have to be accepted as voluntary contributions, not fact. The message, however, resounds with undeniable clarity that a growing Arizona cannot allot for all to keep up.

Arizona in the summer might as well be the surface of the sun. One of the biggest reasons people leave The Grand Canyon State is because they just can’t take the heat. Believe it or not, the desert is hot. Not the Daytona-in-July kind of hot, the triple-digits-100+-days-a-year kind of hot. Even if you think you know what you’re getting into, people tend to underestimate human tolerance for heat. Evolving beyond our cold-blooded reptilian beginnings may have allowed us to walk upright and discover relativity, but it left us pretty susceptible to the wrath of the sun.

The difference between temperatures in the high eighties or nineties, and one hundred, one-ten, or even one-twenty is monumental. Unfortunately, you really wouldn’t know that unless you’ve experienced it. People often move to Arizona so concerned with escaping snow and ice that they fail to realize how far in the other direction they’re going to find themselves come summertime. It’s safe to assume the Donner Party probably wouldn’t have fared any better in the middle of the Sonoran Desert than they did in the snow. Different is not always better. 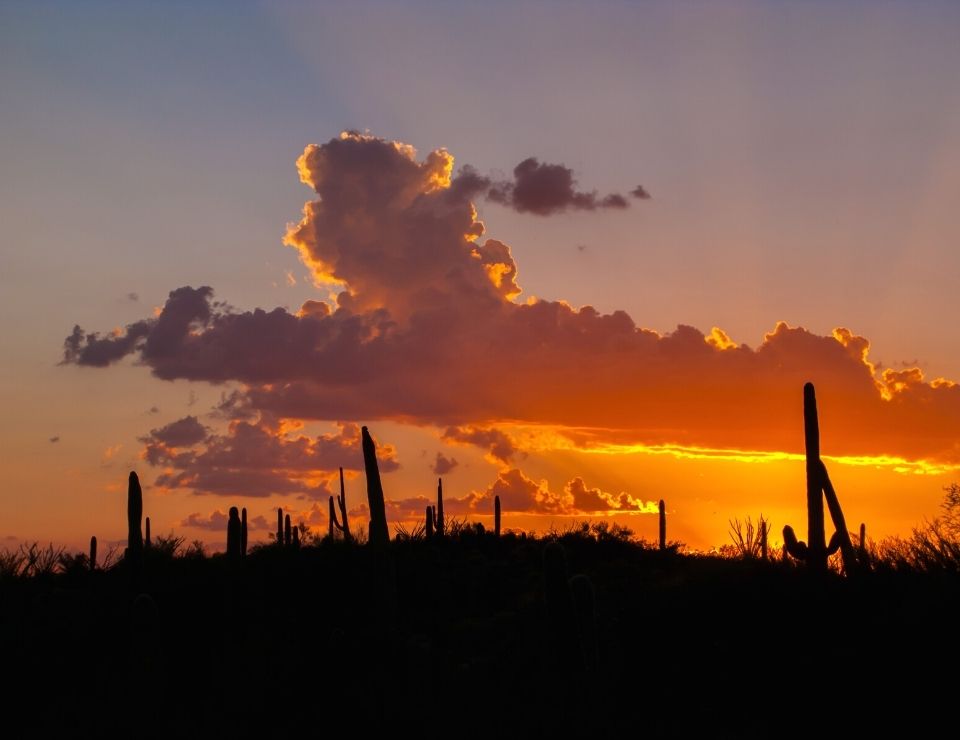 Learn More: Top Reasons why people are moving from California to Phoenix

In 2020, Phoenix was ranked one of the nation’s most highly air polluted cities by the American Lung Association. In the ALA State of Air report, not only was the state’s largest metropolis given a poor grade, but countless other cities received F grades, reflecting widespread air pollution throughout the state. While alarming, it’s not surprising to find that the lower atmosphere hovering above a constantly growing state is becoming more polluted.

Every new person brings with them the carbon emissions of their daily lives. As the situation grows more dire, even Clean Air Act regulations are no match for sheer numbers.

The geography of Arizona puts its residents at particularly high risk, especially for ozone pollution. The extreme heat, coupled with mountains and valleys throughout the state creates a “bowl” for ozone to grow and settle in. While incremental amounts of ozone dissipate within a couple of hours, even during a time of record low vehicle use during the COVID19 Pandemic, ozone levels in Phoenix refused to budge. You don’t have to stay up to date on air reports to walk outside and see the smog in the sky. Having recently moved out of the desert state he once loved, one former Arizona resident recalls “I do not miss looking out across the city and not seeing the mountains.” 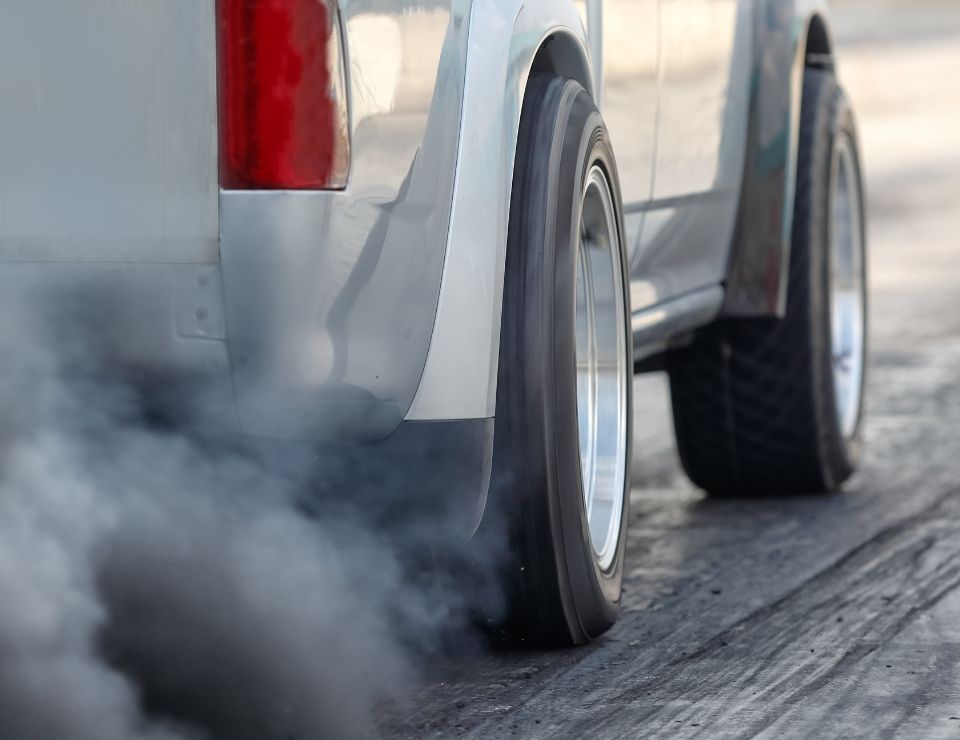 Is it still worth it to move to Arizona?

There isn’t a place on earth that’s immune to the growing pains Arizona is experiencing. Even if an area isn’t growing, that presents a different set of issues to overcome. These factors are not presented in an attempt to paint Arizona akin to Paradise Lost. At the end of the day we all have to decide if the pros outweigh the cons, wherever we decide to live. If you are lucky enough to live in a place everybody wants to move to, you probably have more than your fair share of good to outweigh the bad.

Thinking of Moving to Arizona?

Are you thinking of moving to Arizona? Reach out to me at AZLiveStyles, and let me help you find your next home in The Grand Canyon State. 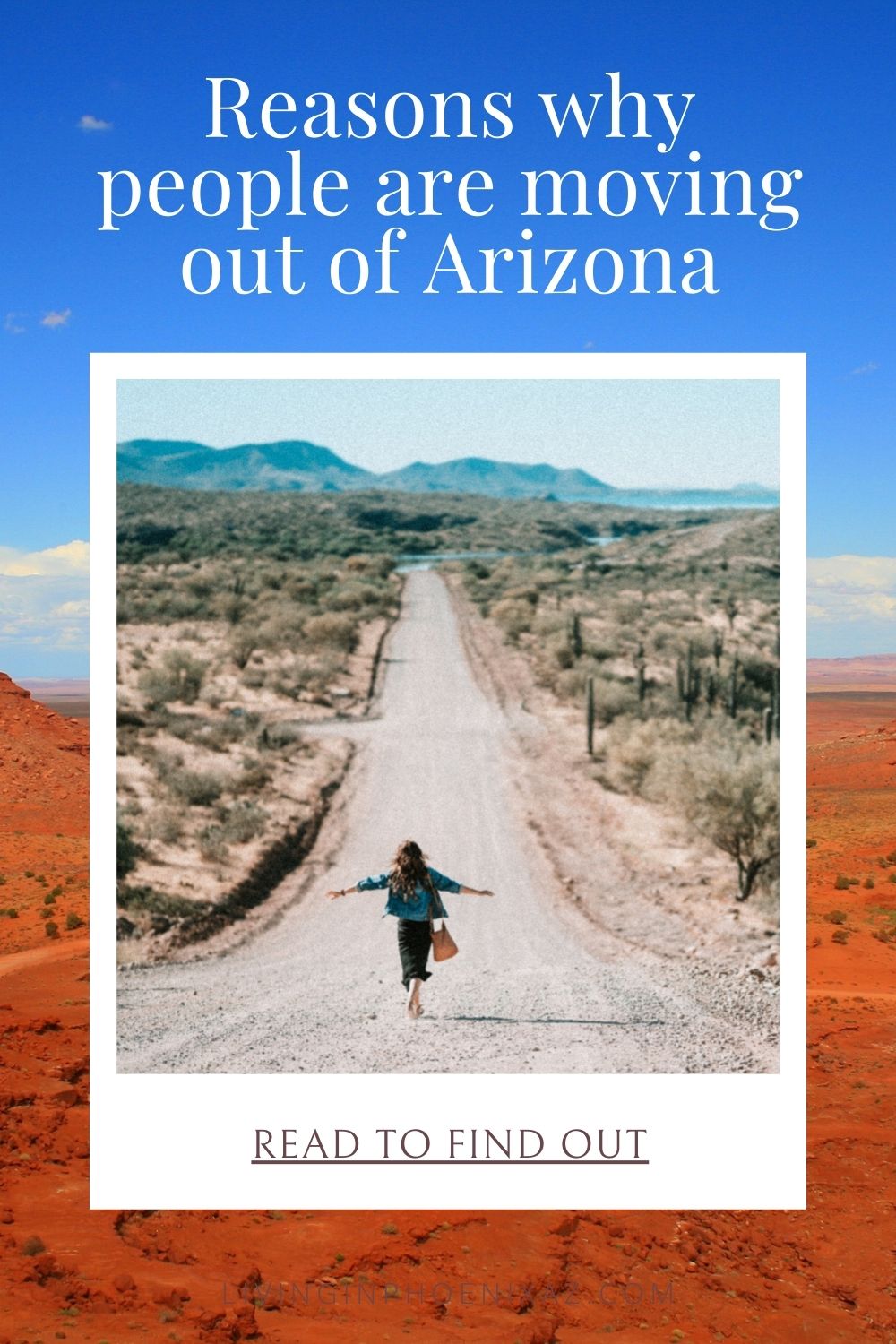 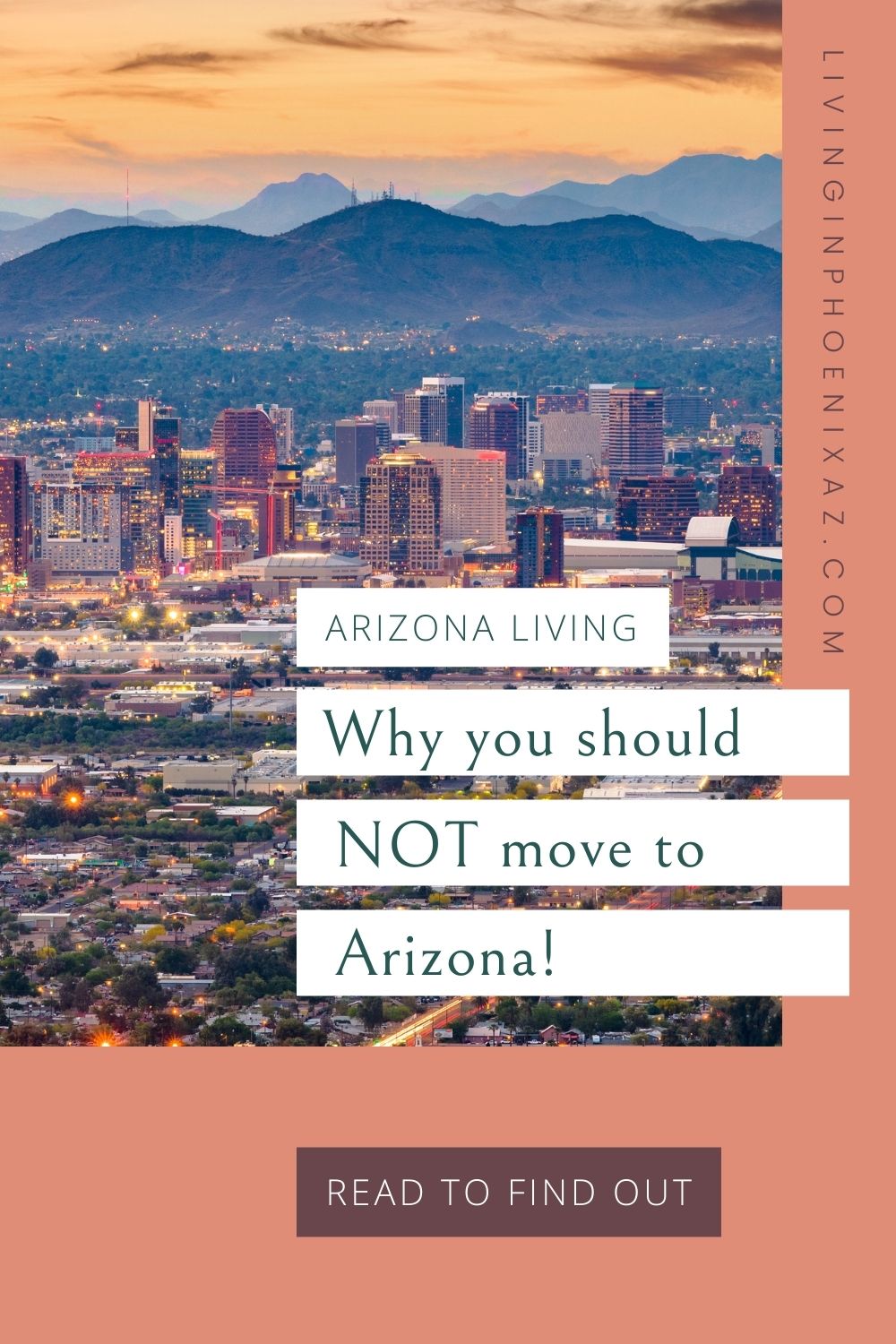 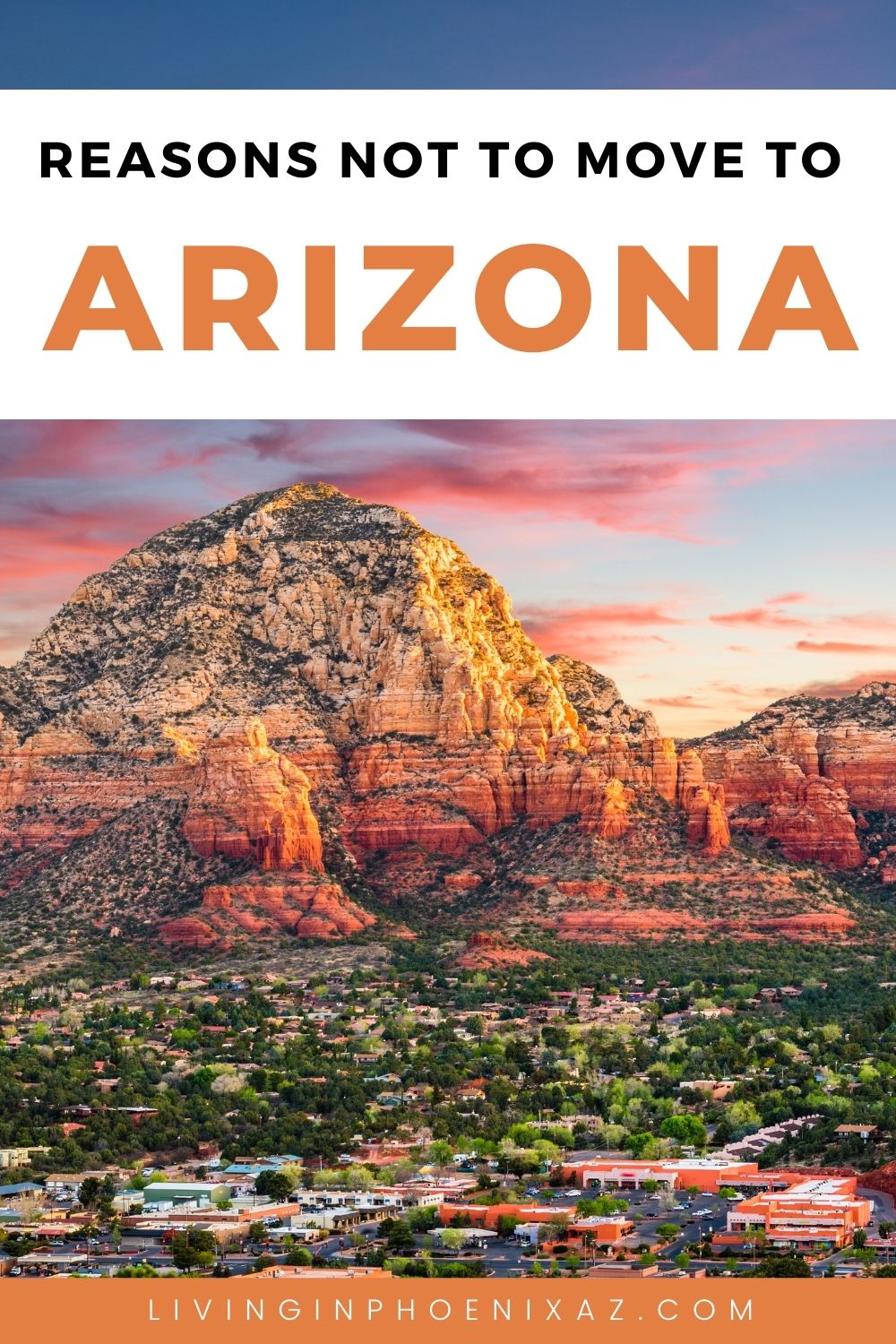 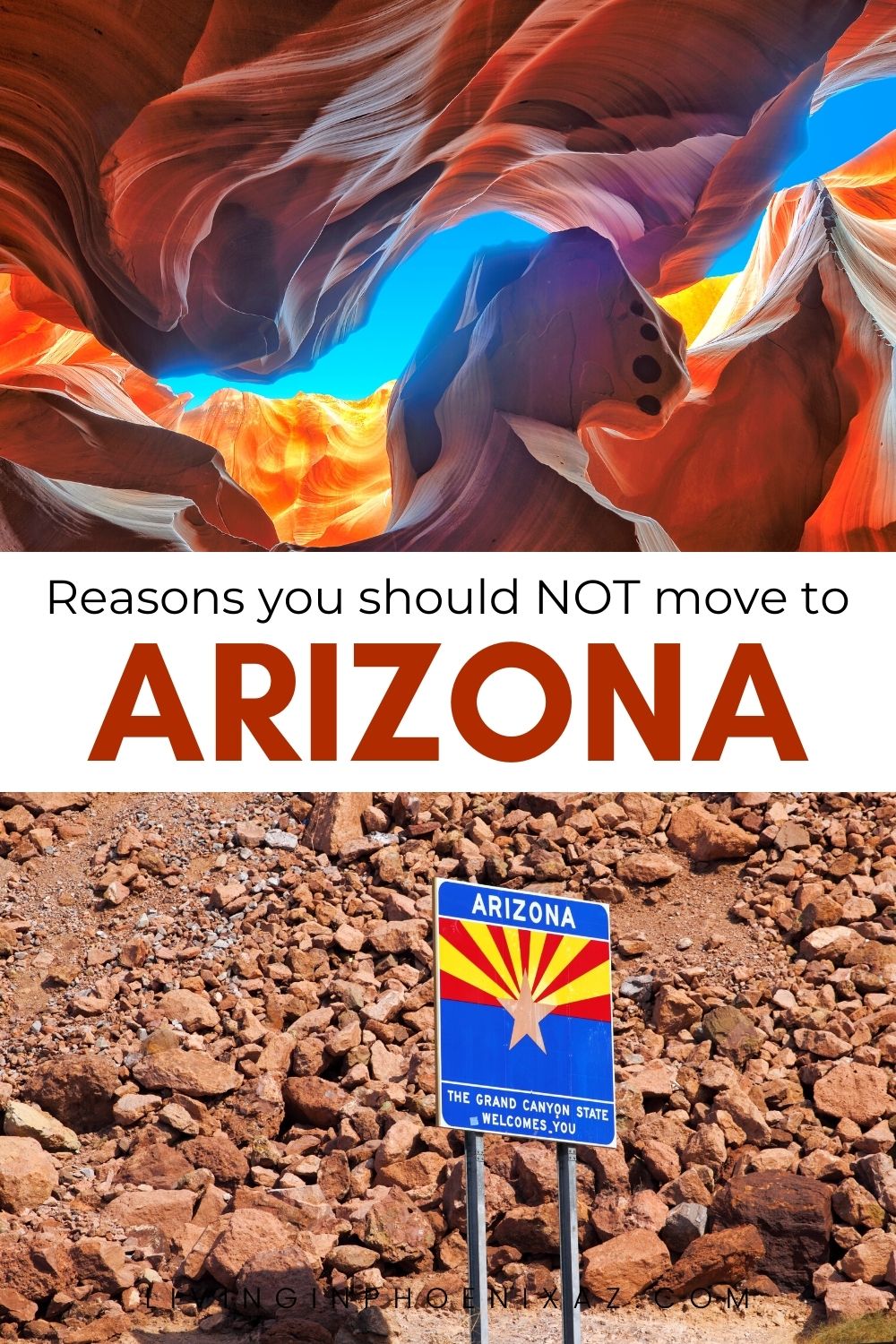