If you’re moving to Phoenix and don’t know where to start when it comes to buying a home in 2022, you are not alone! It can be hard to navigate these waters, but with the right mindset and a little bit of patience, you can still be successful. Preparation is key, so check out these five things you need to know about the current housing market in Phoenix, Arizona.

One of the biggest issues buyers are facing in any city in the United States right now is low housing inventory. These record lows mean there are just not enough homes on the market to meet the demands of potential buyers. Even though we have seen over a year of a voracious seller’s market, we’re likely to continue seeing this in 2022. Bidding wars, over asking price sales, and losing multiple offers before you secure a home are probably going to still be the norm this year. What that means for the buyer is – if you see a price you like (or can tolerate, at least) jump on it. Don’t wait for it to go down, it’s not going to.

Some realty analysts claim the current housing market could absorb one million more home listings and still remain a seller’s market. Plenty of factors play into this, including the lack of building over the last two years, inflation, and people listing homes just because of how much they can now get for them. While traditionally the market sees more listings nearing the summer months, as families move while children are out of school, this old adage seems to be out the window as of late. Homes are selling all times of the year, and quickly at that. If the first couple weeks of 2022 have shown us what the rest of the year will look like, things aren’t changing soon. 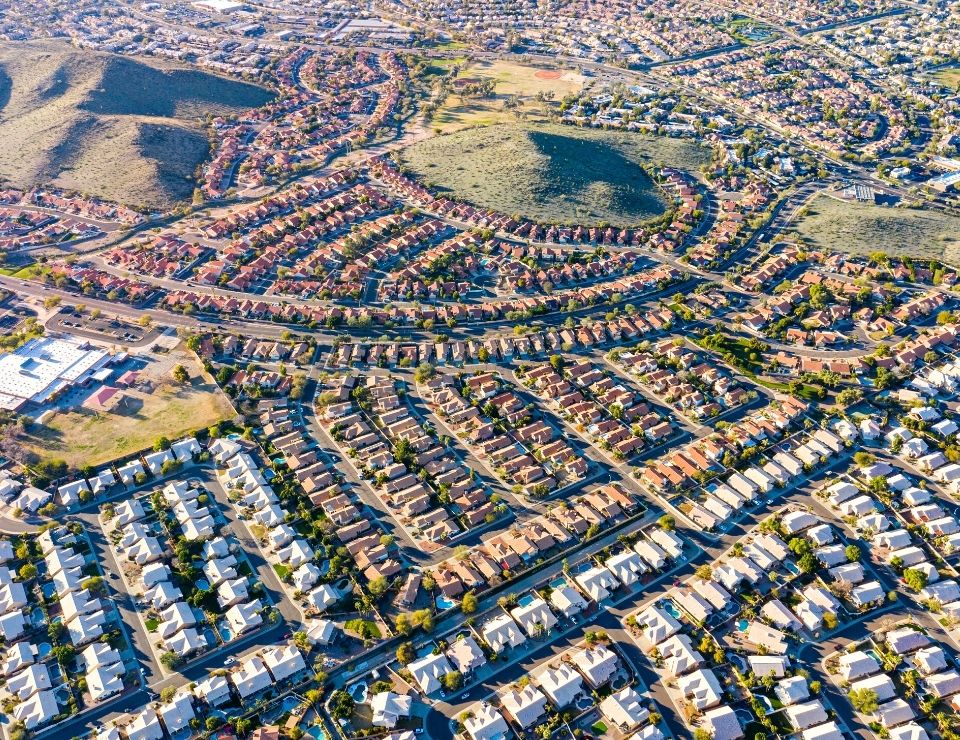 Learn More: Where to live when moving to Phoenix?

To Rent or to Buy a home in Phoenix?

With housing prices remaining cost-prohibitive to many, the question of rent soon surfaces. Is it better to rent and wait for the market to settle before buying? If I wait a year or so, will I pay a few hundred dollars less for the same home? The answer here is more-or-less “Do what feels right to you.” That being said, here are a few hard facts to help you make that very personal decision. Rent prices are rising right alongside purchasing rates. Even with rising rent, there are more renters than rentals available, and landlords know it. If you won’t pay it, someone will.

If you can’t decide to rent or buy, it might be a good idea to do both. No, not rent a place and own a place at the same time…think more “this, then that.” If you like an area and want to live there while you are trying to secure a home, renting can still be advantageous even though it’s costly.

Rent is a 0% investment because you get nothing from it other than a place to live. It will never give money back to you like an owned property can. But in this high-demand rental market, if you do find and purchase a home you like, now is an easier time than ever to either get out of your rental lease or find someone to fill it. Even if your landlord won’t allow you to break your lease, sublets and short-term rentals are at an all-time high, which puts you in a good position. 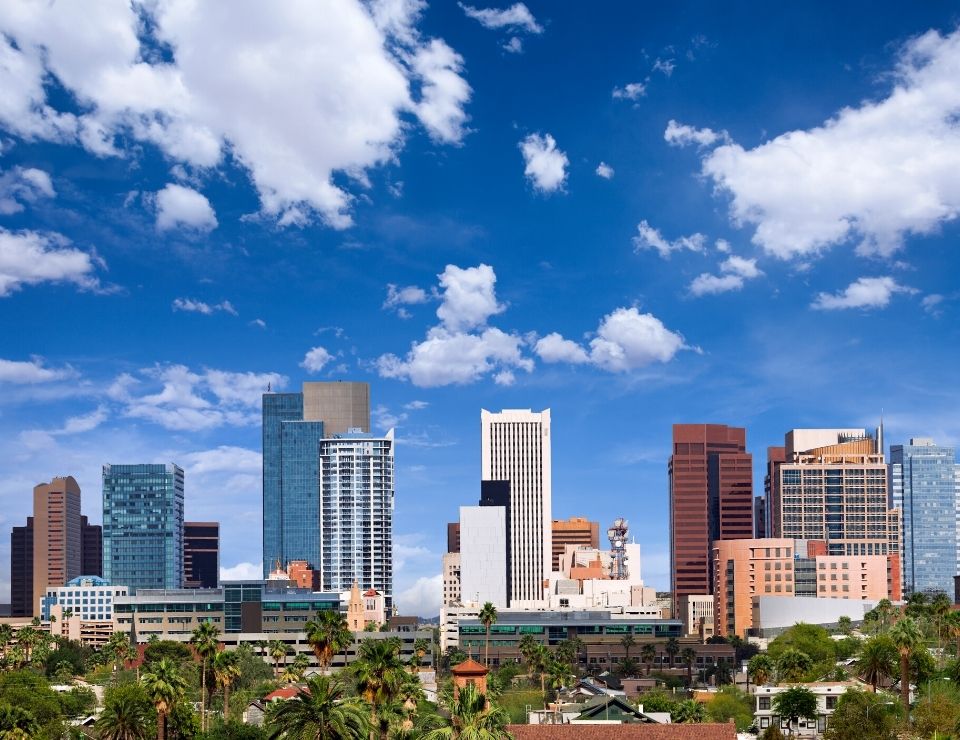 Learn More: What is the cost of living in Phoenix?

Are Home Prices going up?

The opinions on the future of the housing market are like dog breeds: there were already plenty, and we are still adding more. Some say the market must crash. Some say it’s still going up. Others claim it’s on its way towards evening out. But if you’re looking to buy a home, you likely see that prices are still going up. Even before the pandemic, the cost of housing around the United States was on the rise, especially in desirable areas. Phoenix has for years been growing in population, driving up housing prices and cost of living.

Competition drives an increase in prices, and we currently have a very competitive housing market. There are more people who need to buy a home than there are who need to sell one. Inflation has hit the entire economy as well and has trickled into the housing market. This doesn’t help a buyer either. Even in a normal, healthy housing market, you can look at the same home a few years down the road and it will cost more than it did previously. This is just Economics 101, just ask your grandfather who still feels the need to tell you how much a tank of gas cost in 1952.

Is the housing market going to crash soon?

Those who remember the housing market crash of 2008 may be wary of this market and more than a little shell-shocked. After all, nothing this drastic is sustainable forever. That is true, but our current market isn’t very comparable to the market leading up to the last crash. The last time the housing market plummeted there was a legitimate oversupply of houses. That’s almost impossible at this point. If you’re waiting for a crash so you can come swoop a steal, you might be waiting for a while. The market eventually will flatten out, and we may begin to see some of that this year, but an absolute turn of the tables is unlikely.

Even if there was no more demand (which won’t happen, ever) it would take years of building to catch up to a state of equilibrium. The past two years of little and at times no home building have put the housing market at a deficit that will be monumental to overcome. Between a full shut down of business, followed by a ripple effect of supply chain shortage, and then inflation making what little supply that could be found nearly cost-prohibitive, building still trudges along at a painfully slow rate.

Even those who could afford to pay any price don’t have any more power than the average person when it comes to speeding up the process. The sky will not open up and rain down PVC pipe and kitchen tiles any time soon, so a housing market crash offering dirt-cheap homes probably isn’t in the forecast either. 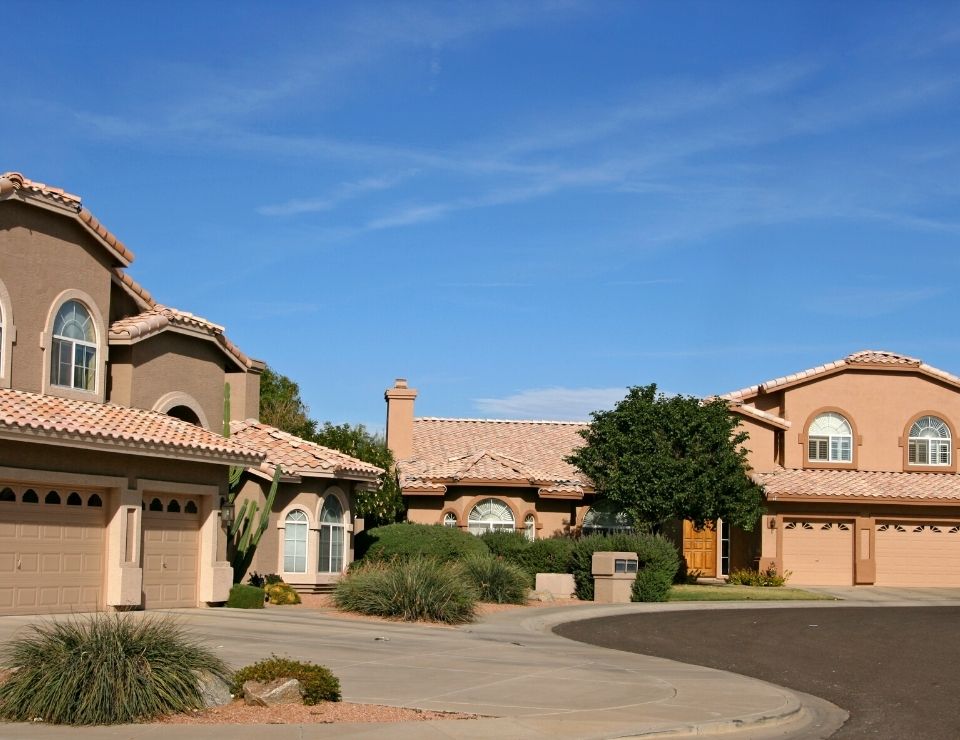 Learn More: The Best Neighborhoods to live in Phoenix, AZ

In the coming year, buyers can still expect to have to fight for their prospective home. The bidding wars of 2021 were unprecedented. Homes sold for hundreds of thousands of dollars over the asking price. It wasn’t uncommon for buyers to lose countless offers before finally being able to buy a home. Traditional practices, such as counteroffers, fell to the wayside and it seemed everything we knew to be true about the buying and selling process meant nothing anymore.

Hopefully, this pandemonium will somewhat subside this coming year but don’t expect harmony just yet. Maybe buyers will only have to offer $50K over the asking price, instead of $100K. Maybe a buyer will only lose a couple of offers instead of five or six. It’s very hard to say what the reality of bidding wars will be in the near future. Unlike other facets of the buying process, this cannot be projected as easily because it comes down to a personal decision on the seller’s end. 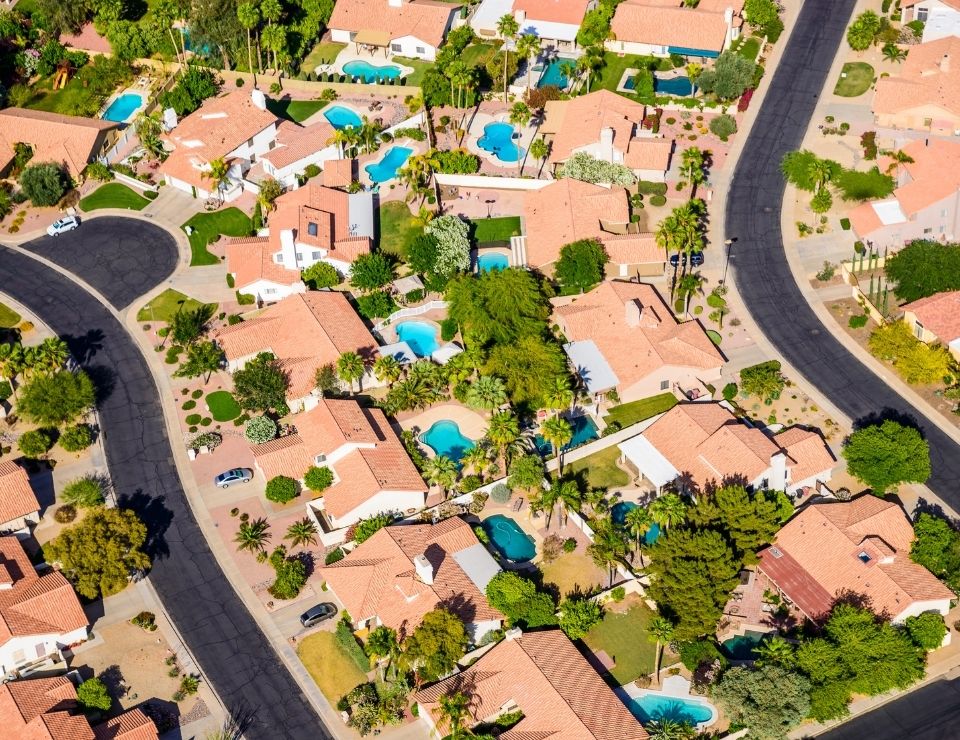 Final thoughts and tips about the Phoenix Housing Market

With all of these hurdles standing between prospective buyers and their dream home, there are still success stories. The bottom line is life must go on. It costs more right now, but it still goes on. The American economy has suffered blows throughout history greater than this, and still people bought homes, raised children, found work, and got by. The Great Depression, wartime rationing during both WWI and WWII, the oil embargo of the 1970s, The Great Recession…hard times have taken their toll, but it has never stopped Americans from moving forward.

Inflation cannot stop the need for homes. People still must move for job opportunities. People still have to buy houses to upsize, or downsize, or move closer to family. It might not look as rosy as it once did, but if you have to buy in this market, try to keep calm and remember that you will find something. Realtors are on your side, and that is important to remember, too. They want to help you find a home you love and can afford. They want to guide you on this journey so you don’t feel alone. Finding a realtor you can build a good relationship with is more important now than ever. It may be, in fact, the most important step in your 2022 home buying journey.

Looking to become a home owner in Phoenix, AZ?

Are you ready to find a home in Phoenix, AZ? Times are tough, but I am ready to guide you through every step of the process. Reach out to me at AZlivestyles and let’s get started today.

← Living in Phoenix vs Living in Denver What Does $300K Buy in Gilbert? →