Where to live when moving to Phoenix, Arizona

If you’re considering where to live when moving to Phoenix, Arizona, many factors play into finding the perfect location. There are numerous popular neighborhoods of Phoenix, but each offers something different. Are you interested in walkable nightlife? Or perhaps you are looking for an excellent school system? Maybe safety ratings are of the utmost importance to you. Or maybe you have no idea what you are looking for; you just know you will know it when you see it! Check out some of the best neighborhoods in Phoenix; each area is rated by attributes such as walkability, safety, or access to entertainment. You can’t go wrong, because there are so many wonderful places to call home in the Valley of the Sun!

Best neighborhoods for raising a family:

Chandler is one of the best places to live in Phoenix because it has a “little bit of everything.” For young couples looking to buy their first home, you can find affordable homes that are within most budgets. If price isn’t as much of a concern for you, there are also parts of Chandler where you can find multimillion-dollar homes with giant yards and sparkling pools, begging for cookouts and pool parties.  But for the most part, Chandler is known as a family-friendly place. Chandler is a perfect place for families who want to buy their first home and settle in.

Yes, it’s affordable, but there is still so much going on, so families won’t feel like they have “outgrown” Chandler. There are so many fun ways to get involved in the community, with plenty of kid-friendly activities to enjoy year-round. But there’s also a lot for the adults to do! Between the symphony, and pub crawls downtown, mom and dad can get out and have a little bit of fun on their own in Chandler. 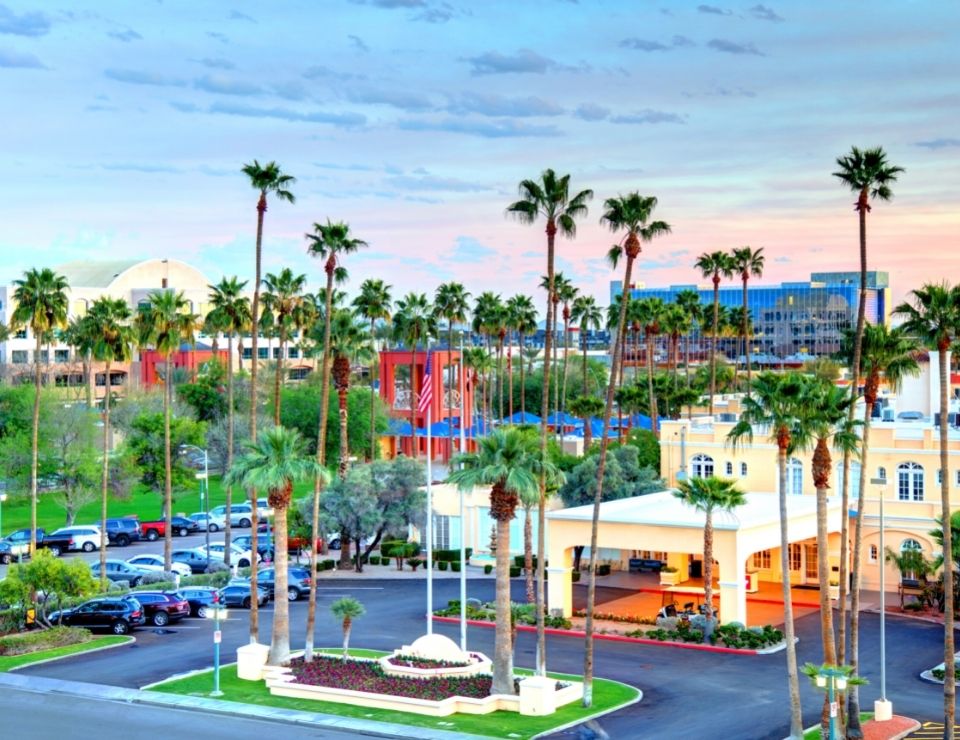 Learn More: What is the cost of living in Chandler, AZ?

Gilbert is consistently rated one of the best places in the U.S to raise a family. As you can imagine, with claims as such, this suburb is all about family. Everything about Gilbert is family-centric. There are parks and playgrounds everywhere you look. The schools are some of the best in Phoenix. Without a doubt, this town knows where it stands and what it has to offer.  Gilbert isn’t very large, and the residents like it that way.

Unlike other parts of the valley, Gilbert isn’t really growing all the time. It’s plenty big, meaning you can find everything you need when it comes to shopping, or activities, but it’s still a small town. The downtown area is very quaint and walkable. Almost all of the restaurants have outdoor seating, and welcome not only our human children, but the furry kind as well! During the holidays, downtown is extremely festive. You’ll see lights and decorations adorning the streets, and parades the ring in the season. When the summer months roll around, this same area is alive with a bustling little farmers market, where residents can purchase beautiful locally crafted goods and fresh produce. 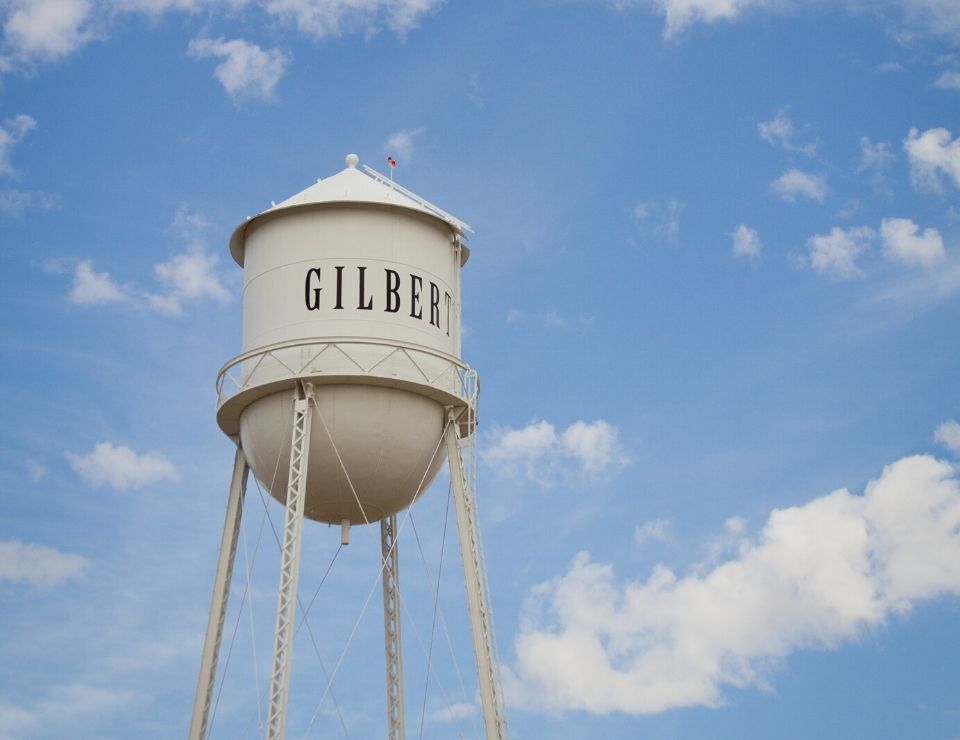 Arcadia is one of the oldest, most established neighborhoods in Phoenix. Because Arcadia was once home to large groves of trees, most of the lots here still have expansive yards, making this suburb a hot commodity. Arcadia is an especially good fit for those who might be used to having more yard space, and want that, even if it means more upkeep. While much of Phoenix has opted for the no-grass-sand-and-succulent landscape, you don’t see too much of that in Arcadia. Because of this, it has a luscious green feeling that makes the neighborhoods seem somehow cooler, even if that isn’t actually the case.  You might have guessed that with all of these beautiful homes and yards, this is a private, upscale part of town, and you’d be accurate. It isn’t cheap, but for some, the many gated communities are worth the higher price tag.

Most walkable neighborhoods in Phoenix:

Like most cities, the downtown area of Phoenix is one of its most walkable neighborhoods. Unfortunately, it can be a little seedy. But don’t let that deter you from calling Downtown Phoenix home if you want to live in a walkable part of the valley. Most of the housing in the downtown area is apartment and condo living, but you can find some of the most beautiful, luxury apartments in all of Phoenix here. If you are looking for a part of Phoenix that will feel the most like living in a big city, Downtown is the place to be. Anywhere you choose to live downtown you will be within walking distance to food, beverage, and fun things to do. While it’s a pricey part of town, you are paying for convenience. Downtown Phoenix has grocery stores, doctor’s offices, and everything else suburban, so it’s definitely residential enough, though it doesn’t feel that way. The crime rates in Downtown are unfortunately a bit higher than the rest of the neighborhoods on our list, but if you want to be near the action, Downtown is where to find it! 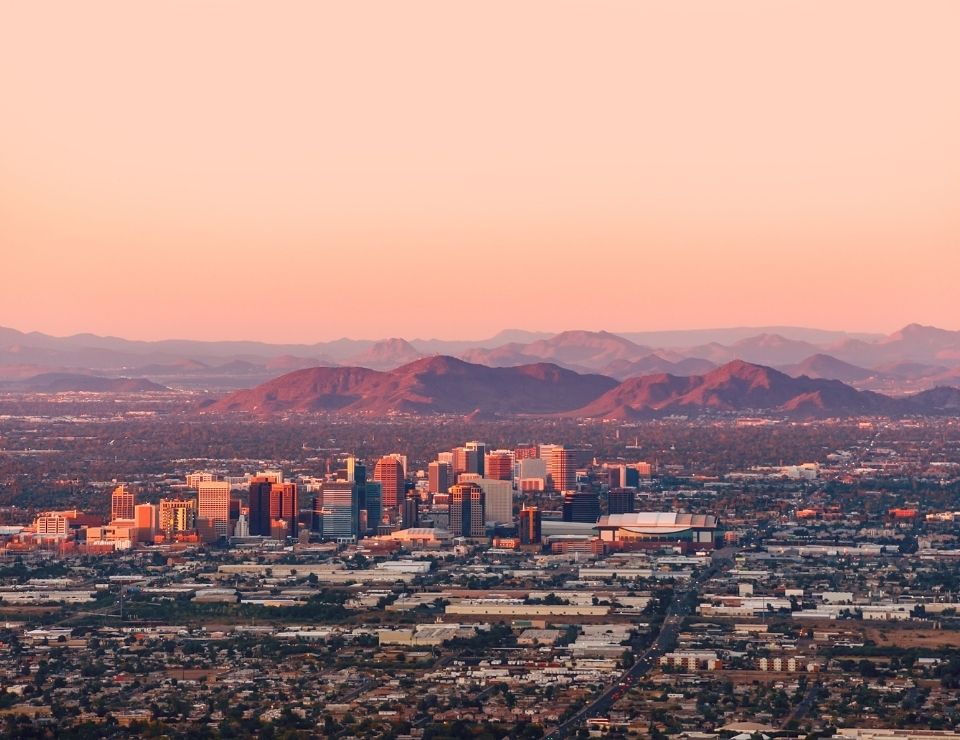 Tempe is a college town, and the college vibe is alive and well here! The area is replete with restaurants and bars, all of which can be fairly easily accessed by foot, especially the closer you get to Arizona State University.  The Tempe Center for the Arts regularly hosts concerts, shows, dance performances and more, making it a great destination for dinner and a show. If you are interested in living in a more upscale part of Tempe, Tempe Town Lake offers beautiful luxury apartments with a lakefront view and plenty of ways to get out and enjoy the beautiful surroundings. The light rail runs right through Tempe, taking residents nearly anywhere else they may want to go within the city. Also in the works is one of the nation’s first car free neighborhood projects. This part of Tempe will be designed to give residents access to everything they could need without even needing to own a car. That’s just about as walkable as it can get! 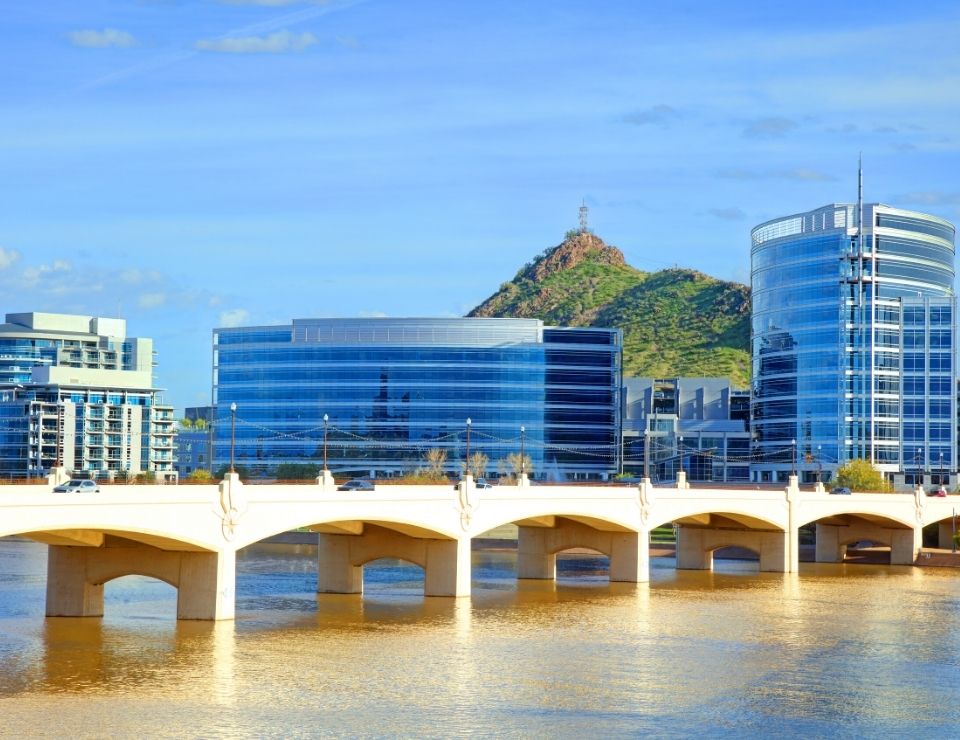 Learn More: What’s it like living in Tempe, Arizona?

A lush part of town with beautiful, sprawling scenic desert views (hence the name) this neighborhood combines both nature and urban living. A perfect place to raise a family, Desert View has plenty of parks and playgrounds to enjoy.  Most residents of Desert View live in the more populated, urban area near the Paradise Valley border, and you can also find plenty living near the Scottsdale border, taking advantage of the entertainment and nightlife Scottsdale has to offer. Crime in Desert View is significantly lower than Phoenix, and is about 49% below the national average. Adding to the safety of Desert View, the crime that does take place is primarily property crime, and the violent crime rate is 68% lower than the national average.  No crime is a good crime, but the fear of being mugged while you’re walking the dog is perhaps more unsettling than the fear of vandalism to your mailbox or a bike being stolen from the yard.

Just west of Desert View is the equally beautiful neighborhood of North Gateway. Like Desert View, this area has stunning views of the vast Sonoran Desert, where residents can enjoy living close to nature with excellent amenities. The crime rate in North Gateway is 42% lower than the national average. Though similar in landscape to Desert View, North Gateway is made up primarily of master-planned communities. These well designed neighborhoods specifically cultivate an environment with every amenity one could need close to home. Large scale residential neighborhoods such as these have built in entertainment, healthcare facilities, dining options, drug stores and grocery stores laid out from conception. It tends to be pricier to live in a master-planned community, which is understandable when you consider all the wonderful things you’ll have close by, from tennis courts and parks to a down the street drug store for late night emergencies.

And there are many, many more!

The most important thing to do before moving to the Phoenix area is to decide what is paramount to you and your family when it comes to finding a neighborhood, and find a realtor who understands exactly what you are looking for.

Speaking of finding a good realtor, if you are considering moving to the Phoenix Metro Area, reach out to me at AZLiveStyles, I know the valley like the back of my hand, and I would love to help you find your dream home in Phoenix! 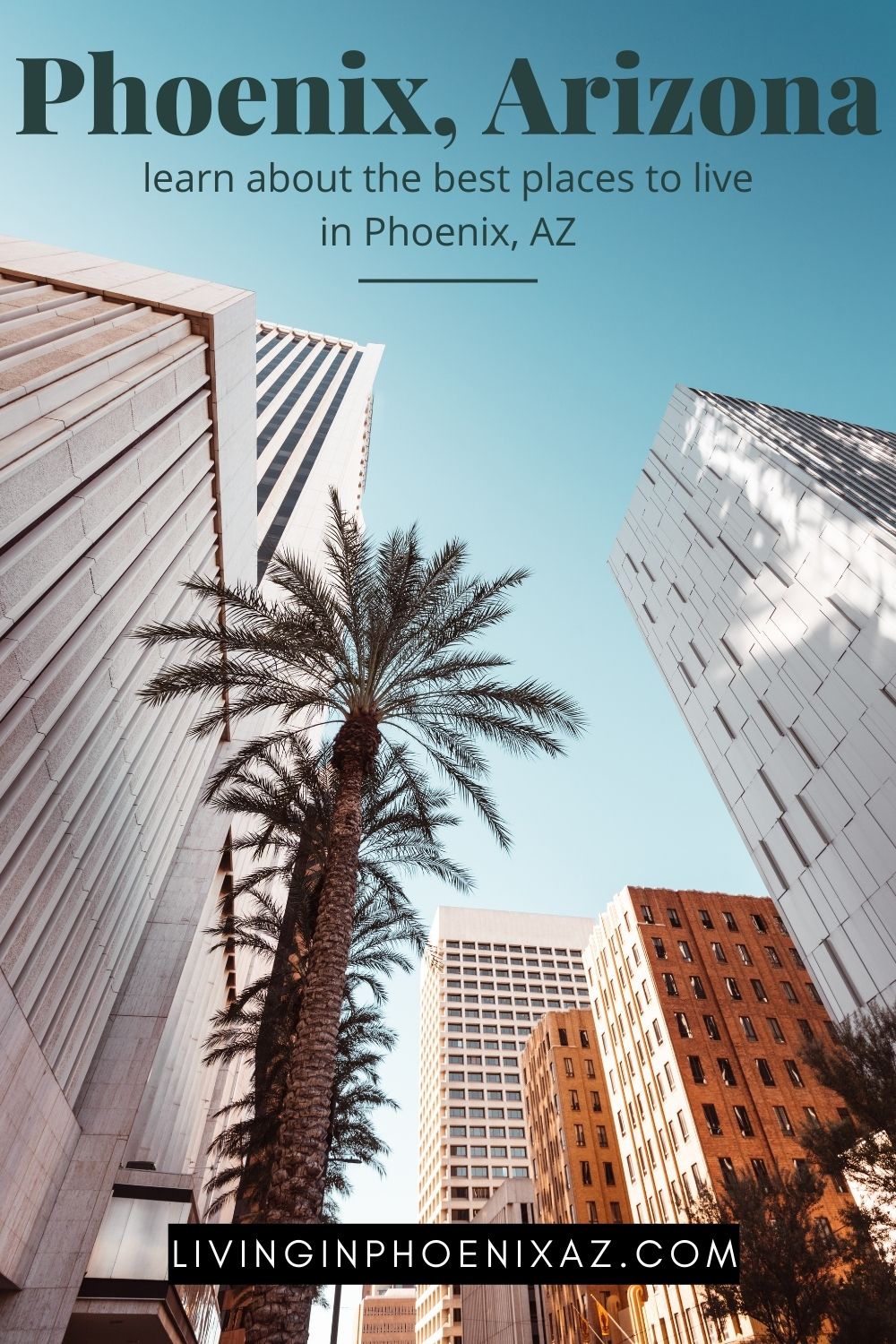 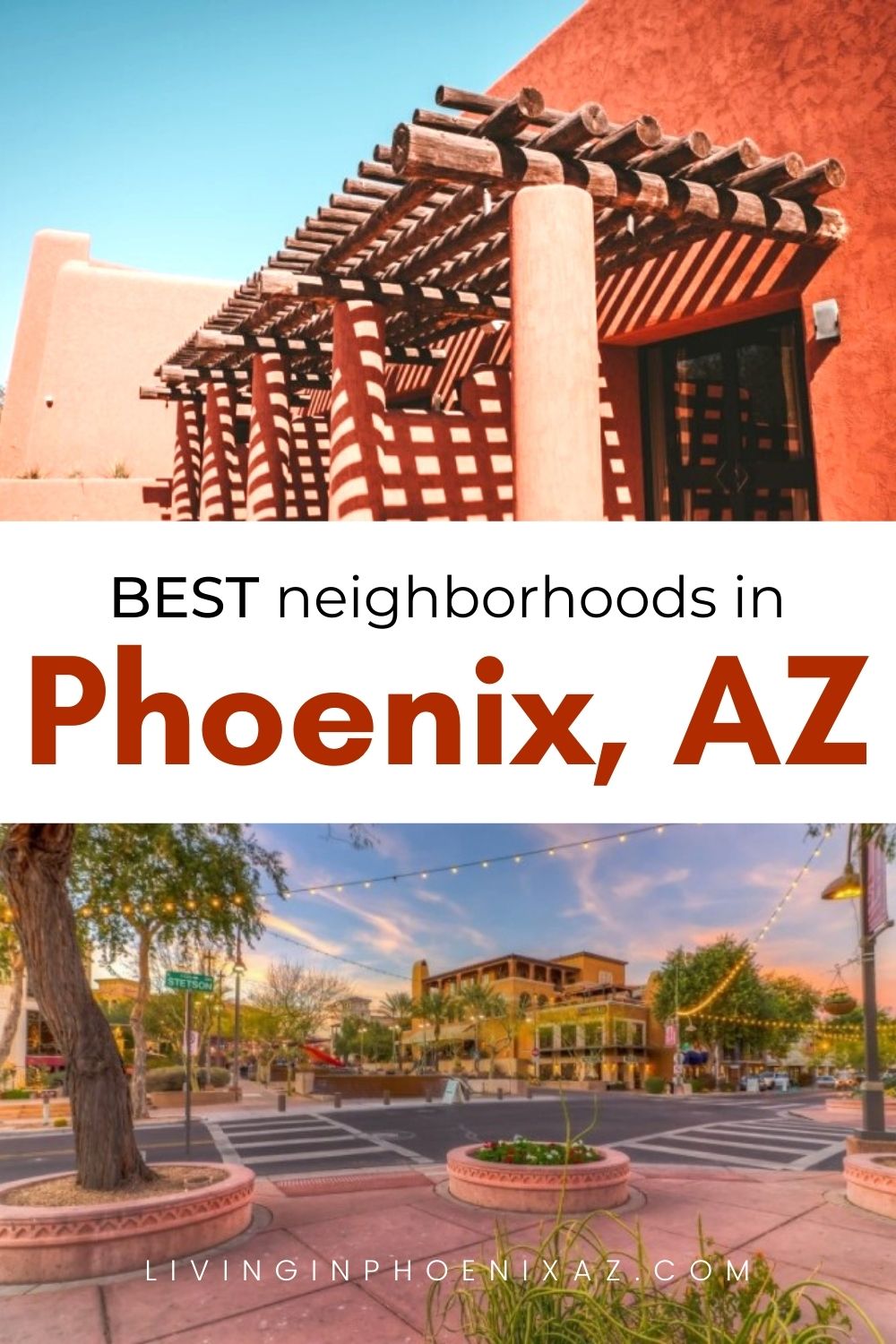 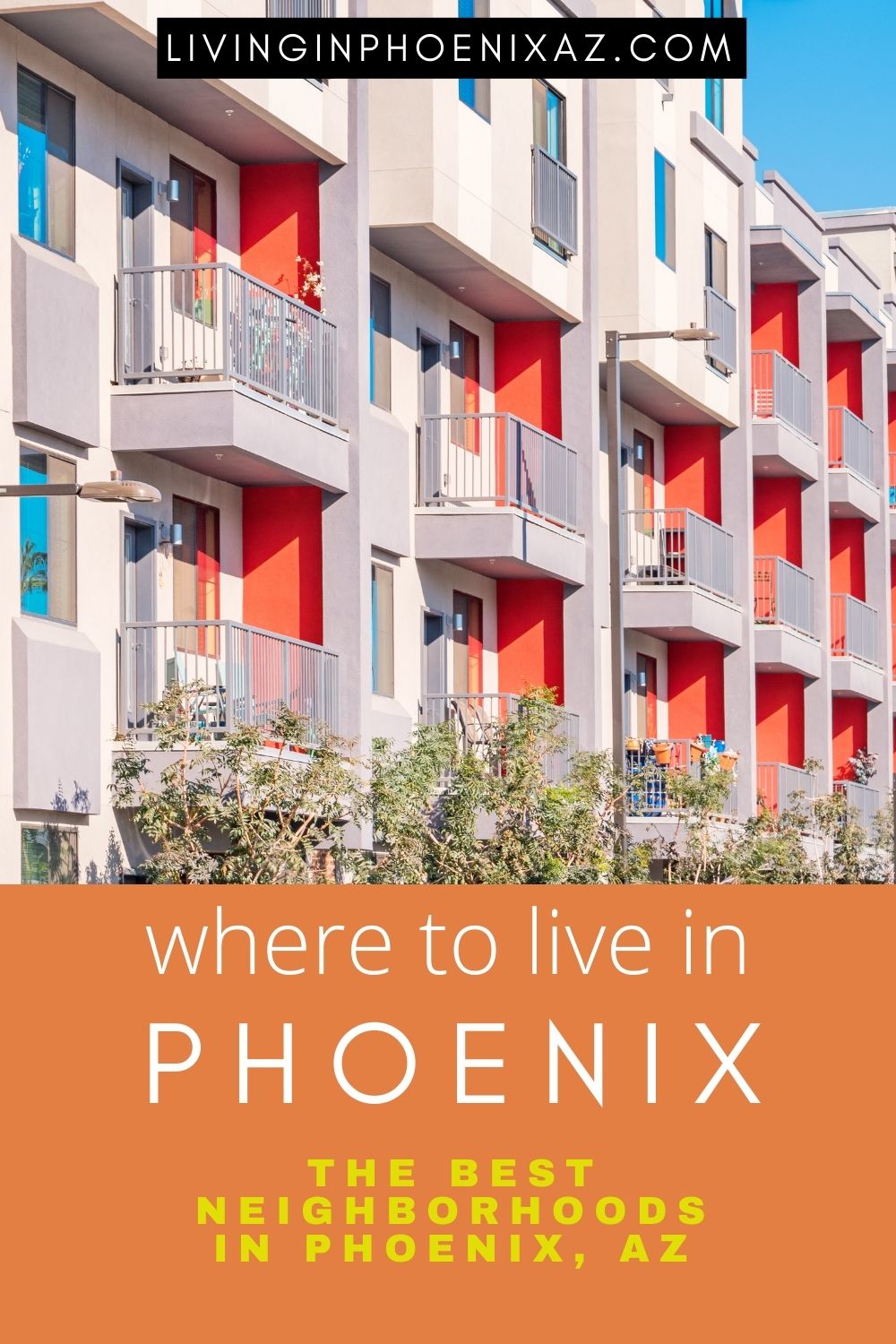 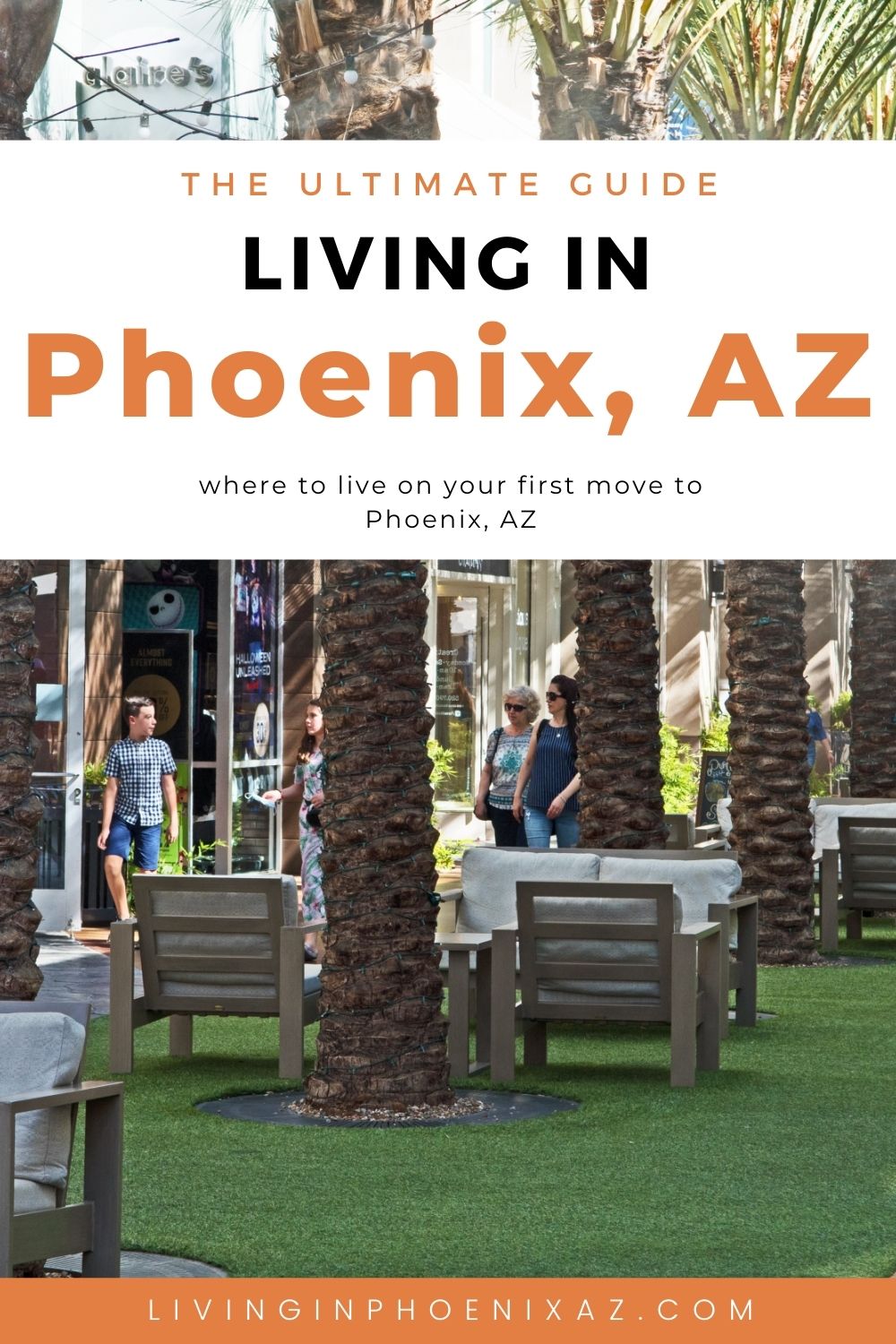