The Truth of Zillow’s Withdrawal from the Phoenix Market

Zillow has withdrawn from the housing market in Phoenix and many other large real estate markets, leaving buyers and sellers reeling.  What does this mean for those looking to buy or sell a home? What happened to Zillow? Truthfully, there isn’t one specific element to blame for this capitulation; rather many things going wrong all at once, and at the wrong time. An iceberg alone did not sink the Titanic…so what sank this titan of real estate?

What actually happened with Zillow in the Phoenix Market?

It deserves a much more detailed explanation, but at the base level, this is what’s going on. The multi-million dollar real estate platform Zillow has recently announced the shutdown of their home buying division: Zillow Offers. According to Zillow representatives, the company feels they are not only overstocked with inventory (homes) they are struggling to sell, but cannot project the future of the housing market well enough to merit staying in business with hopes of someday becoming profitable.

The fate of Zillow Offers seemed to seal itself as the company lost more than $420 million in the third quarter of 2021 alone. With this grim outlook, Zillow has decided a wave of the white flag and a 25% staff reduction is the best course of action at this point.  Pandemonium has ensued. Buyers, sellers, and those who garner their current events via scrolling through Facebook, fear this somehow certainly dooms us all.

Sit down. Relax. Stop acting like Vancouver when they lost the Stanley Cup.  A lot is going on here and it doesn’t all point to the End of Days

Zillow is an established real estate giant, they likely aren’t going anywhere. Only Zillow Offers is closing, the iBuyer division of Zillow. iBuying (coined from “instant” buying) is an up-and-coming sector of the tech industry consisting of companies that buy homes from sellers in cash, then sell these homes as their own real estate. The general business strategy iBuyers employ is “flipping” homes to increase profitability. iBuyers make money, sellers get instant cash, buyers avoid the closing process back-and-forth between the seller/seller’s realtor/their realtor, etc. Symbiosis all around.  Unfortunately, Zillow cannot benefit from many of the factors that play into profitable home flipping.

The facets of the buying and selling process are surprisingly regional. This is why realtors spend their entire career learning about their area. Generally, those who have been the most successful flipping homes are those who are local to the area they’re buying and selling in. They know where the best schools are, which parts of town appeal to families or singles, if a part of town smells bad because it’s close to a manufacturing plant, etc.

This is all knowledge a national corporation would not be privy to. Even though real people make the decisions when Zillow is buying a home, the sheer number of homes that are being purchased renders little time (or money) to dive into each home’s unique fingerprint.

Zillow takes a cash hit with each purchase.

While many Americans have been forced to dish out cringe inducing, way over asking price offers to secure a new home in 2021, they don’t have to have all of the money right now. When Zillow buys a home in cash, they do. They can’t pay these homes off over time.  With the market’s record low mortgage rates, more buyers than ever have been able to consider buying homes they otherwise might not have been able to afford. Another advantage actual people have over Zillow is the monetary benefit of living in this home, thus relieving a huge portion of their cost of living. Houses bought by Zillow sit empty until they sell, with no one benefiting from the lodging they provide. 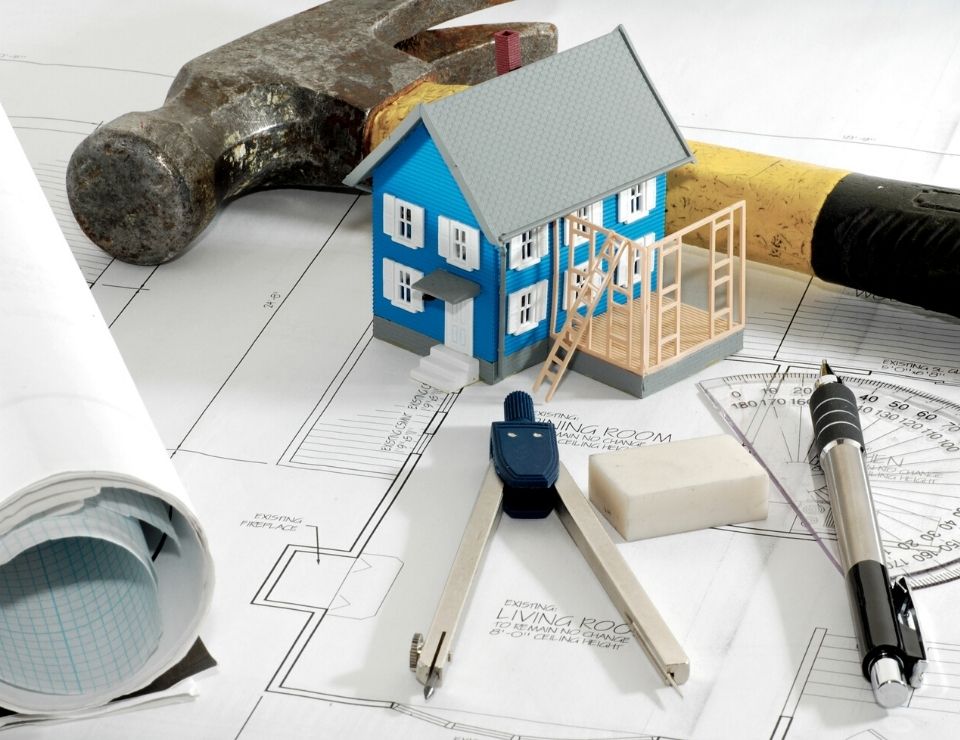 When real people buy homes, they benefit from being able to do much of the work themselves that Zillow has to outsource. Any renovation that ambitious weekend warriors can tackle saves not only the cost of a professional installation but allows them to keep any profit from this upgrade should they decide to sell the house. Even if they don’t sell it, at least their home is nicer now, and it cost only the supplies and a bit of free time. Zillow pays for the renovation labor, supplies, and an actual person to walk around the home and decide what needs to be upgraded and how much can be spent to still remain profitable at a later date.

Zillow can’t renovate fast enough to sell at the rate they are buying.

The same post-pandemic supply chain issues that builders and homeowners are facing also pose an issue for Zillow. Flipping a home requires renovations, and renovations require supplies.  During and after the pandemic, supply chain stalemates have become innumerable. Even if you have contractors and labor at the ready, just one piece of pipe that is backordered could stall an entire installation indefinitely. Zillow continued to purchase homes at the same rate, but was unable to match that rate in sales because homes just weren’t ready to go on the market fast enough. You don’t have to be an economist to realize that after a quarter or two of more buying than selling, you’ll find yourself pretty deep in the red. 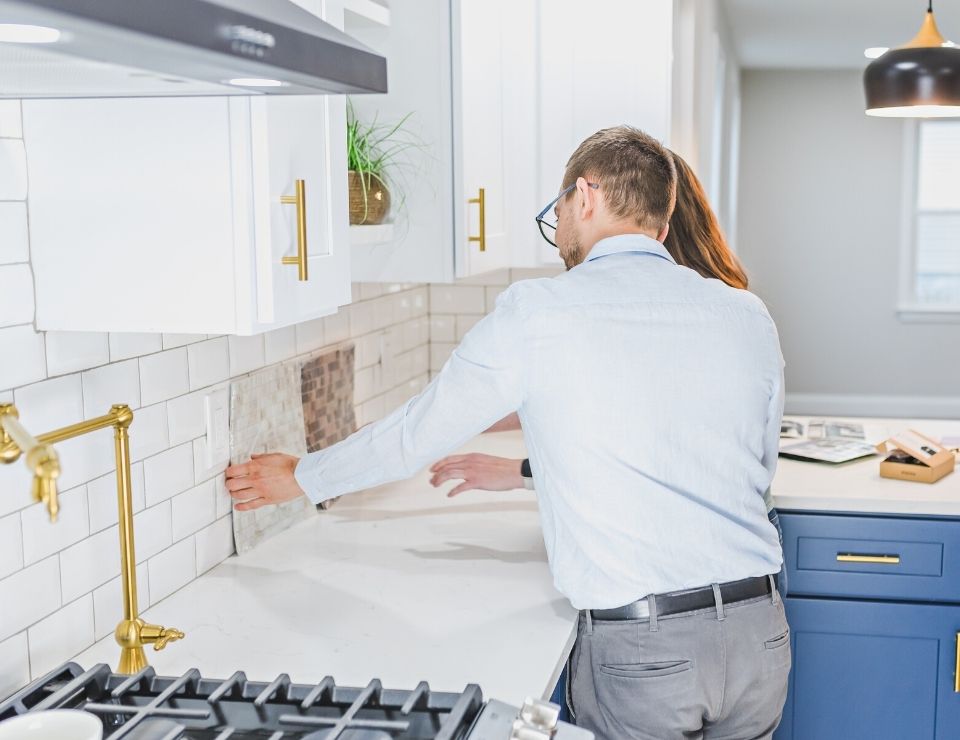 Learn More: The Worst Neighborhoods to Live in Phoenix, AZ

Buyers want to buy homes right now, but Zillow still has too many

The current housing market is highly saturated with prospective buyers, giving the illusion that Zillow should have no problem offloading their arsenal of abodes. Unfortunately, even with an aggressive seller’s market, Zillow seems to have bitten off more than they can chew. The numbers don’t lie; for whatever reason, there are not enough people buying Zillow’s homes.

According to Business Insider, in its largest markets, 64% of Zillow listings were priced for less than the company paid to purchase the homes. In Phoenix, that percentage was 93%. Perhaps attempting to jettison excessive inventory has at least diluted the sheer number of homes Zillow had on their hands, but selling homes for less than you paid for them is never going to put you in the black.

At market close on November 2nd, Zillow announced the shutdown of Zillow Offers.  During this statement, representatives explained that the current volatility of the real estate market has made housing prices too unpredictable to forecast, an almost certain death sentence for a company that relies heavily on this sector’s predictability. Tail tucked but hopeful, Zillow intends to sell what they have for what they can get, and focus on stronger facets of the corporation moving forward. 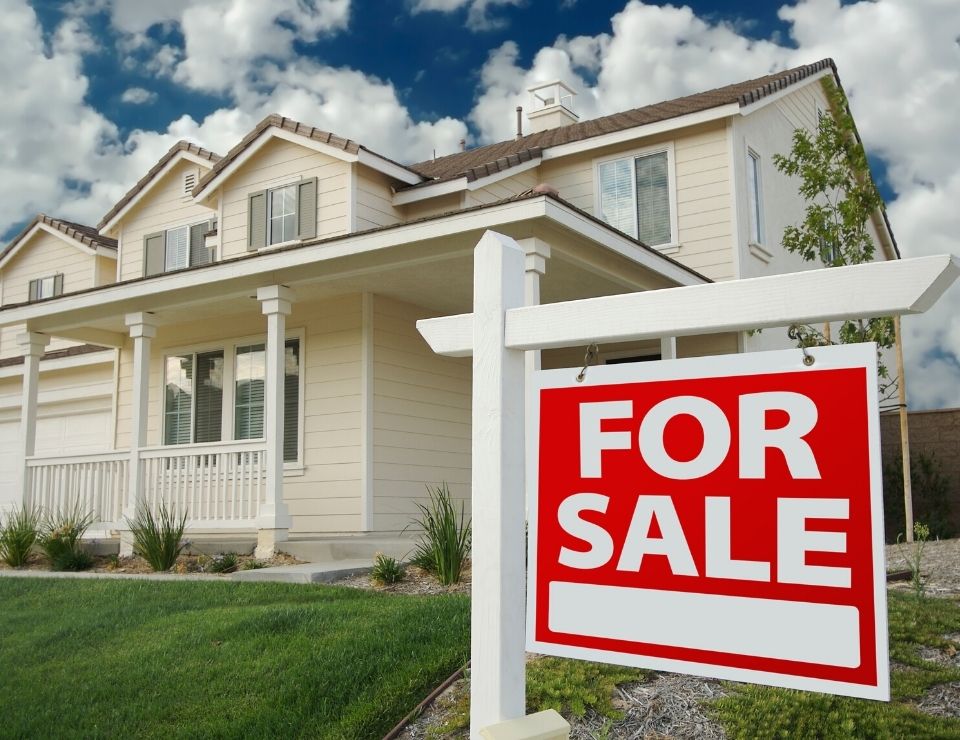 Does this mean the iBuying market is destined to fail?

The presence of iBuyers in the real estate sector has been an arms race from the start. Zillow, Opendoor, and Offerpad are the frontrunners, but there are plenty of smaller corporations offering the same thing without the name recognition. Out of the gate, the service iBuyers offered was both innovative and full of promise. Unfortunately, Zillow took a bigger risk than their competition. Big gains don’t come from small risks. Zillow just happened to do so without knowing a global pandemic was coming.

You can look in almost any direction and see proof of the lucrative nature of tech branching into goods and services. While Zillow Offers was yet to turn a profit, it was young, and (until recently) had shown impressive revenue in its short lifespan. Being a division of an already sound industry presence also provided the clout and capital few tech start ups have.

For the most part, Zillow Offers was doing everything right. Still, the gamble of betting on a theoretically profitable business model is always just that; a gamble. Vegas wasn’t built with winner’s money. 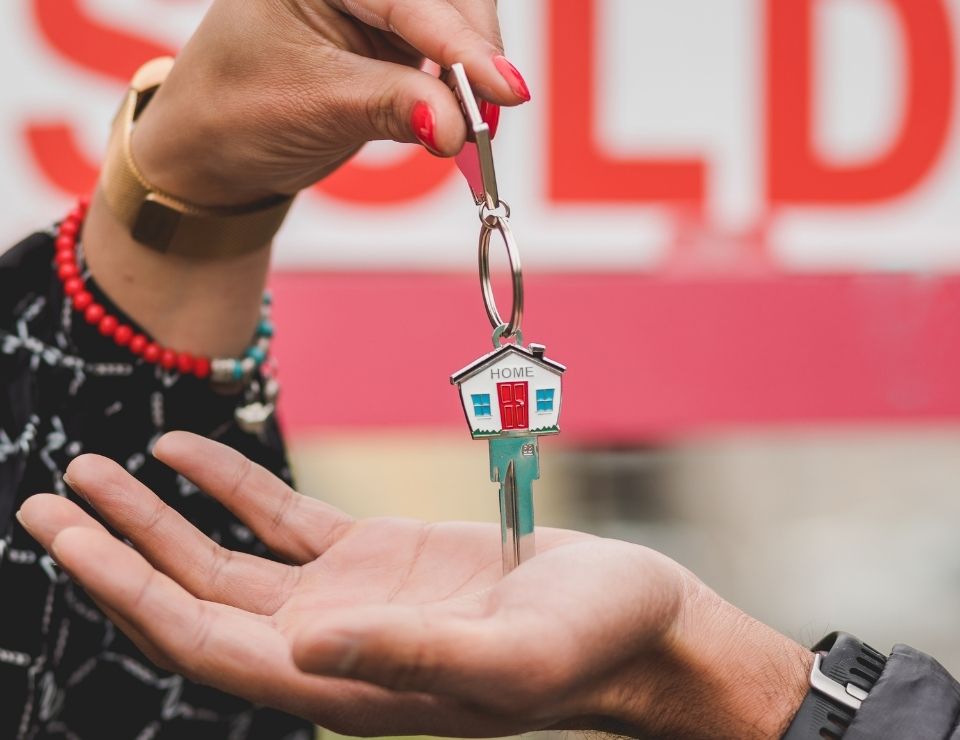 What does this mean for everyone else?

Despite the public upset, Zillow shuttering their iBuying sector means little to “regular” buyers and sellers. The housing market isn’t likely to cool any faster or slower given Zillow’s exit. Until mortgage rates return to normal percentages, and new construction resumes consistent output, things will stay as they are.  Even without Zillow Offers, in this voracious seller’s market, few sellers truly can’t sell their home right now. If they can’t, they are likely asking way too much for way too little.

Pandemic aside, the demise of Zillow Offers perhaps sheds light on the “je ne sais quoi” of traditional home buying and selling practices. The palpable difficulty in breaching the gap between technological progress and the way things have always been tends to teach us more about ourselves than the technology itself.  If nothing more, it reminds us of the utter importance of the Human Element.

Thinking about buying a home in Phoenix, Arizona?

Are you moving to the Phoenix Metro Area? If so, reach out to me, I would love to help you find your next home in Phoenix, AZ. 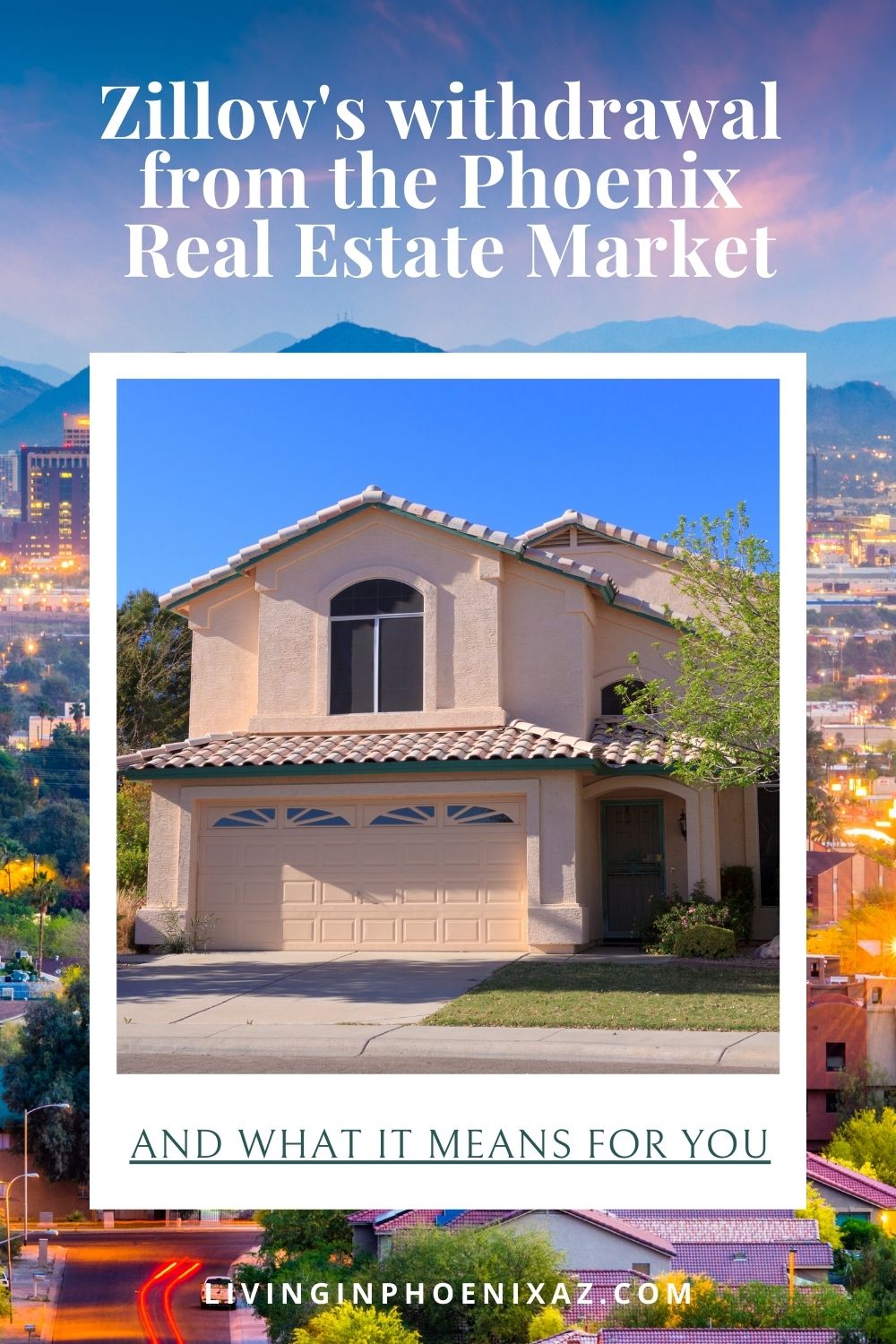 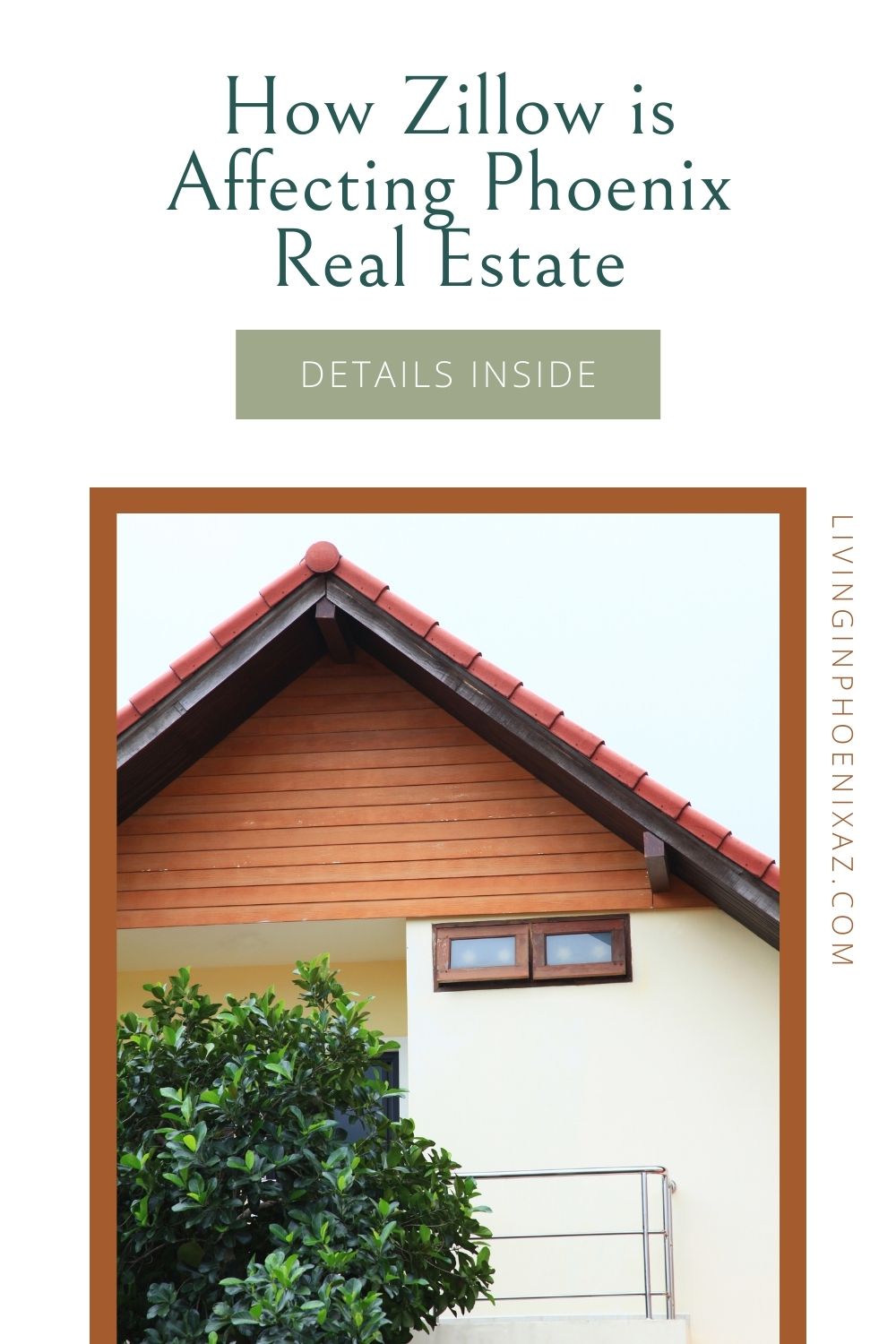 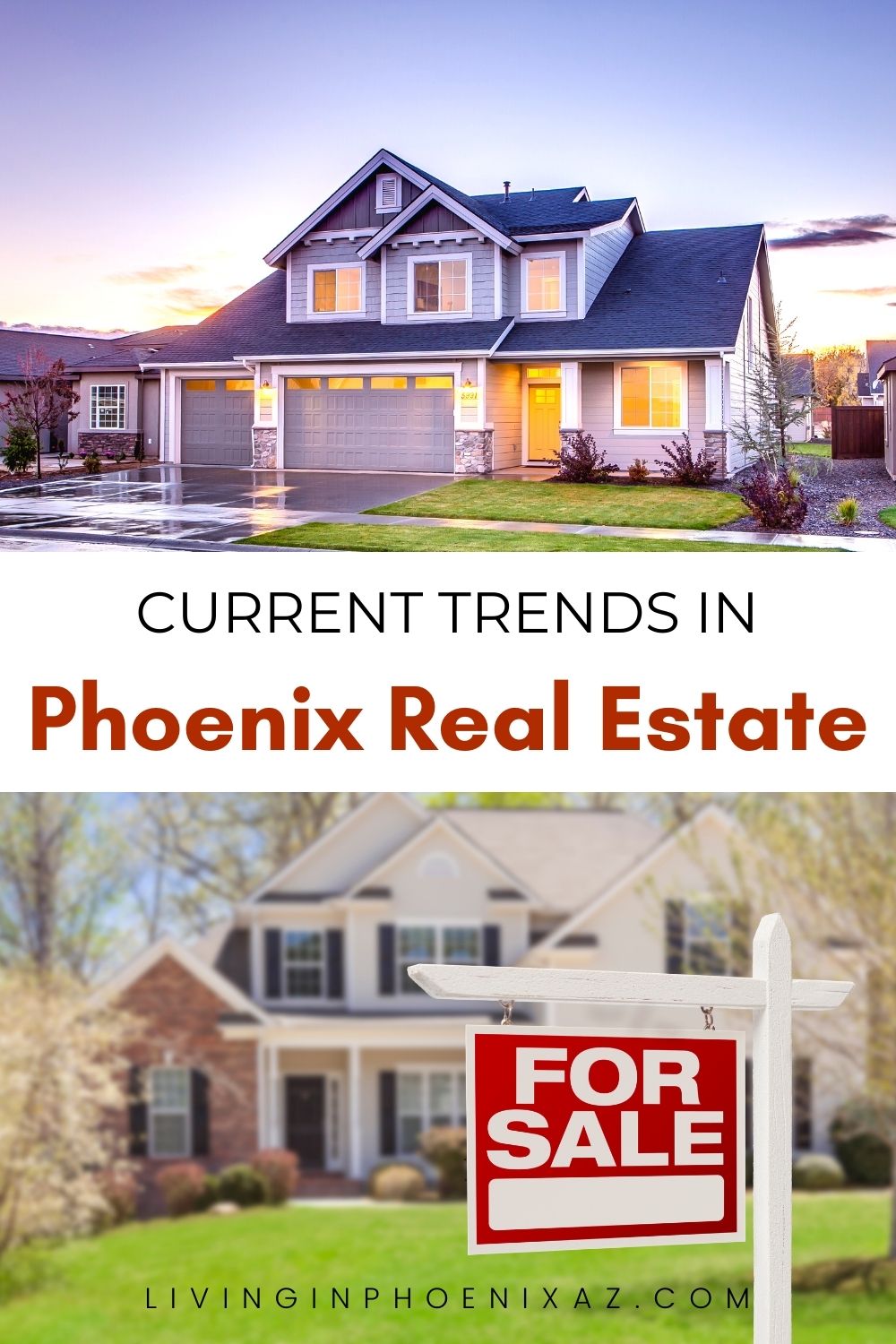 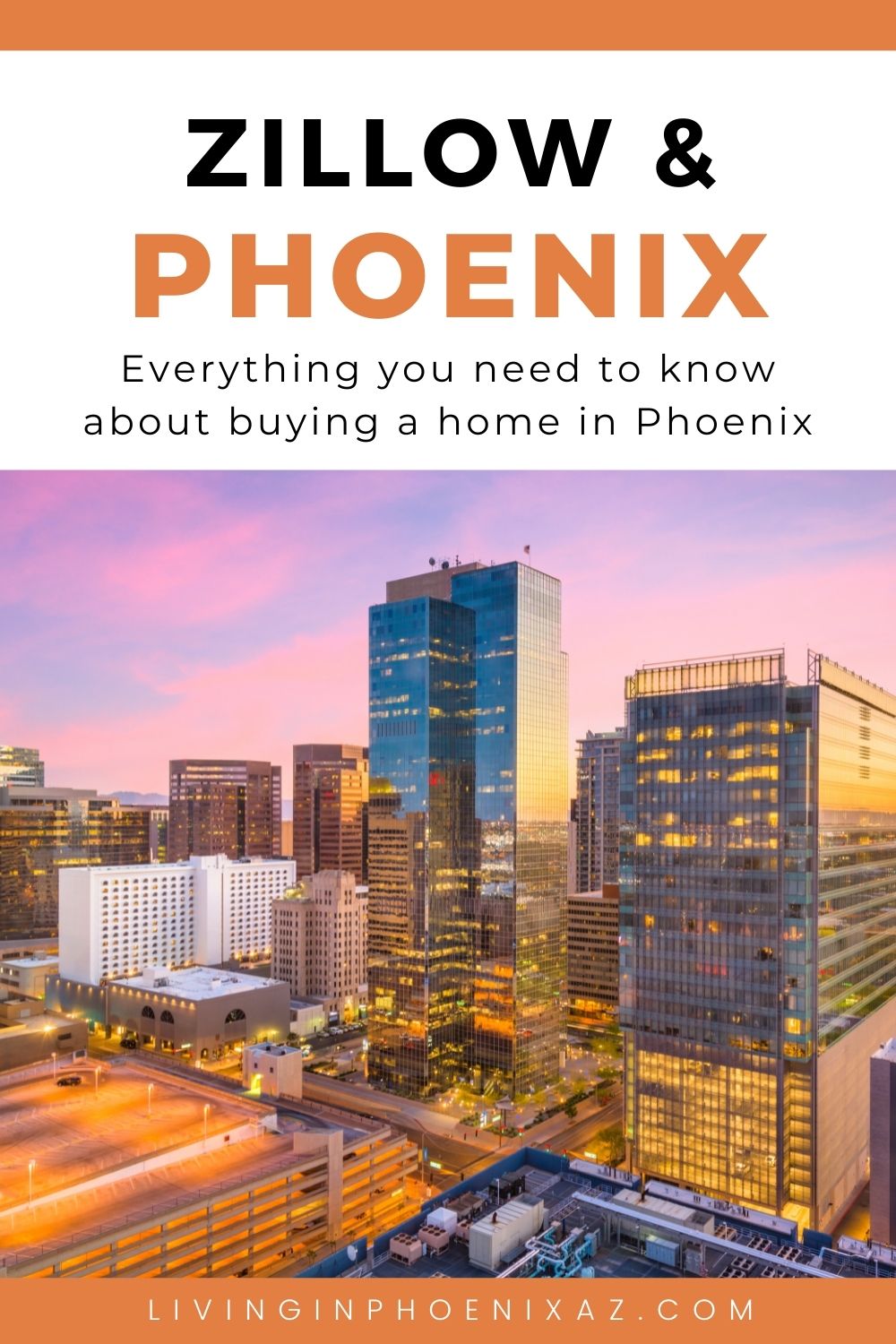