The Valley of the Sun has a lot to offer its residents, but which neighborhood is the right fit for you? If you are considering living in Scottsdale, or Phoenix, you have likely compared the two and might find the data to be a bit unclear. It can be hard to know what it’s really like living in an area you have never been to. We’ve put together the input of a couple of locals from each area to give you the inside scoop on what life is like in Phoenix, AZ vs. Scottsdale, AZ.

Living in Phoenix versus Scottsdale, Arizona

Ask almost any Phoenician resident, and they’ll tell you if you want to live close to nightlife and excitement, live in Scottsdale. This palpable electricity is partly due to the plethora of bars and restaurants in Scottsdale’s Old Town, but there’s more to it than just a strip of businesses. With a deluge of millennials moving to Scottsdale over the last decade, the youth population is growing yearly as these young adults settle down and have families of their own.

The “hipster parent” vibe is alive and well in Scottsdale. Even with its youthful aura, worry not; Scottsdale’s not the raging party town it is sometimes made out to be.

Depending on the neighborhood, Phoenix brings plenty to the table (pun intended) as well. Some parts of town are a bit sleepier than others, but there are hidden gems all over Phoenix. From restaurants, to bars, to coffee or sandwich shops, the foodie scene in Phoenix is evolving all the time. If dining and entertainment is extremely important to you, make sure you do your research before settling on any particular Phoenix neighborhood. Some of them are so family oriented that you will struggle to find anything that is open past 7:00 pm and is completely void of highchairs bearing tiny, screaming diners. 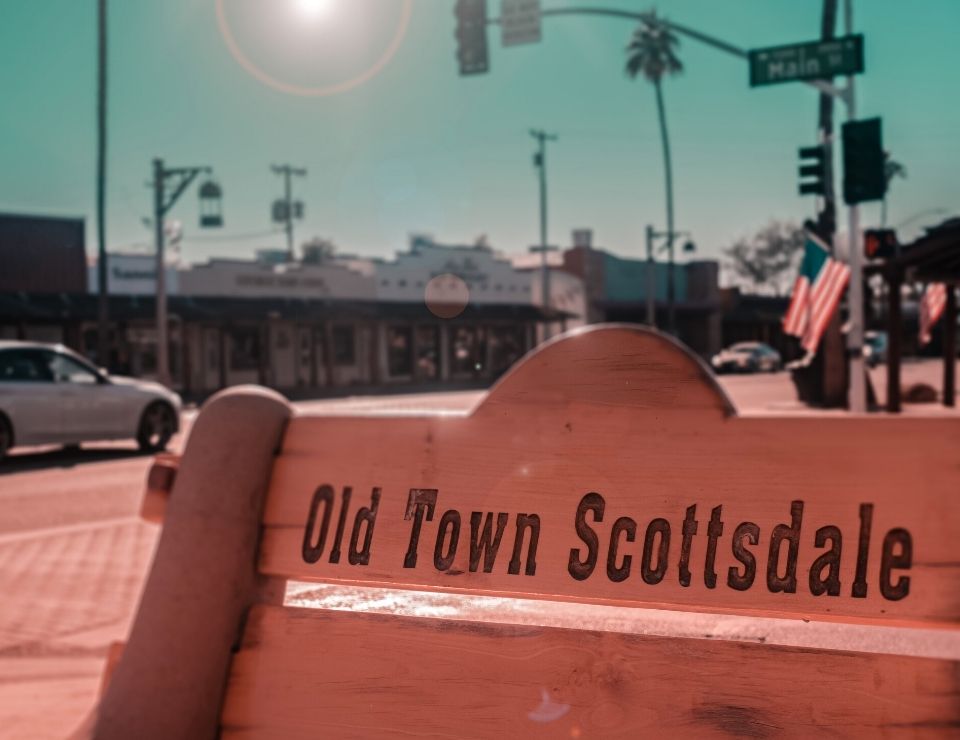 Safety and crime in Phoenix vs Scottsdale:

The safety and crime rating comparison between Phoenix and Scottsdale is somewhat unfair given the variables that come into play. Many people would quickly tell you Scottsdale is much safer. First of all, Phoenix covers a much bigger area than Scottsdale. With more people calling this town home, crime rates naturally increase. It’s also less suburban than Scottsdale, and suburban areas generally have lower crime rates than urban areas. There are fewer businesses in the suburbs, less people, and they generally cater towards families. This all adds up to a formula for a lower crime rate.

Phoenix crime rates can be a bit off-putting at first glance. Yes, they appear to be high, and both violent crime and nonviolent crime have seen an increase in the past couple of years. Many residents feel that this is a direct reflection of the increase in the homeless population of Phoenix. Statistically, however, few of these documented crimes have been committed by those living on the street. This isn’t to say there isn’t petty theft happening here and there, especially when there are more people who must literally steal to eat. But data shows that these people likely aren’t trying to hot wire your car or steal your new smoker out of the back yard. 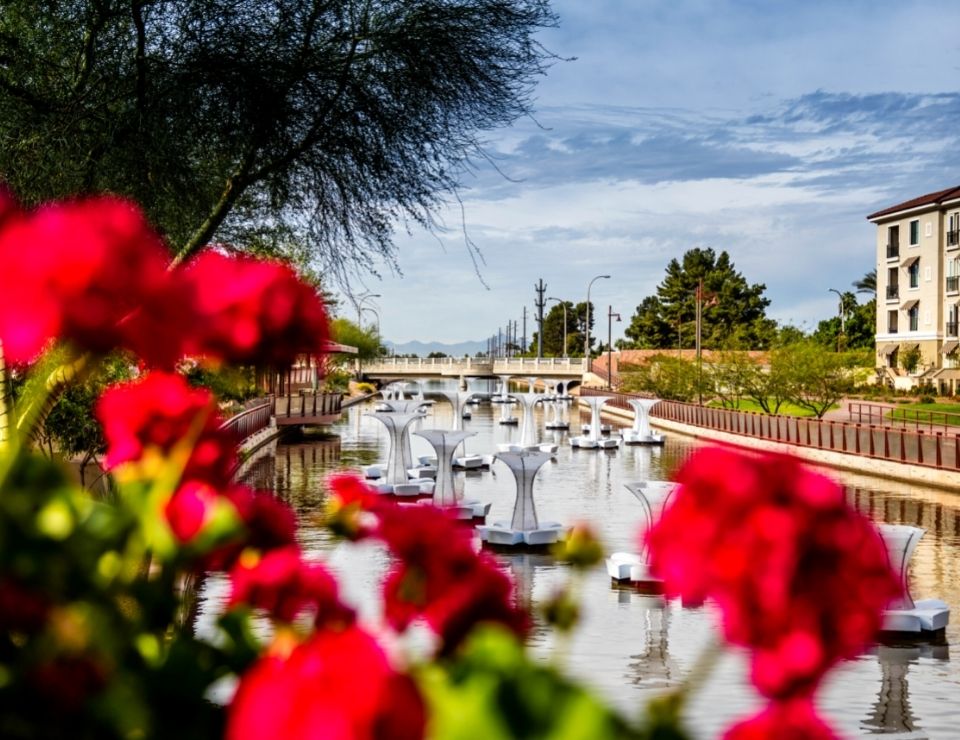 A far more likely cause for the increase in crime in the Phoenix Metro Area is the economic strains put on nearly every resident in the past year or so. Obviously, a global pandemic has left many hurting for cash, but there is more to it than just 18 months of tough times. Rent prices in Phoenix have gone through the roof in the last half decade. This forces many out of their current homes and into poorer neighborhoods where crime rates are higher, theft is more common, and violent crimes are committed at a higher rate. As these areas become more populated, the crime rates rise with them.

While Scottsdale is considered to be very safe, Phoenix shouldn’t be considered “unsafe” in comparison. If you want to live in either city, take a good introspective look at crime rates in each part of town. Even if you fear Phoenix is more dangerous than Scottsdale, there are actually parts of town that are even safer. Before you settle on any given neighborhood, check out maps of known gang activity, and try to educate yourself on exactly what kind of crimes are being committed and where.

When it comes to variety, you will see much more diversity in the homes and neighborhoods of Phoenix. Scottsdale tends to look for the most part the same, regardless of where you chose to live throughout town. That also directly correlates to the price of these homes. With the greater variety in Phoenix comes a larger price range. It’s no secret that Scottsdale is an expensive part of town. Many get priced out, even when you consider that the exact same home in Phoenix would cost less. An address that reads “Scottsdale” definitely matters to many residents.

While pricey, you get what you pay for, and in this case that means you are paying for living in a beautiful place. Scottsdale is lovely. Well manicured shopping centers and sidewalks, beautiful homes, and a general aesthetic standard is easily noticed when you enter Scottsdale. This doesn’t mean there aren’t beautiful and expensive parts of Phoenix, but the city is bigger and just has much more of everything…including less aesthetically pleasing parts of town.

Another big difference in housing between Scottsdale and Phoenix is the presence of an HOA in neighborhoods. Not all, but many Scottsdale neighborhoods have homeowners associations that not only dictate things such as the color your home can be, or how often your grass should be cut, but they are almost always expensive. Few people feel that paying a flat rate to keep the neighborhood looking nice is truly worth it. Because of this, even in some of the nicer areas of Phoenix, there is nothing stopping your neighbor from leaving his junk in the yard or painting his shed Traffic Cone Orange.

*Note about short-term rentals in Scottsdale:

Scottsdale has a significant number of short term rentals, especially compared to Phoenix. Many homeowners and landlords rent their home via Airbnb, VRBO, and other vacation rental platforms. Not only is this lucrative, but there are plenty of residents of upscale Scottsdale who have more than one home. This doesn’t mean much to other homeowners in terms of cost of housing, but it does somewhat affect everyday living. It isn’t uncommon in Scottsdale to be surrounded by one or more homes, apartments, or condos that seem to bear a revolving door of strangers and sometimes less than courteous vacationers. 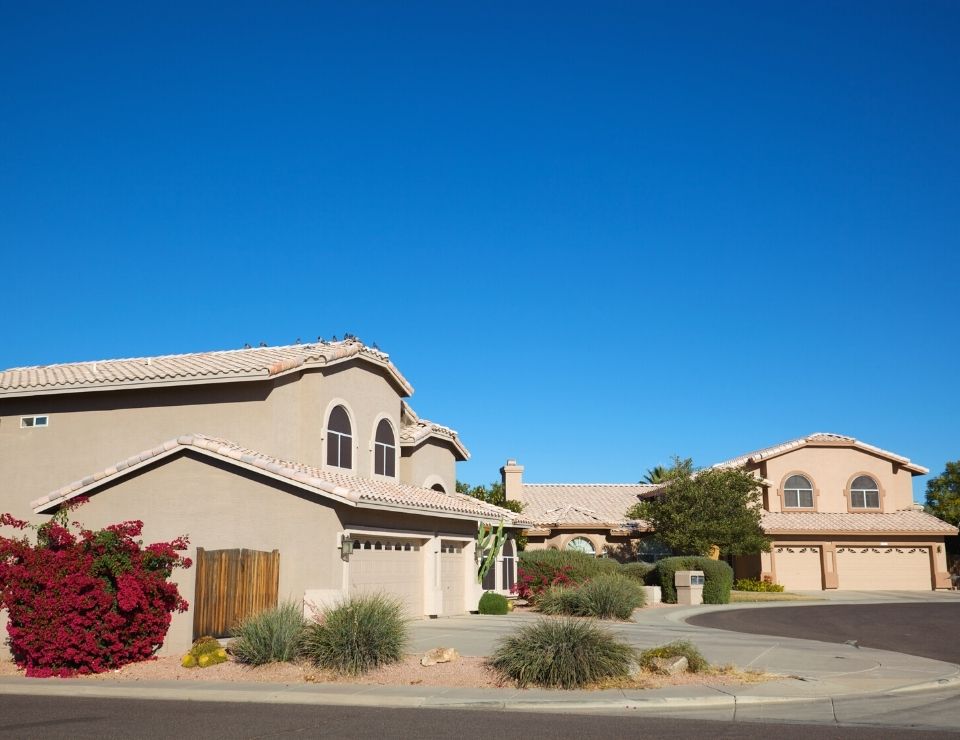 Learn More: What is it like living in Central Scottsdale?

As a whole, Arizona rates unfortunately rather poorly in academia. But the good news for Phoenix and Scottsdale residents is that most of Arizona’s best schools are located in the Phoenix Metro Area. Much like the housing options, because Phoenix is so large, there are more schools in the area and they don’t seem to rate as highly as Scottsdale. You are also comparing one school district with many. Scottsdale schools are exceptional, but if a great school is of importance to you, there are many Phoenix suburbs specifically known for top notch schools.

Even if you end up in a school district in Phoenix with less than stellar schools in terms of rating, it’s worth asking around and doing your research. It’s extremely difficult to rate a school and call it “good” or “bad” when so many factors (like funding or teacher-to-student ratio) play into not only academic success, but overall score.

A great way to find out more about the schools in your prospective area is to join parent Facebook groups and ask locals about their experience and how they feel about the schools their children attend. Don’t immediately count out a part of town you might like because you heard the schools are bad. Some Arizona schools even offer open enrollment, meaning students outside of the school district can enroll. 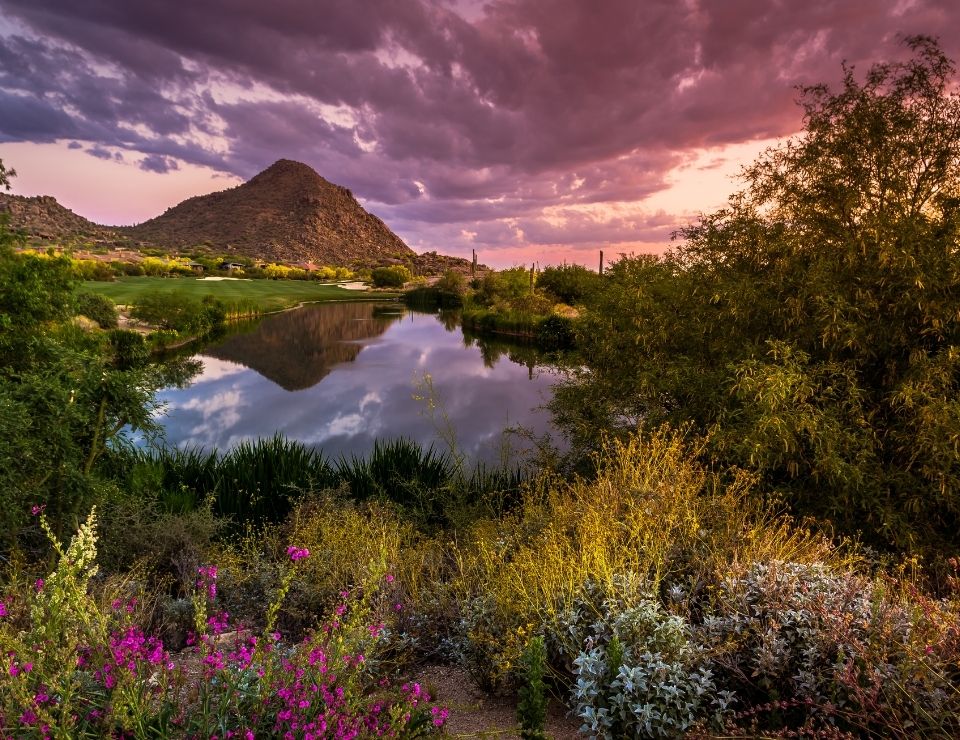 Cost of Living in Phoenix vs Scottsdale:

If you want to live in Scottsdale on a budget, and can find a more affordable place to live, you won’t be paying more to meet your needs than you would be in Phoenix. Both areas have a pretty big selection when it comes to kinds of grocery stores and retailers, meaning if you don’t necessarily have a “Whole Foods” budget, you can still find healthy grocery stores, and better yet, farmers markets!

Interested in buying a home in Phoenix or Scottsdale?

Are you considering moving to Phoenix or Scottsdale? If so, reach out to me at AZLiveStyles, I would love to help you find your next home in the Phoenix Metro Area! 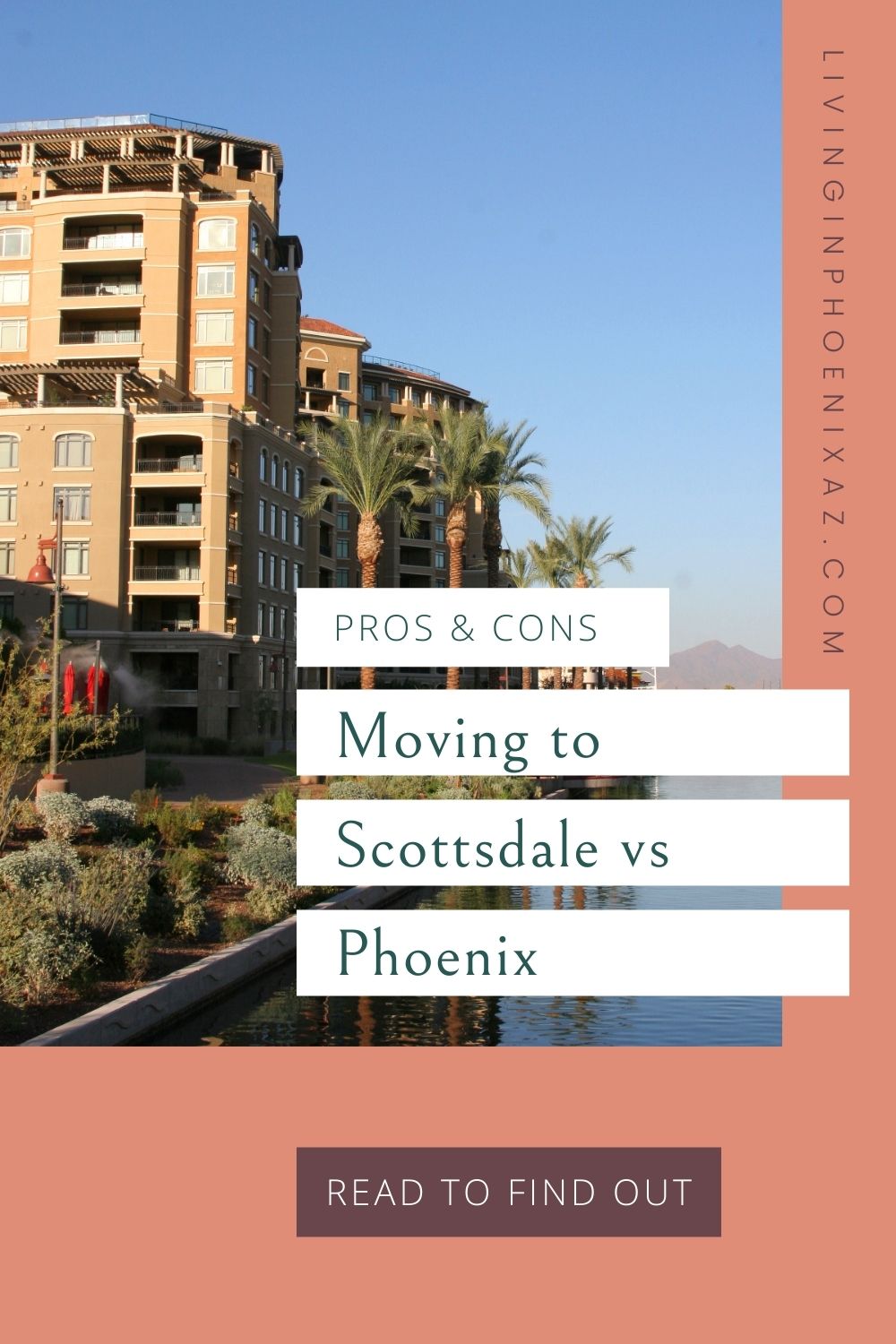 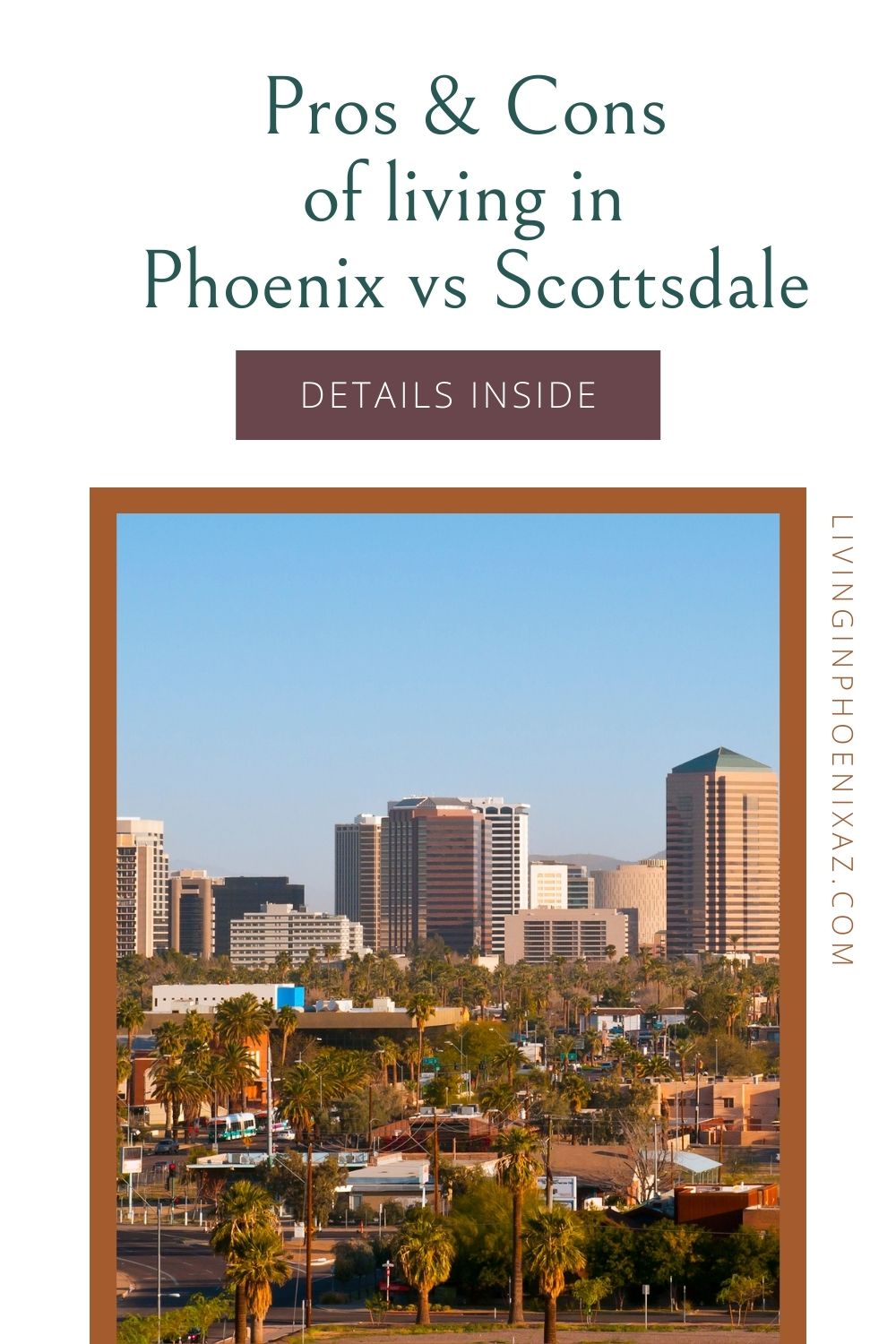 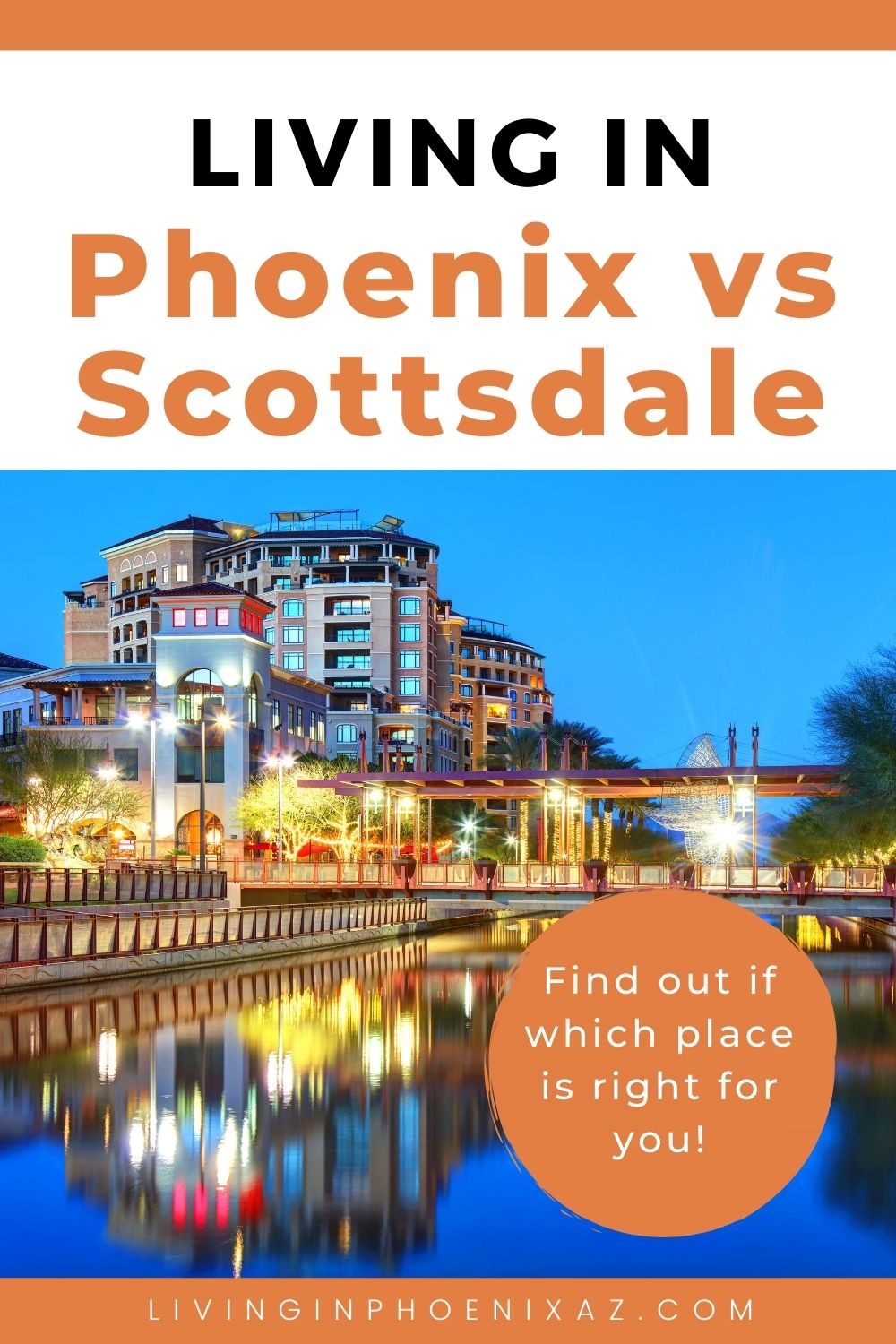 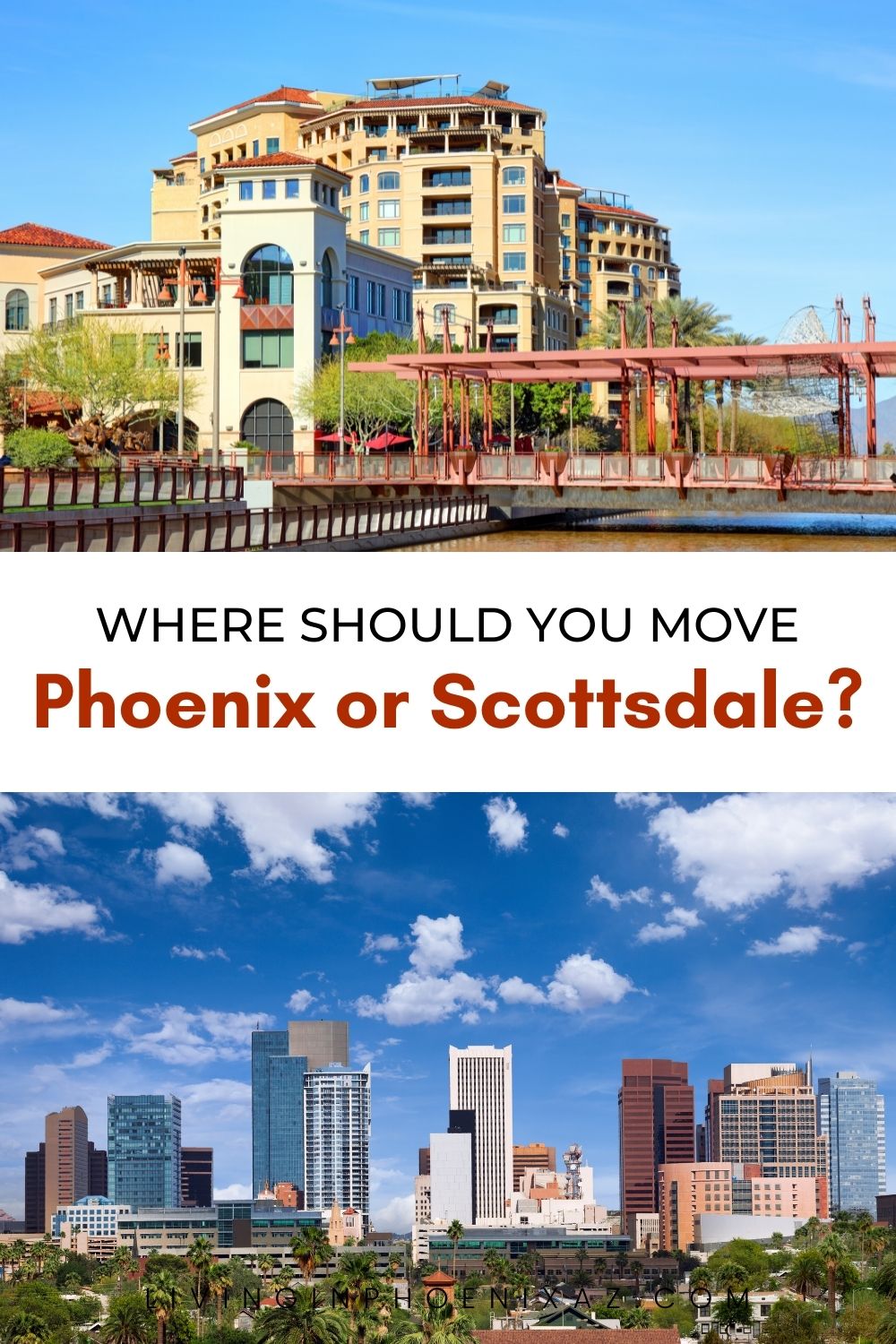