Reasons NOT to live in Flagstaff

The lush, coniferous gem known as Flagstaff stands like an oasis in the middle of an otherwise entirely desert state. You’ve likely heard plenty of reasons why you should move to Flagstaff. But if you can’t handle dry weather and overpriced groceries, you might want to reconsider calling this popular Arizona town home. Check out a few crucial reasons NOT to live in Flagstaff, Arizona.

Is Flagstaff a Good Place to Live or one to avoid?

The dry, arid desert environment that attracts so many allergy sufferers and snowbirds alike is actually one of its greatest downsides, as well. When the air is so dry all of the time, it takes a toll on your body and environment. No matter how much lotion and chapstick you apply, your skin is always dry and your lips are always chapped. While it’s nice to not have the humidity of the south making the outdoors feel like a constant sauna, different is not necessarily better.

The dry air dries out the soil and forests as well, and that spells wildfire. It’s not uncommon for Flagstaff to experience nearly no rain from April until well into the summer. With so little water and dusty, windy air blowing about, a tiny spark can turn catastrophic in an instant. Because of this constant threat, the summer and fall months are often no-burn times in campsites, making a campground significantly less fun – and worst of all, void of smores. 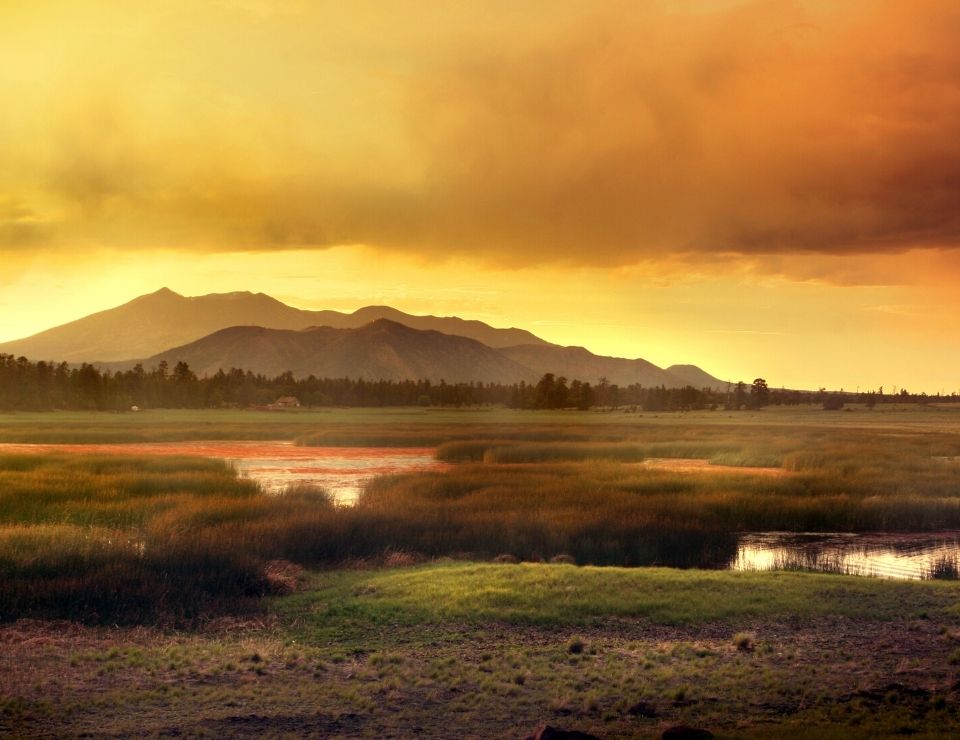 Employment opportunities in Flagstaff are limited:

There are plenty of people living in Flagstaff working excellent, well-paying jobs. But if you are heading to Flagstaff without employment lined up, it may be harder to find in this city compared to others. The small population, isolated location, and lack of access to an airport makes Flagstaff a difficult place for any company to choose as their home base.

If one or more members of your household works in a remote work environment, this can take a lot of pressure off when it comes to job security. Unfortunately, however, few jobs that are remote are designed to offer a salary that is conducive to the Flagstaff cost of living. If you’re working remotely, you could live anywhere, and you will get far less for your dollar in Flagstaff than you would nearly anywhere else. 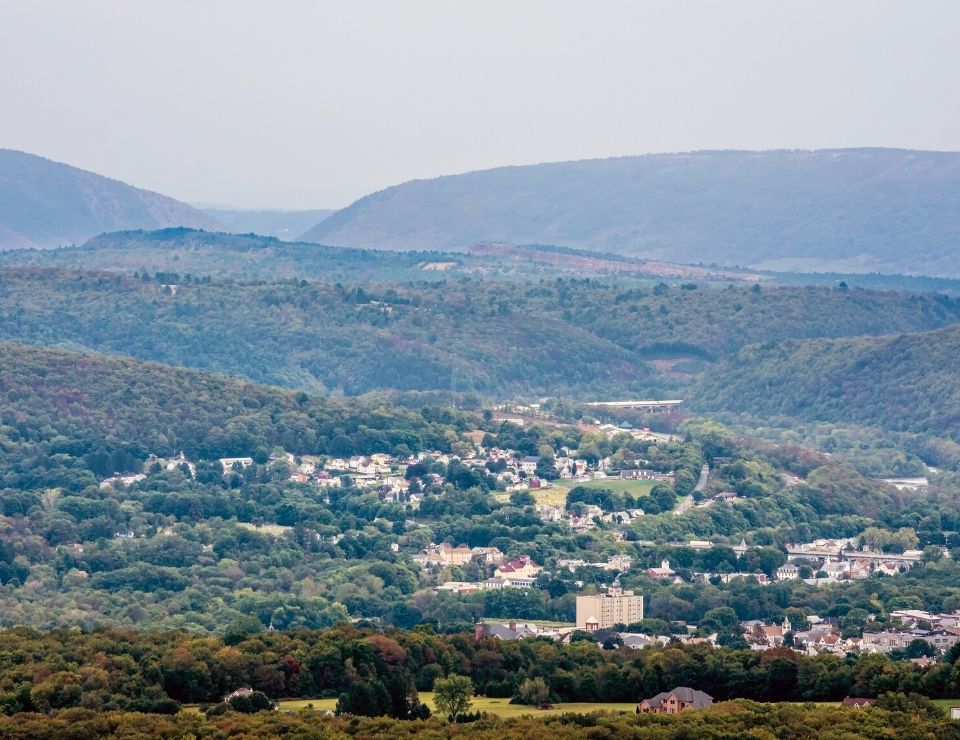 Everything about Flagstaff is expensive. From the cost of housing, to the cost of living, to the price of gas, you won’t likely catch a break anywhere when it comes to saving money. Supply and demand allows the area to stay pricey because plenty of people want to live there, and if you won’t pay for it, somebody will.  Groceries, dining out, gas, everything adds up.

The upscale nature of Flagstaff of course has much to do with its hefty price tag, but the isolation of this town only compounds the issue. Flagstaff doesn’t have surrounding towns just around the corner; this means your options are fewer. It isn’t likely that you could go shop elsewhere to avoid the mountain town prices. Assuming you wanted to drive all the way to Phoenix to shop (which isn’t a cheap town, either) you would find yourself in a wash with the expense in gas anyway.

Flagstaff doesn’t have many water features:

For a place as green and beautiful as Flagstaff is, there is a surprising lack of water. Driving around the area you will quickly realize there isn’t much recreational blue space. Something about the presence of natural (or even man-made) water seems to add a coolness to dry summer days even if you aren’t actually getting in it.

If you enjoy boating, fishing, swimming, or even just walking down by the waters edge, you won’t find much of that. There are bodies of water within driving distance, but they aren’t close. You will likely be in the car for at least a half an hour to get to any public water, and for those who enjoy being near the water and the activities it lends, this can be a disappointment. 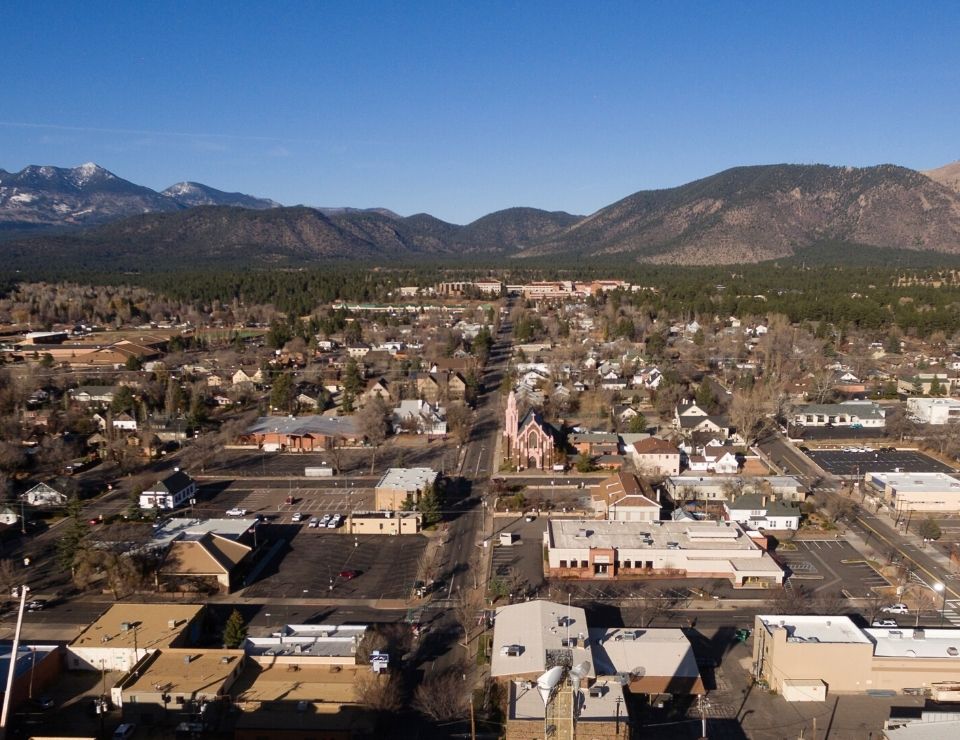 Learn More: Top Things to do in Flagstaff AZ

As previously mentioned, Flagstaff isn’t really close to anything. There are no surrounding cities, and much like other desert cities, once you leave town, you will drive a long time until you come to the next inhabited place. The closest cities to Flagstaff are as much as thirty minutes away, so once you are in town, you’re kind of stuck there.

Williams and Sedona are two of the closest towns to Flagstaff, thirty and forty five minutes away respectively. If you want to head to Phoenix, that drive is about two hours. Las Vegas is four hours away, making it driving distance to many who would prefer to drive rather than fly. Though all of these cities are great places to visit for a day trip or weekend, the west is just a spread out place. Some love it for this reason, but for others, there just isn’t enough going on.

Flagstaff can be a snootie place:

This is certainly a perspective, not a fact, but it is shared by many. The high cost of living prices out many people from even being able to afford a home in Flagstaff. This leaves some feeling elitist if they in fact, can afford to live there. There is little diversity in Flagstaff when it comes to lifestyle and income. Some may find this attractive; others find it exhausting.

Flagstaff (like much of Arizona) is also nearby to reservation land, and with that comes transient Native American visitors who are often not only unwanted in Flagstaff, but considered to be a nuisance. The lack of cultural awareness in Flagstaff can be a huge turn off for many, especially those who are raising families and want to do so in a diverse and accepting environment.

Is Flagstaff the place for you?

Are you thinking of moving to Arizona? If you want to call Flagstaff home, reach out to me at AZLiveStyles and let me help you find your dream home in beautiful Arizona.

← Top Things to do in Flagstaff AZ Should you rent or buy a home in Phoenix Arizona?  →