Pros & Cons of Living in Phoenix vs Living in Texas

Are you considering moving to Phoenix, Arizona? Or maybe Texas is on your mind? While they might seem similar, Arizona and Texas are very different. Moving to either requires a lot of thought. Do you want rodeos, blue ribbon barbeque, and through-the-roof property taxes? Or do you want hiking, world class tacos, and dashboard melting heat? Check out a few lesser known pros and cons to living in Phoenix vs. living in Texas.

Things to do in Texas vs Phoenix AZ:

You can find fun activities in both Texas and Arizona. How much you enjoy the activities of either state will depend on what you like to do. Dallas is a big sports town, after all, who isn’t a Dallas Cowboys fan?! Houston has an amazing foodie scene that is renowned countrywide. (Although the meat worshipping foodie scene of Texas looks a bit different from the foodie scene in Phoenix!)  Texas Rodeo events throughout the state are a very common Friday night activity for the average Texan.

Still, many would feel like there is more to do in Phoenix than Texas just because of how much more there is to do outside. Just a short drive from Phoenix, or even within the city limits, you can quickly get to hiking trails, camping spots, mountain biking, and even skiing. You won’t find any of that in Texas. While they are both desert states, the geography of Arizona’s desert is much more “up and down.” This elevation gain results in natural playgrounds all over the state.

There’s no doubt about it, Texas is greener than Arizona. Mature trees, grass, leaves that turn and fall in the autumn, these are all things you will find in Texas that are much harder to find in Phoenix. Certain parts of Arizona have more foliage than others, of course. There are even neighborhoods in Phoenix with large trees and fluffy bushes. But this isn’t the norm. You won’t see as much greenery throughout town in Phoenix as you will in Dallas or Houston.  Though Texas has its lush greenery, Phoenix offers the mountain desert view you can’t find anywhere in The Lone Star State. Whichever landscape is more desirable is strictly a matter of preference. 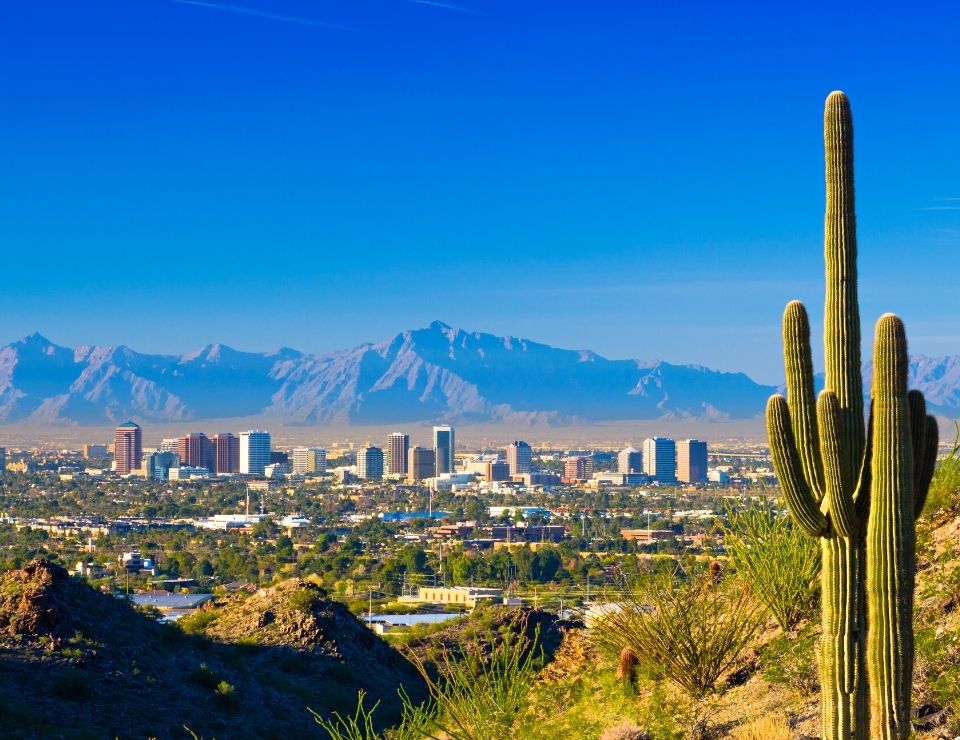 Cost of Living in Phoenix vs Texas:

Cost of living is made up of multiple expenses, and they aren’t all comparable between the two states. The biggest difference is that Texas has no income tax, so the property taxes are exorbitant. This makes it hard to calculate which state actually offers less expensive home prices. While a home in Texas may appear to be over the listed value, it might just be a matter of the property taxes being yet to be factored in.

Without income taxation on its residents, Texas relies heavily on property tax to support its economy. Gas is less expensive throughout Texas compared to Phoenix, and groceries are cheaper there as well. Generally speaking, with the exception of property taxes, overall it is less expensive to live in Texas than in Phoenix. 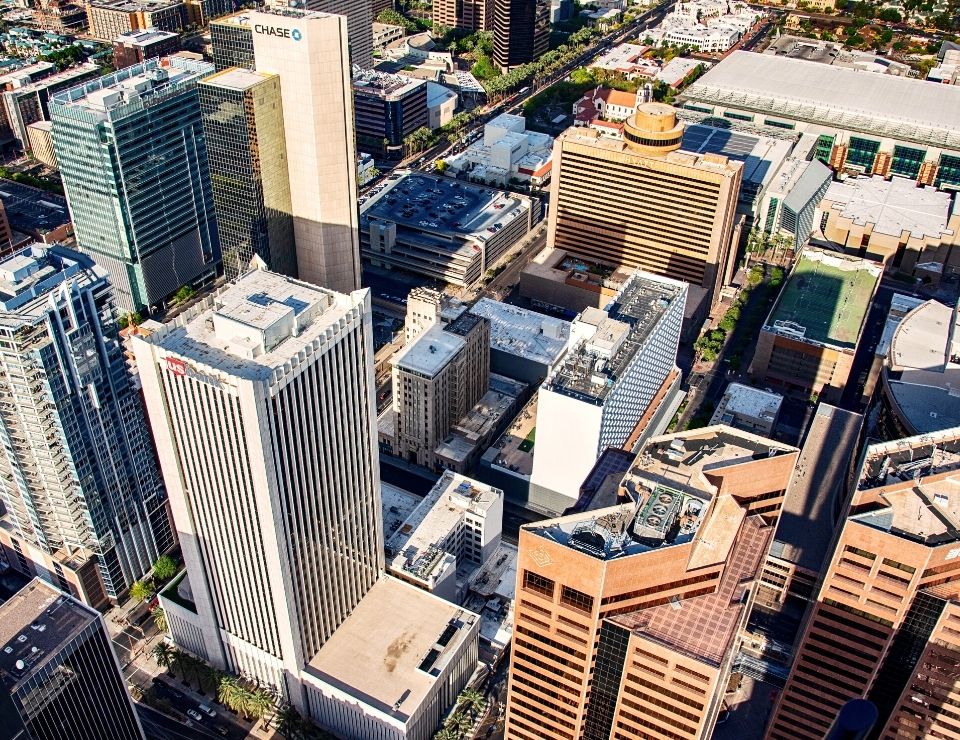 Phoenix gets really hot, everyone knows that. But Texas gets their fair share of flooding, tornadoes, bad freezes, hail storms, and even hurricanes. The weather throughout the year in both places tends to be fairly temperate, although parts of Texas definitely get much colder than Phoenix. But that’s Texas cold, not Minnesota cold. Texas is also much more humid than Phoenix, which makes the air feel stickier in the summer. Picking between the two is just about deciding which of these natural disasters sound most palatable. But remember, everyone claims Phoenix is a “dry heat” because of the lack of humidity, therefore feeling cooler. This is one of the biggest misconceptions about the city. It doesn’t matter how little water is in the air, when you experience over 100 days a year that exceed 100 degrees, that’s very, very hot.

Traffic gets congested in any big city, so neither Phoenix nor Dallas/Houston will have zero traffic. One advantage Phoenix does have, however, is it’s spread out nature. The Phoenix Metro Area is extremely broad, and because of this there’s more room for all of its residents to disperse. Areas like Scottsdale definitely get crowded on a Friday night, but you won’t see the bumper to bumper traffic that Dallas sees compacted into a small area.

*Toll Roads: Texas is known for its plethora of toll roads. If you plan on living in a big city and commuting often, or living in the suburbs and heading into the city daily, this will add up fast. Tolls should be factored into cost of living depending on where you choose to live and which roads you will have to utilize often. 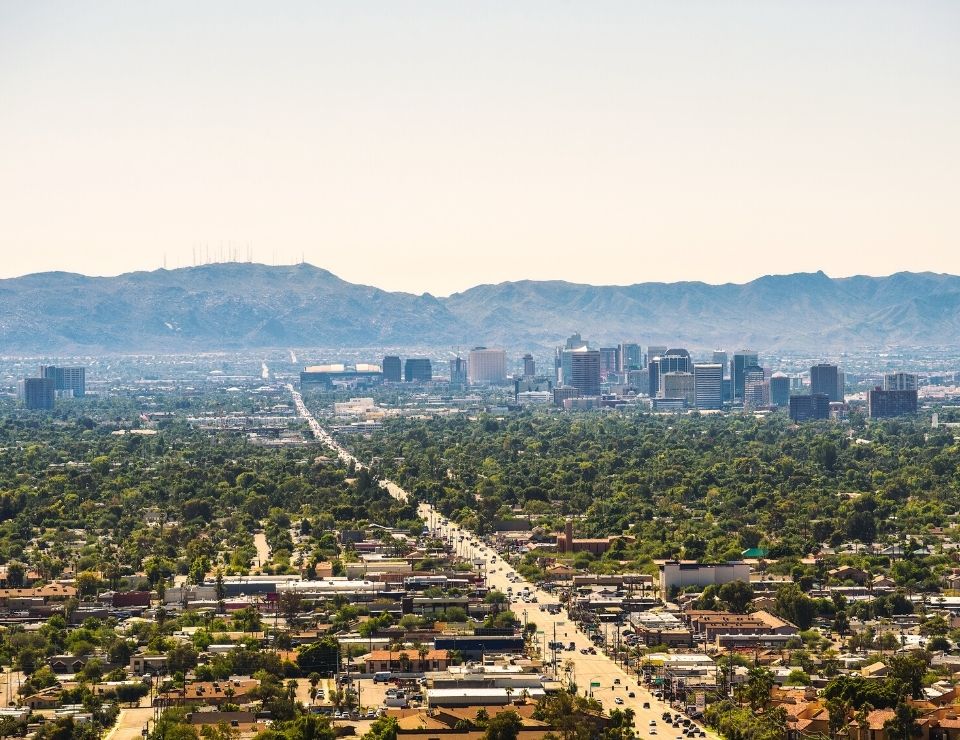 Learn More: Best Suburbs to Move to near Phoenix, AZ

How family friendly your environment is will depend on what part of town you live in. In either Phoenix or Texas, you can find parts of town with many families, or parts of town full of singles and young, childless couples. With that being said, because there’s so much to do outside in Arizona, it likely takes the cake when it comes to being family friendly.

On the flip side, Texas has a better public school system than Arizona. Because of this, many Texas families opt to send their children to public schools instead of private schools. This not only saves them from spending money on tuition, it cultivates an environment that places a great level of importance on education. From field trips to museums, or well maintained libraries, to teachers being more appropriately compensated, it’s easy to see how a well supported school system serves all of its community, not just children.

It’s important to remember that the topic of education and schools are multifaceted and can be very subjective. Just because a school ranks lower than another does not mean students at the former can’t get a good, well rounded education.

Are you thinking of moving to the Phoenix Metro Area? If so, reach out to me at AZLiveStyles, I would love to help you find your next home in the Valley of the Sun. 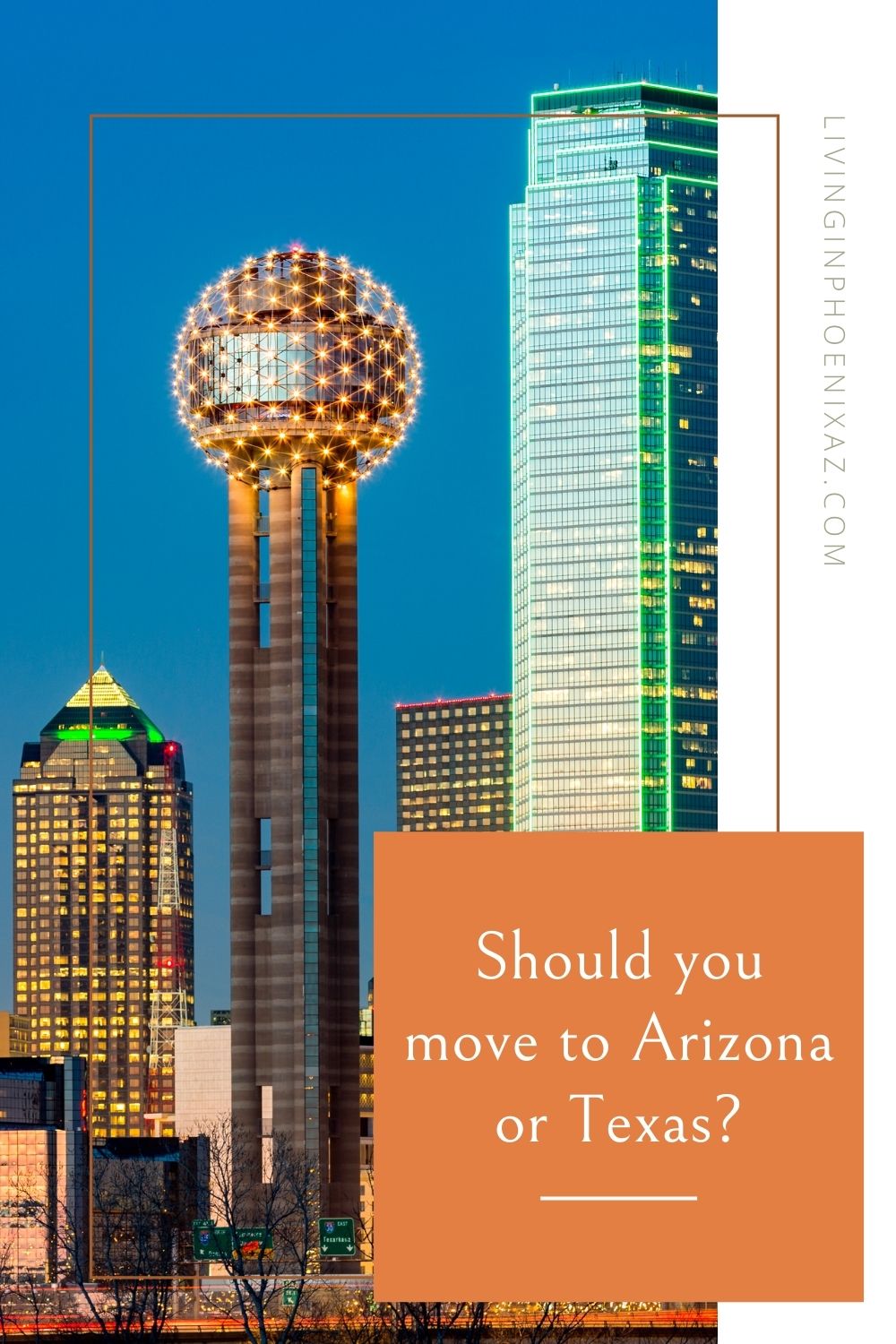 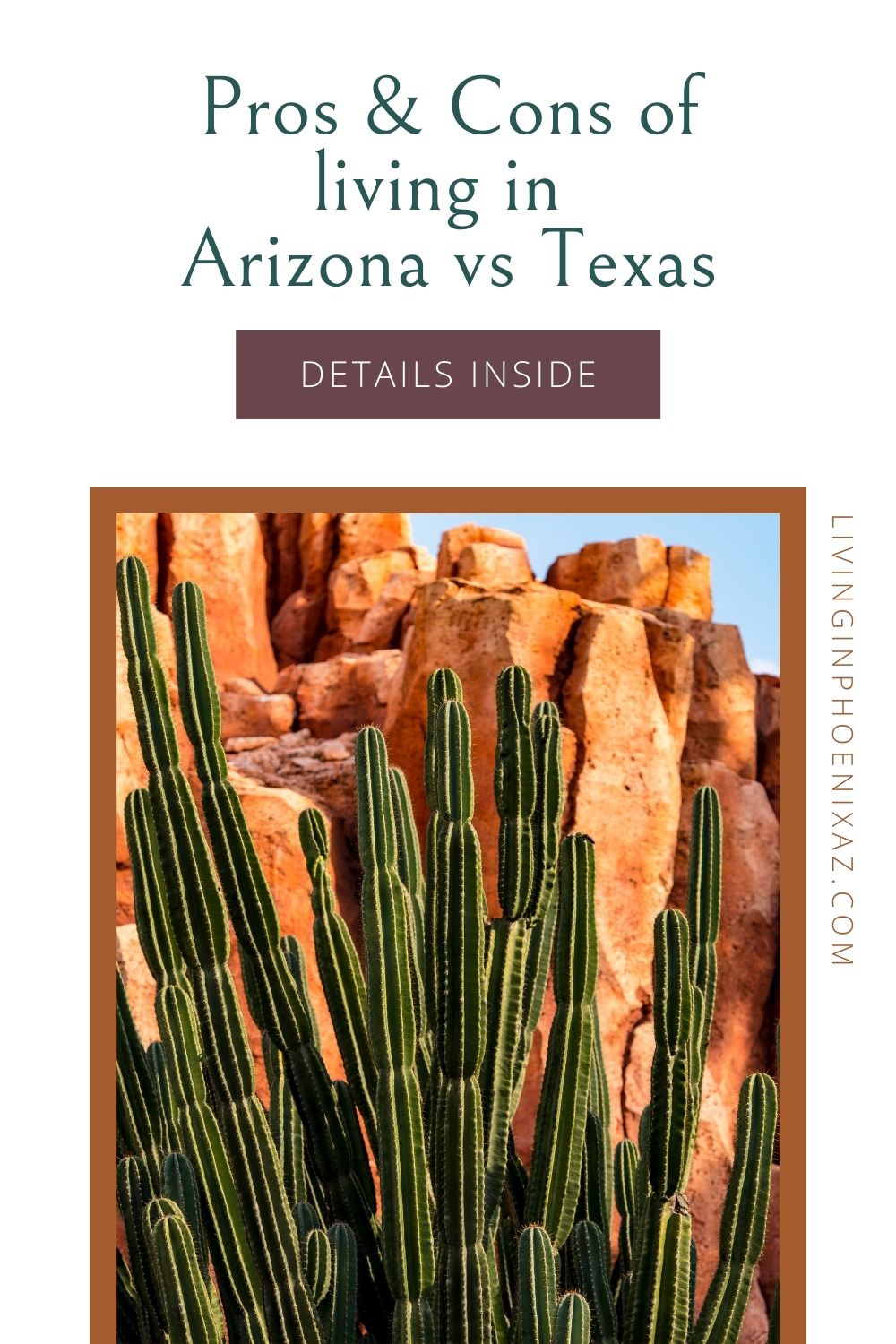 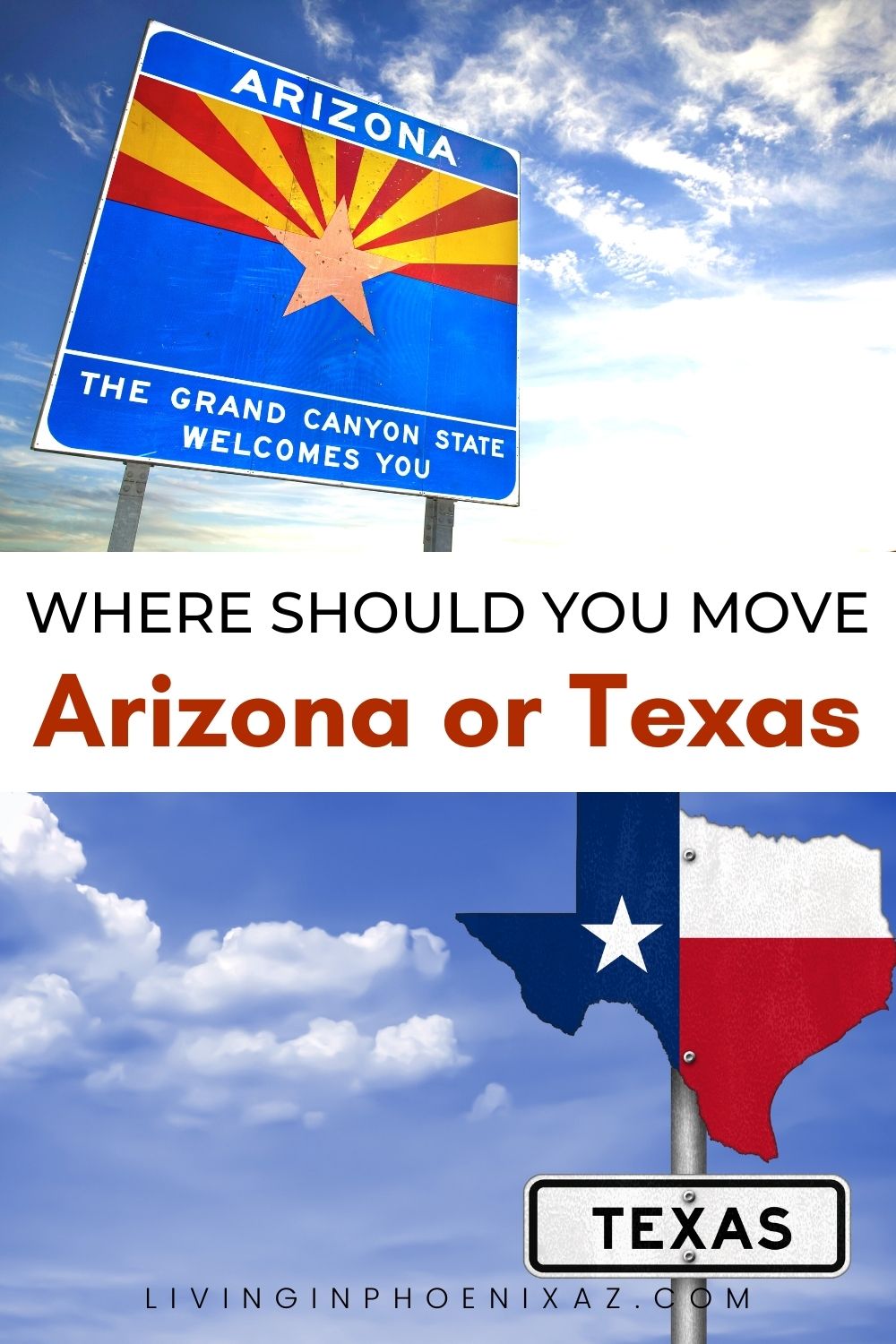 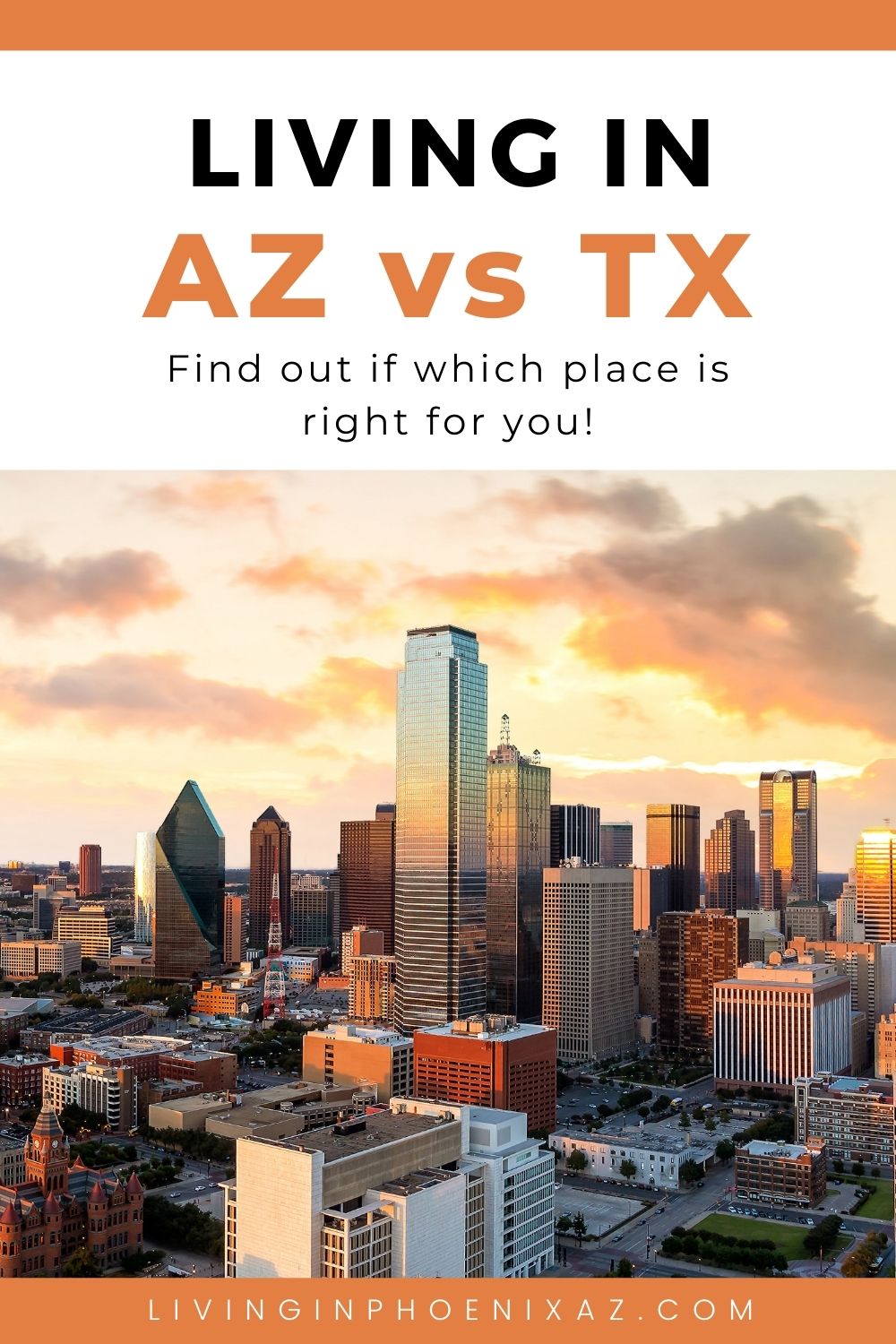