What is it like living in Northern Arizona vs. Southern Arizona? Thoughts of the state might evoke images of tumbleweeds, tacos, and an onslaught of Grand Canyon Visitors flocking to see America’s only Natural World Wonder. But Arizona is more diverse than you might imagine, and the difference between the northern parts of the state and the southern parts can be pretty noticeable. If you’re thinking of moving to Arizona, you might want to learn a bit more about the weather, culture, and cost of living in northern and southern Arizona.

Some states like Rhode Island are so small that there isn’t much room for lifestyle, geography, and climate variation. But larger states, such as California and Florida, can sometimes feel like entirely different states depending on your location. Arizona seemingly falls somewhere in between, but be warned, the locals will tell you anything but. There are a few “here to stay” differences, and some of them may come as a surprise.

The landscape and geography of Arizona is probably the most recognizable difference between the northern and southern ends of Arizona. When you think about it, state lines aren’t anything more than man-made designations, so the edge of every state often bleeds into the geography of its neighbors. The geography of Northern Arizona is somewhat vertical, with wooded forests and even mountains. This is where you will find Arizona’s ski resorts and higher elevation summer getaways. This area even gets snow, something non-Arizona residents often find hard to believe.

As you head south through this state so well known for its desert landscape, you’ll see just that. A lot of desert. But even the desert changes throughout the state of Arizona. In areas like Sedona, the desert is dotted with stunning buttes and spires reaching up towards the expansive sky. As you near the Sonoran Desert, the land stretches flatter, and becomes home to a variety of cacti and succulents, such as the iconic Saguaro Cactus. There are still rolling hills in this area, and even some rather steep inclines if you’re hiking somewhere like Saguaro National Park, outside of Tucson. But for the most part, the closer you get to Mexico, the flatter it’s going to be. 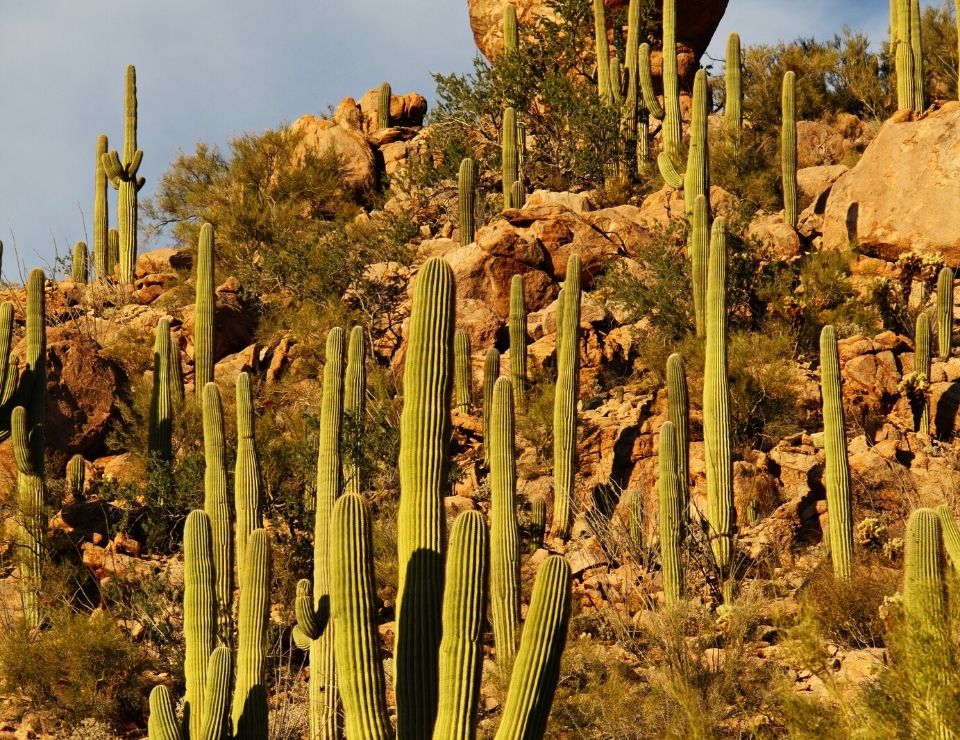 Learn More: Reasons why people are moving from California to Phoenix

If you have even a basic understanding of equatorial science, you probably assume Southern Arizona is hotter than Northern Arizona, and that’s absolutely accurate. Not only is Southern Arizona descending further towards the sun’s most powerful rays, but it’s flatter, more arid, and more concentrated with people and smog pollution. This isn’t to say you won’t have beautiful weather if you live in Southern Arizona, but just know that there will be many days out of the year that exceed double digits in Fahrenheit. For most of the year Northern Arizona experiences lovely temperatures. Cities with higher elevation, like Flagstaff and Sedona, are popular destinations all year thanks to their comfortable weather. During the summer you could often enjoy cool weather in one of these cities that even calls for a light sweater on the same day in which Phoenicians are experiencing a heat advisory warning them to limit time outdoors or in direct sunlight.

Northern Arizona experiences more rainfall and snow than Southern Arizona. (Well, you really won’t ever see snow in Southern Arizona, but…never say never.) Because there is less rainfall throughout the year, the monsoon season hits Southern Arizona a bit harder. With so much dust and very few trees and vegetation to help soak up the deluge, the roads and infrastructure of Southern Arizona can’t take it when the skies open up and dump what feels like half of the world’s water supply. When it’s not torrentially raining, the dust storms ravage the southern half of the state with a fury. Meanwhile, all they might get up north is a bit of a breeze. 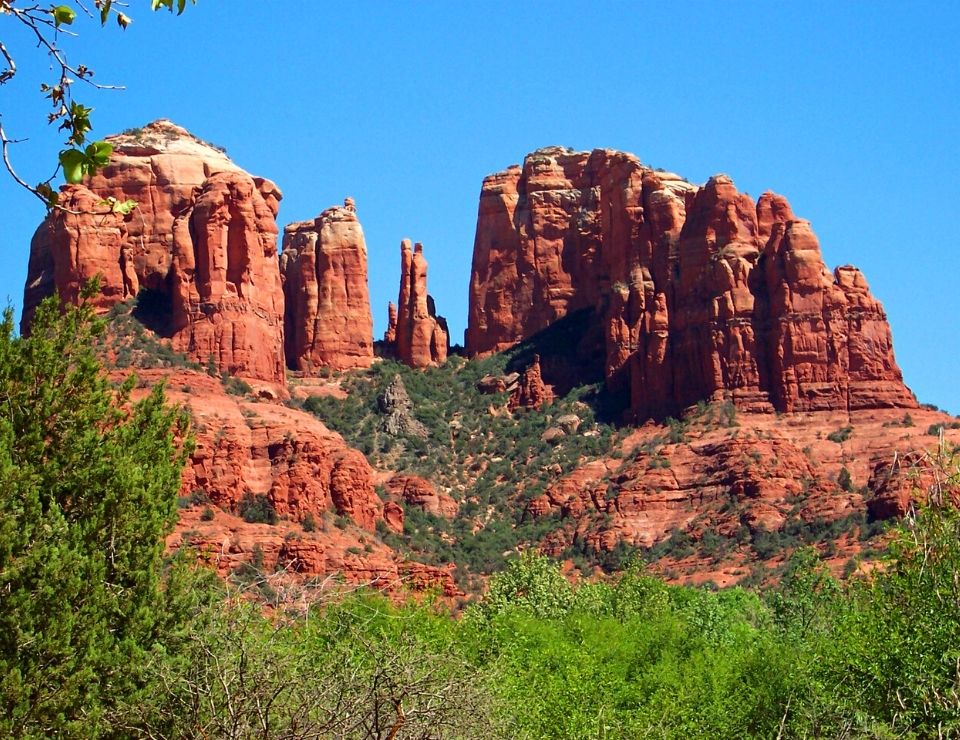 While Arizona was once considered to be a red state, it’s more or less purple these days. Any large urban area, such as Phoenix and Tucson; will be more liberal than the smaller outcropping cities. But you will still see plenty of Trump flags and bumper stickers just about anywhere in the state. Theoretically, Arizona still has more registered republicans than democrats.  Annually this number fluctuates, making Arizona a very important battleground state. Arizona seems to want a government that sits right in the middle, and that’s exactly what you will experience living there.

Contradictions of politics and culture abound in Arizona, which only makes sense as its urban areas grow larger and larger within the Wild West. You’ll see a lot of firearms for a state known to be LGBTQ friendly. (Not that conservative open carry laws and liberal human rights laws have anything to do with each other, but they don’t usually occur simultaneously.) Arizona legalized the use of recreational marijuana recently, but while this was once a move reserved for the most liberal of states, it’s becoming the norm all across the United States. The good news is, whatever your political and cultural beliefs may be, you can likely find plenty of your own kind in Arizona. And even if your views differ from that of your neighbors or colleagues, Arizona is known to be an extremely friendly state…so surely we can all still be friends! 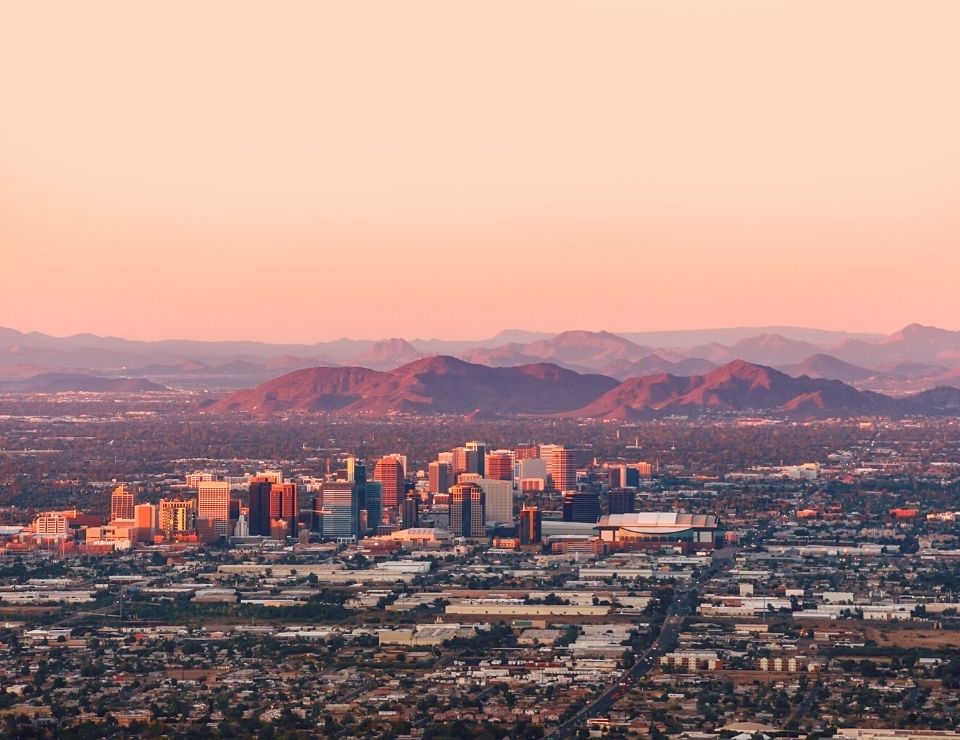 Between northern and southern Arizona, there’s a palpable cultural difference, though it’s not usually noticed by outsiders. At least, not in the way you notice the difference between laid-back surfers strolling the streets of Southern California, while their fellow residents up north bike about the hustle and bustle (and significantly colder) streets of Silicon Valley and San Francisco. With its milder temperatures, Northern Arizona tends to attract more snowbirds and retirees. Nobody wants to spend their golden years baking in an oven, especially considering the golf courses of Southern Arizona are rendered nearly unbearable during the summer heat.

You’ll see more young people living within the larger city limits, like Scottsdale, Phoenix, and Tempe (especially near the university.) Most of these bigger cities are in the central and southern portions of the state, so one could say Southern Arizona is “younger.” The Hispanic population grows as well as you head further south in Arizona towards the Mexican border.  Spanish is not only a common second language of Arizona residents, but often the only language spoken in many businesses and rest stops in highly Hispanic or remote areas of Southern Arizona. Last but not least, if you ask anyone from either end of Arizona, they will claim they have the best tacos…best to try them all to find out! 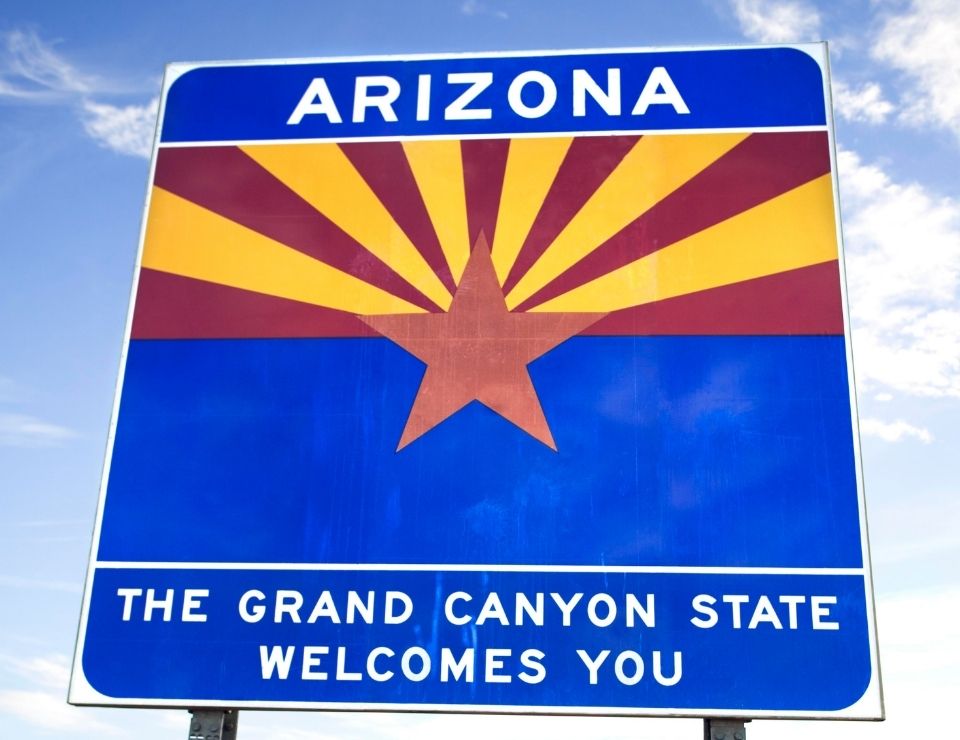 Learn More: Challenges when buying a home in Flagstaff, Arizona

Cost of living in AZ can vary greatly, and aside from certain neighborhoods or cities, there isn’t a palpable difference in expense between northern and southern Arizona. It’s always more expensive to live in big cities, so Phoenix and Flagstaff have a higher cost of living than many other parts of the state. Aesthetics play a big role as well. Many of the suburbs of Phoenix, with their sprawling desert view and multi-story mansions are anything but cheap. Still, for people living on America’s coasts, Arizona is calling to them for just this reason.

Arizona is a beautiful place with a high quality of living and a low cost of living. Even the expensive parts of Arizona pale in comparison to the skyrocketing cost of living in states like California or Washington. It’s not just those with palatial coastal homes who experience these steep expenses, either. Arizona’s growing population can absolutely be credited to the influx of people looking to escape the trap of an exorbitant cost of living and getting very little for it. Arizona has relatively low state and sales taxes, and if you find the right place, you can truly get a lot for your money when it comes to homes and land. Residents of many states are packing up and heading for Arizona’s greener pastures. Green as in…more green they get to keep! 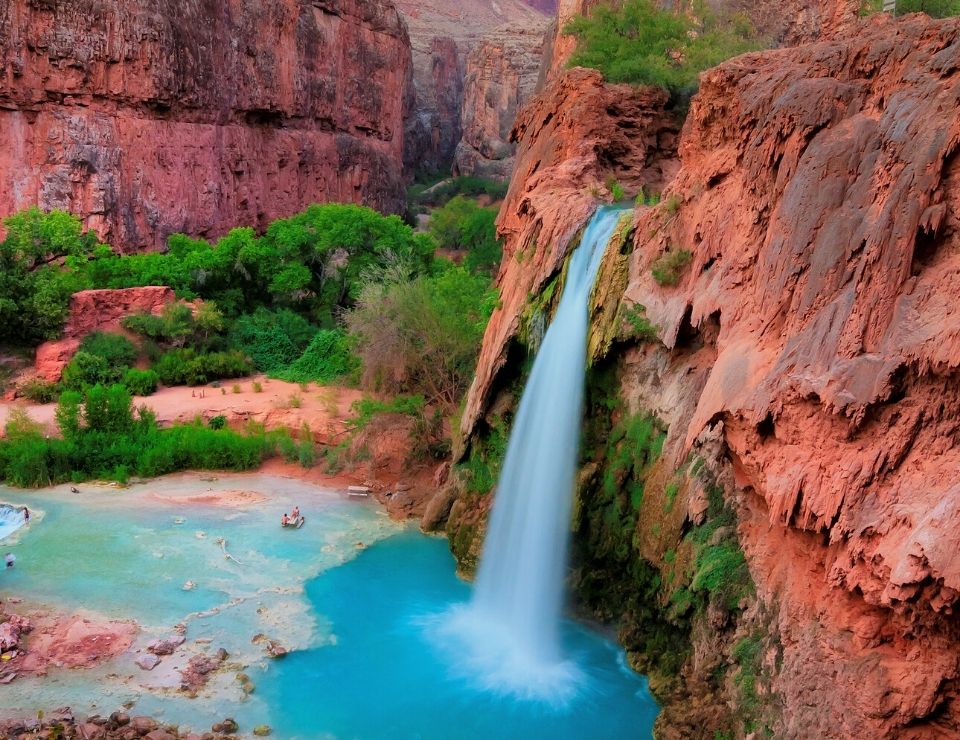 If you are considering moving to Arizona because you’ve heard all the hype about the affordable cost of living, do yourself a favor and adjust your expectations before you dive in. Don’t expect living in Arizona to be dirt cheap! This is one of the most common misconceptions about the state. Yes, you can get a great deal, with good schools, and clean air, and plenty to do on the weekends. But you won’t be finding a mansion with a fountain in the pool for $60,000. Arizona is affordable, but it isn’t free.

Looking to move to Arizona?

Are you thinking of moving to Arizona? If so, reach out to me today at AZLiveStyles, I would love to help you find your next home in the Phoenix Metro Area. 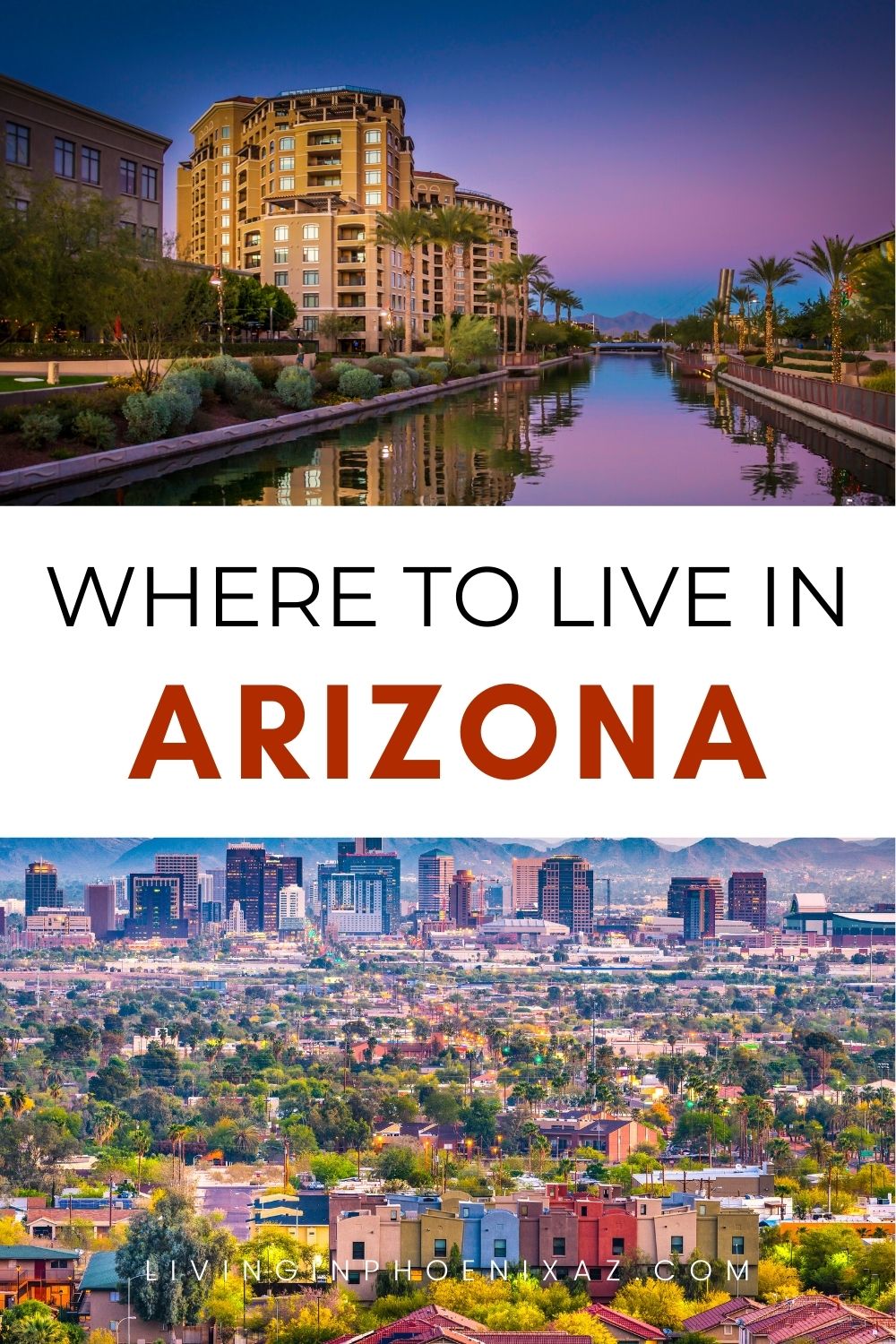 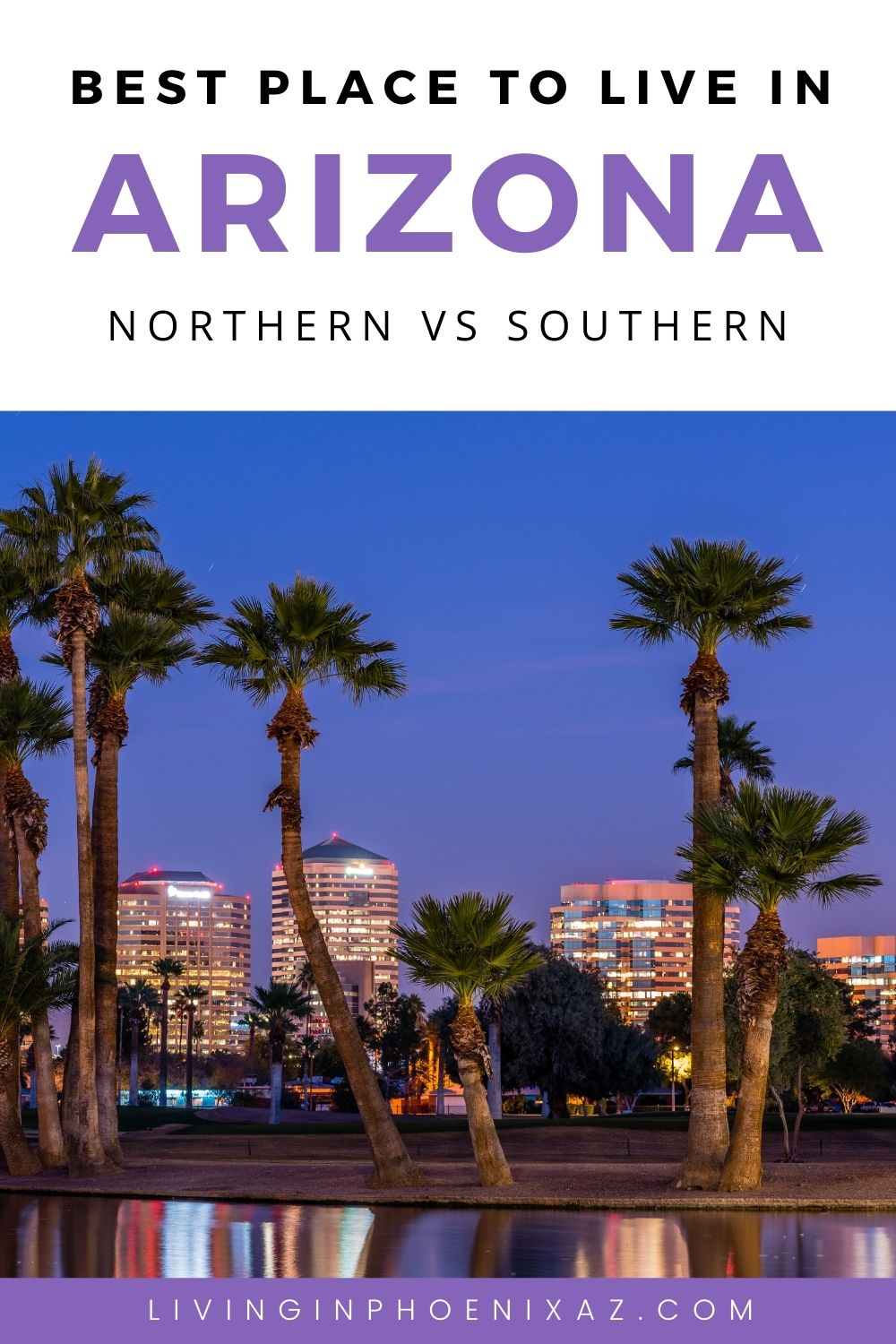 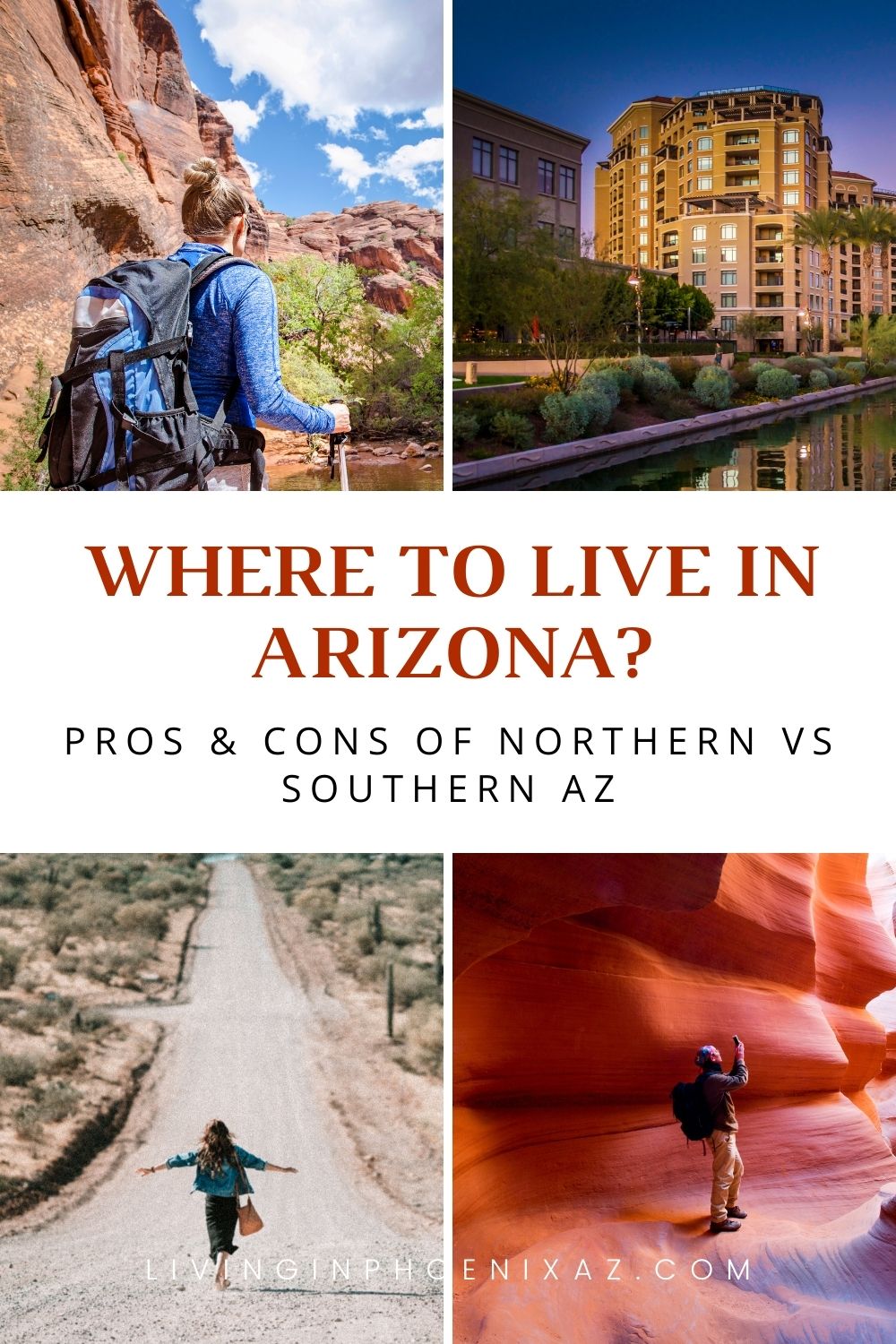 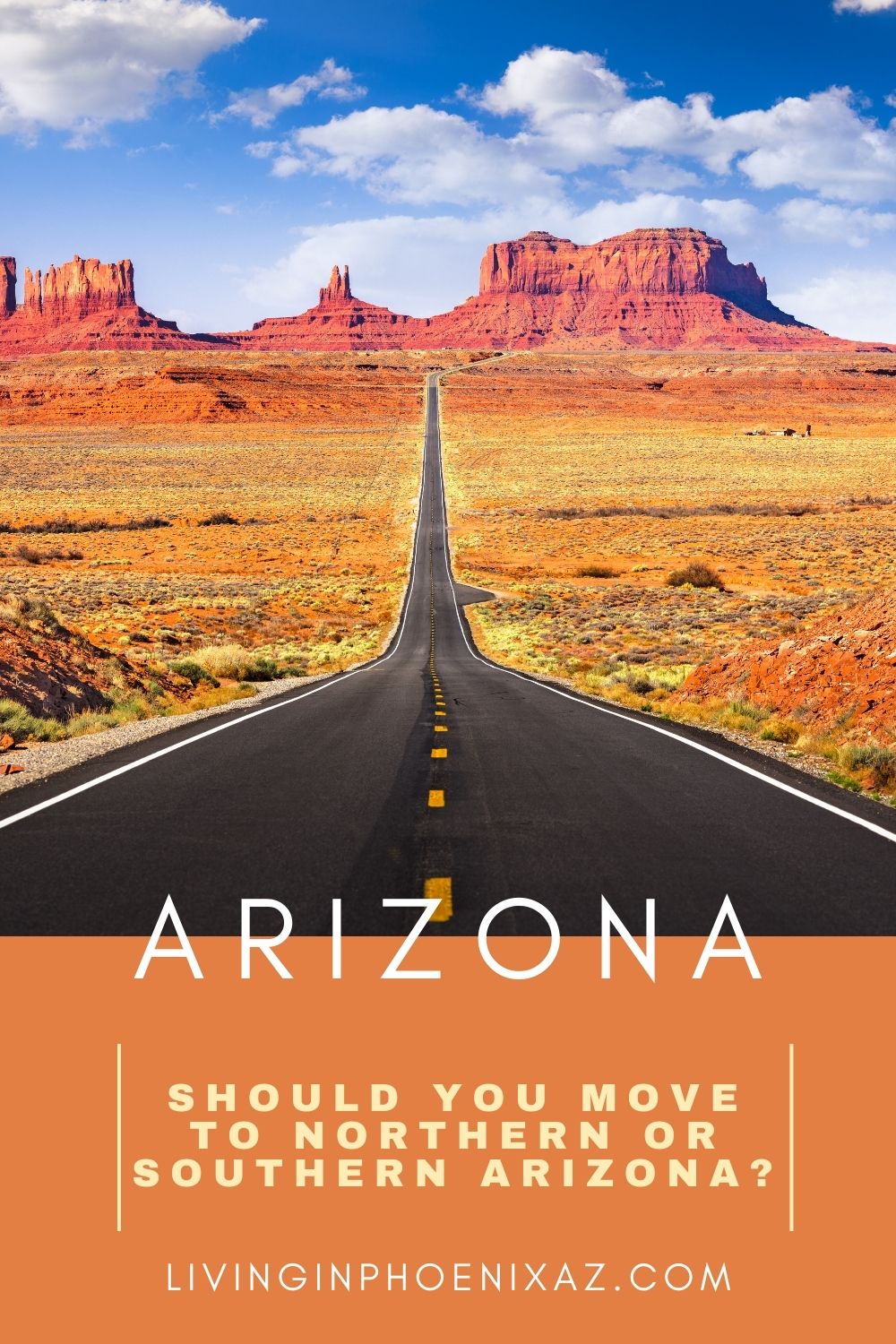