Living in Phoenix vs Living in Chicago

Are you thinking perhaps it’s time to pack away your parka and break out the year-round shorts and sandals? If you’re considering moving to Phoenix from Chicago, you’re probably sick of the snow and ice, and you’re ready to see what life is like in the Valley of the Sun. Both cities have a lot to offer (and a few drawbacks of their own) so let’s check out five of the biggest similarities and differences living in Phoenix vs. living in Chicago.

Both Phoenix and Chicago have more expensive and more affordable parts of town, but when it comes to the general cost of living, they are pretty comparable. Chicago scores slightly lower on some charts, but it seems to fluctuate enough throughout various sources to the point that it wouldn’t be accurate to say there is a clear winner. Gas is more affordable in the Midwest, but it’s also extremely expensive within the city.

Both cities have good public transportation, but someone could argue one or the other is better. Housing prices do show a differentiation (more on that later) but the cost of utilities seems to even out because both Chicago and Phoenix experience extreme weather.

Chicago and Phoenix are both large cities, and city living almost always equates to a higher cost of living. If you are comparing the suburbs around both of the cities, the Chicago suburbs are slightly more affordable than the Phoenix suburbs (excluding parts of town that are known to be very high end and expensive.) Midwestern living tends to be some of the cheapest in the country, so when it comes to groceries, dining out, shopping, and general daily expenses, Illinois is a more affordable state than Arizona. 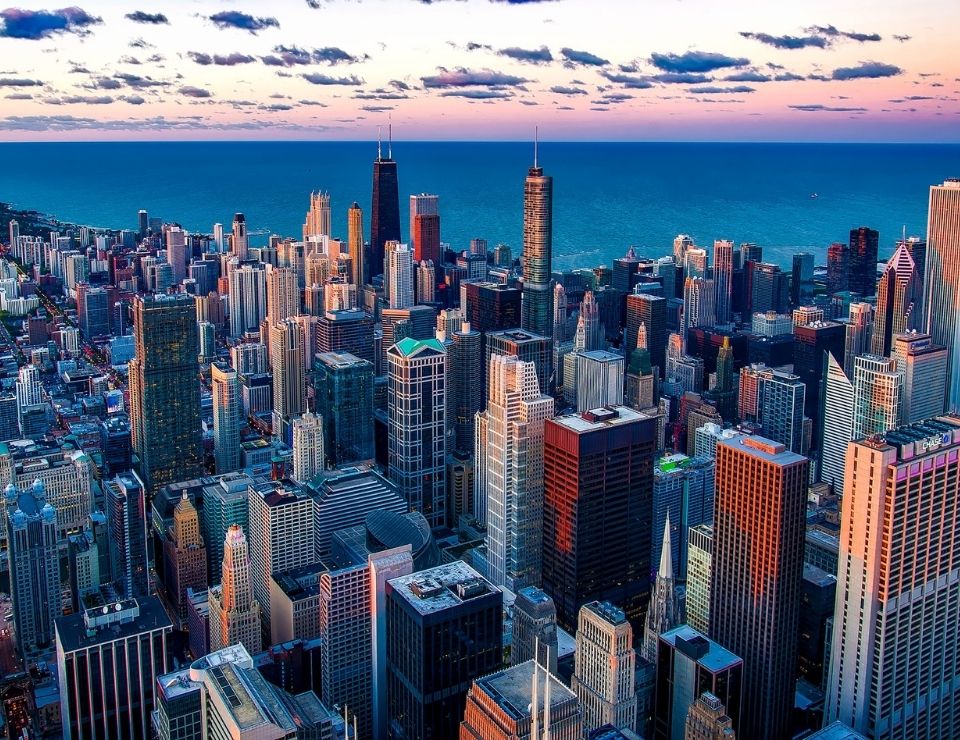 Housing prices in Phoenix vs Chicago

From the outside looking in, one can quickly see the cost of housing is more expensive in Phoenix than in Chicago. The median home price in Chicago is currently about $307,000, while the median home price in Phoenix is currently about $443,000. That’s more than a hundred thousand dollars more expensive. But these numbers fluctuate throughout the year, and who can tell what the housing market will look like in a few years after we settle a bit more from the COVID19 pandemic.

One of the main reasons housing is more affordable in the Chicago area is because the cost of living in the Midwest is so much cheaper than it is in much of the west. There are no mountains or beaches to be found in Chicago (yes, the Great Lakes do have beaches, but it’s hardly coastal.) When you live in a place close to so much to do, the prices go up.

There are absolutely homes in Chicago that are well over a million dollars, especially those with prime real estate within the city. But on average, buying a house in Chicago will be more affordable than doing so in Phoenix. 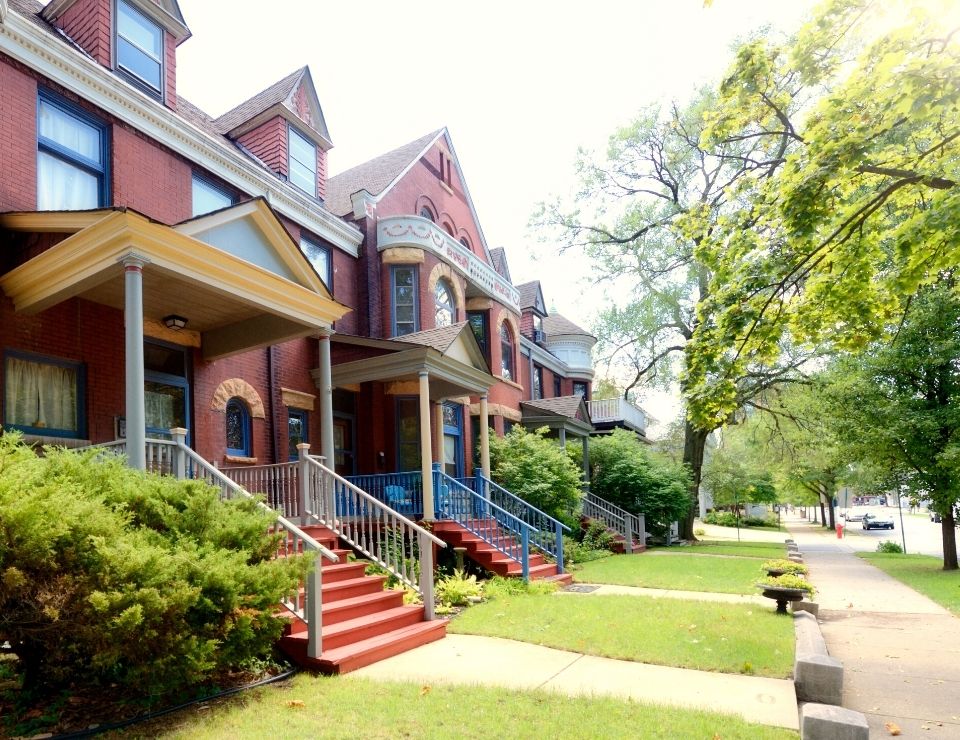 If you want to live in a city with good public transportation, Chicago wins this one far and wide. The train system in The Windy City is nearly as renowned as New York City’s subway, or London’s tube. Not only can you get around the city with ease if you take the train, there are plenty of stops taking commuters to and from the city if they live in the suburbs.

Many people who work in the city (or just like to visit) drive to a train stop and park their cars. This way they can enjoy a nice ride into the city without dealing with the headache of Chicago traffic, they save money on gas, and they reduce their carbon footprint.

Assuming you don’t see yourself riding the train around town regularly, Chicago is certainly a city in which having a car can be advantageous. The entire area surrounding Chicago, “The Region” as locals often refer to it, is very sprawling. The price of gas in the Midwest is cheaper than it is in Phoenix, but your car will be under assault seasonally by a whole new menace: salt.

The roads in Chicago are covered with salt throughout the winter to mitigate the buildup of ice when winter weather comes through, and this can really wreak havoc on cars. It’s important to get your car washed as often as possible to remove the salty buildup from your undercarriage. Once you begin to see rust, it’s already too late. 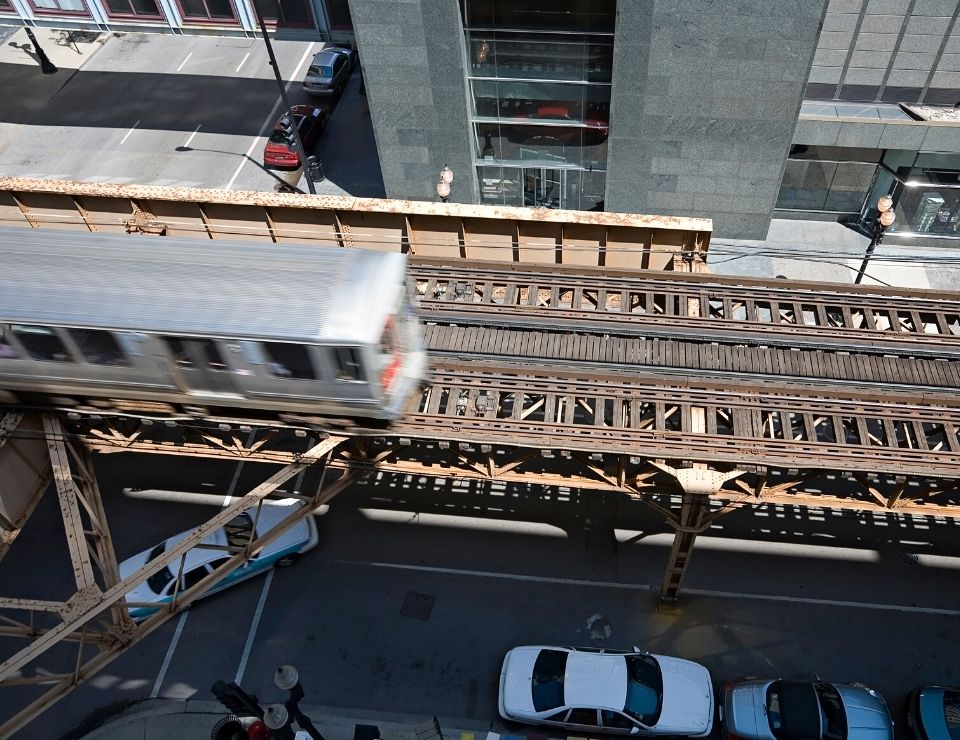 Learn More: Living in Phoenix AZ versus Living in Texas

If you think you are going to flee icy and snowy Chicago to head to Phoenix and live like you are on a Mexican beach all year long, you are in for a rude awakening when the summer rolls around. It goes without saying that generally speaking, Chicago is cold, and Phoenix is hot.

But there’s more to the weather in both locations. Chicago gets very hot in the summer. Not as hot as Phoenix, but still very hot. If you live in Chicago, you will experience all four seasons, something that many would actually miss if they left. The leaves change in the fall, trees bud and bloom in the spring, and Christmas often means a blanket of snow.

Though Phoenix residents experience more temperate weather than those who live in Chicago, there are still months that are just hard to get through. While you might be happy to say goodbye to sidewalk shoveling in January, you might be second guessing your decision when July rolls around and it’s already been sweltering hot for three months…and you have another two to go.

Luckily, we find ourselves living in the twenty-first century. We have marvels such as air conditioning and patio misting to make the heat a bit more bearable. We also have furnaces and seat warmers in cars to warm our buns on the way to work when it’s fifteen degrees outside. The bottom line is, there are inconveniences no matter where you choose to live, you just have to decide which of them sound the worst to you. 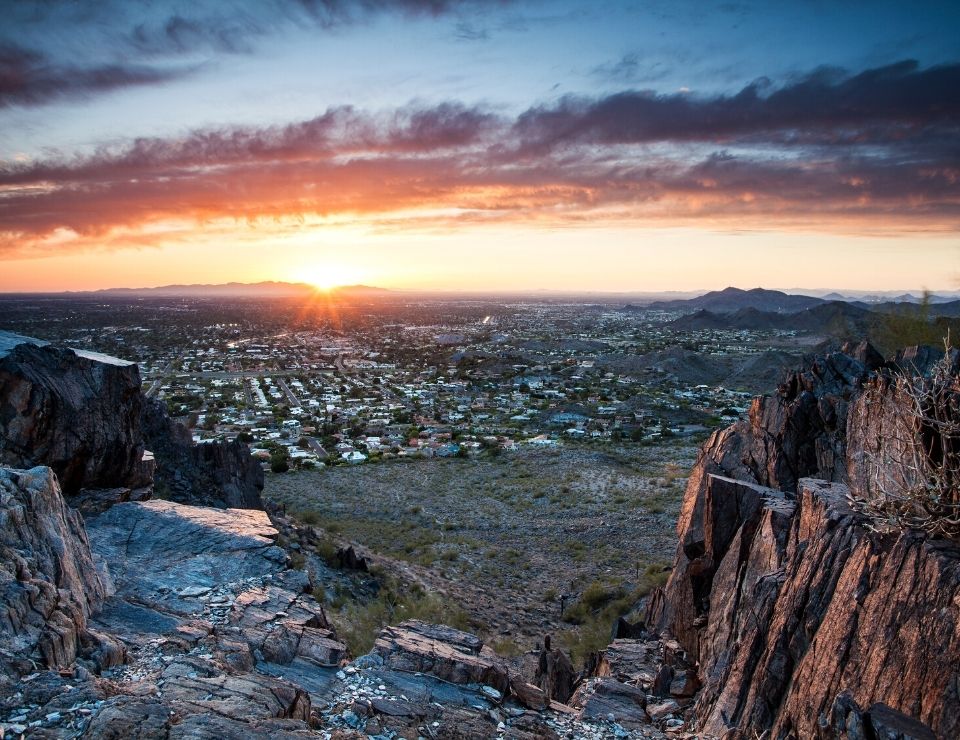 Lifestyle Between these two cities

This is one of the most subjective comparisons on our list, as it looks different for every person. Still, there is a vast difference in lifestyle in these two areas. You likely already know that Phoenix (Arizona in general) is a huge destination for snowbirds and retirees. There are plenty of Phoenix residents who have fled colder parts of the country to enjoy the warm weather and excess of golf courses. But aside from the over sixty-five demographic, the lifestyle in Phoenix is an active one.

If you move to Phoenix and make friends with neighbors, colleagues, or parents from school, you can expect that it’s only a matter of time before you get invited on a hike. Phoenicians love to get out and exercise! The same can be said of the food scene. Health food grocery stores are all over town. Menus offer healthy and fresh options when you dine out. The general feeling of healthiness is palpable in Phoenix, its residents want to be in great shape for all of that hiking! 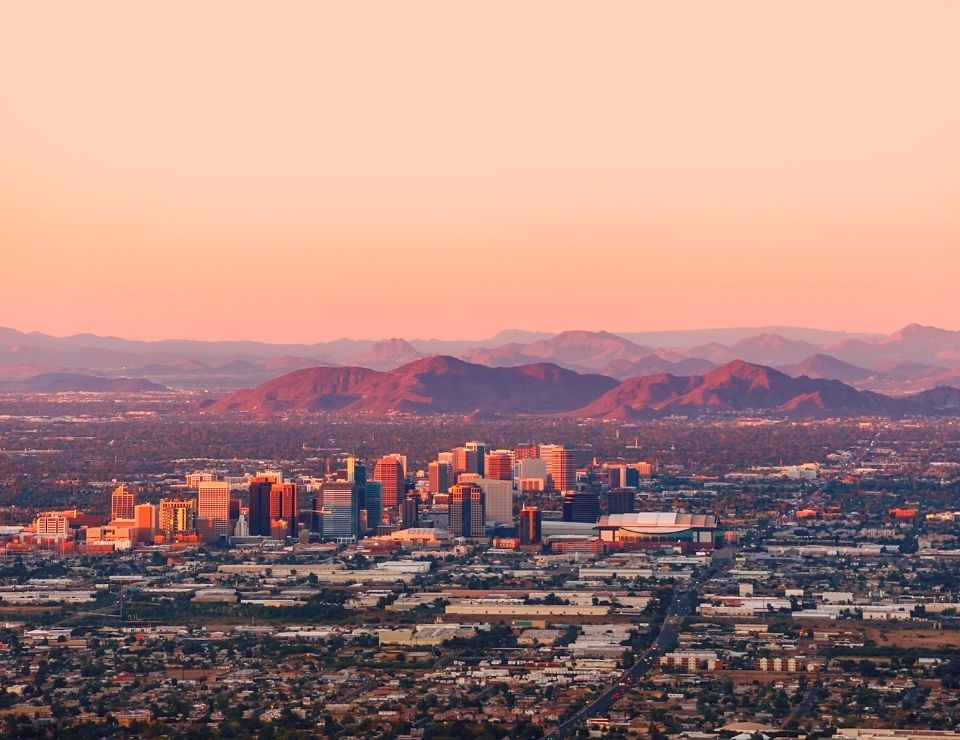 Ok, ok, now everyone who is Team Chicago is thinking “Hey, we aren’t just a bunch of fat slobs over here!” This is of course true. There are healthy and unhealthy people in every city, in every country. But the Midwest is a melting pot of many people from all over the world, and Chicago has an especially prominent German, Italian, and Irish population. What food do you think about when you think of those countries? Meat, potatoes, pasta, sausage…not exactly light fare. These foods aren’t inherently bad for you, but they are carb and protein rich.

The weather greatly plays into the diet of the Midwest as well. Whether we realize it or not, we crave starch and heavy foods when the weather is telling our bodies it’s cold and we need extra calories.

Picture this; it’s a cold, wet, windy day. You have just walked fifteen minutes in the snow with your coworkers on your lunch break, and you are trying to decide between two restaurants: a cozy pub, and a vegan eatery. Hmm, a shepherd’s pie, or a salad…you tell me! This isn’t to say there are not vegan and vegetarian residents in Chicago who would pick the latter, even in the dead of winter, but there will certainly be fewer of them in Chicago than there are in Phoenix.

Which city is better to live in? Phoenix AZ or Chicago IL?

With all of this comparison, which city came out on top? Both of them did! Chicago and Phoenix are both cities rich with history, culture, job opportunities, great food, and so much more. One isn’t better than another, they are just different. If you’re thinking of moving to either city, this is just a good jumping-off point…the rest is up to you!

Are you thinking of moving from Chicago to the Phoenix area? If so, reach out to me at AZLiveStlyes, I would love to help you find your next home in beautiful Phoenix, Arizona.

← 8 Things I hate about living in Phoenix, Arizona Fun Things to do in Phoenix →